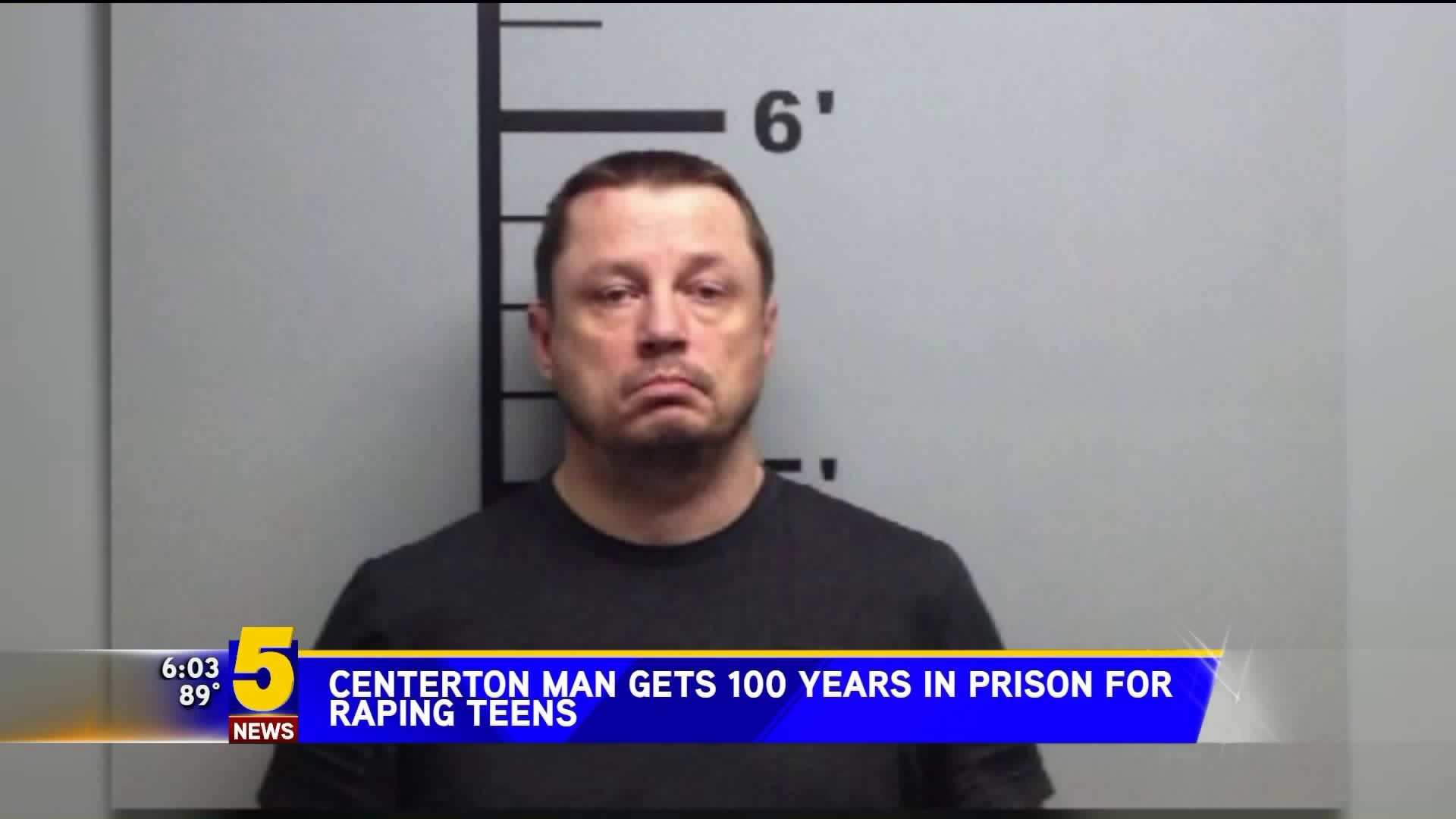 BENTON COUNTY (KFSM) — A Bentonville man was sentenced Tuesday (Sept. 25) to 100 years in prison for raping two teens and recording their torment.

Damon Wayne White, 41, pleaded guilty in Benton County Circuit Court to rape, sexual assault and two counts of engaging children in sexually explicit conduct for use in a visual medium.

Judge Robin Green said she didn't sense any remorse from White, telling him "there's a place in hell for you."

She praised the victims, calling them survivors and heroes.

"Hold your head up high, you've done what you had to do to survive," Green said.

Centerton Police arrested White in January after learning two girls had accused him of drugging and raping them in spring 2017, according to court documents.

One of the girls, a 15-year-old, said White forced her to use cocaine at gunpoint and then raped her.

She said White also forced her to film the rapes so he could watch them.

The 15-year-old also told police White would force her to wear lingerie he bought online for her, and he once handcuffed himself to her, according to the documents.

Another girl, a 16-year-old, said White raped her in April 2017. She added that White gave her a brownie possibly laced with drugs to subdue her.

The girl said the brownie made her feel “woozy” and she had trouble clearly remembering events from that day, according to the documents.

"One-hundred years is only a fraction of the punishment he deserves, but we're confined by law of what we can do," said Nathan Smith, Benton County prosecutor.

Smith said his office spent the last year working on the case, which he described as especially evil.

"What we want to do in each of these cases is try to put the victims in a position where they can heal, and I think we've done that," Smith said.

"So, I'm happy that they were able to get the resolution they wanted."

White was indicted earlier this month in federal court on similar charges, but those are expected to be dropped, Smith said.