The Bentonville School District is trying to raise a million dollars to replace the turf at the high school’s football stadium and soccer field. If the tu... 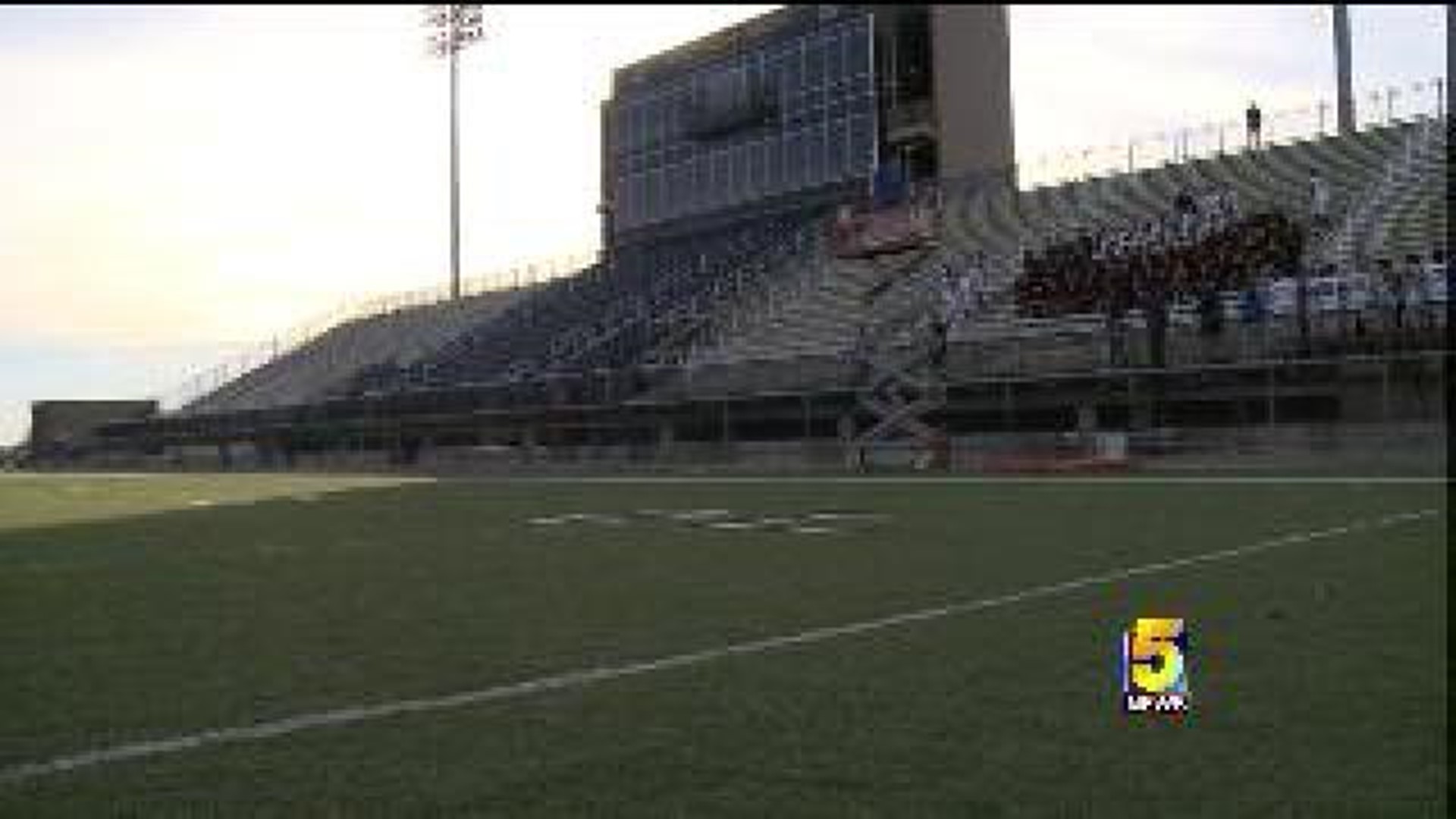 The Bentonville School District is trying to raise $1 million to replace the turf at the high school's football stadium and soccer field. If the turf fields do not get replaced, the athletic teams might find it difficult to play on the surface, administrators say.

Bentonville Schools Athletic Director Scott Passmore said Athletic Surfaces Plus, in Memphis, Tenn., will be assisting the district with a campaign to raise about $1 million to replace the turf on the football and soccer fields. He said the district's intent is to pay for the projects entirely with donations.

Bentonville High School Football Coach Barry Lunney said it is time for the artificial turf to be replaced.

"We are at a point right now where we really don't have a choice or we may be not be able to play," Lunney said. "I mean, that's where we are."

Passmore said the district had the fields evaluated in 2012. Rubber was added to the football stadium, indoor facility and softball fields at a cost of $55,000.

"We ended up having to do several thousand dollars of renovations just to try and get the fields to last a couple more years," Passmore said. "Now we are at this point. We are having some problems with the fibers, and the seams on the fields are wore out."

Lunney said the current condition of the field can be hazardous to those using it.

Passmore said the goal is to raise the necessary money by March and complete the projects by August.

"We are very fortunate to live in a community where people want to be involved and they want to help out the schools," Passmore said. "We have set our goal high and we think we can do it."

Passmore told 5NEWS if enough money is raised, the Tiger Stadium scoreboard may also be replaced.