Bentonville Bomb Squad Talks About What To Look Out For

BENTONVILLE (KFSM) — The Bentonville bomb squad is the only bomb squad in Northwest Arkansas. They have five certified bomb technicians and will soon have... 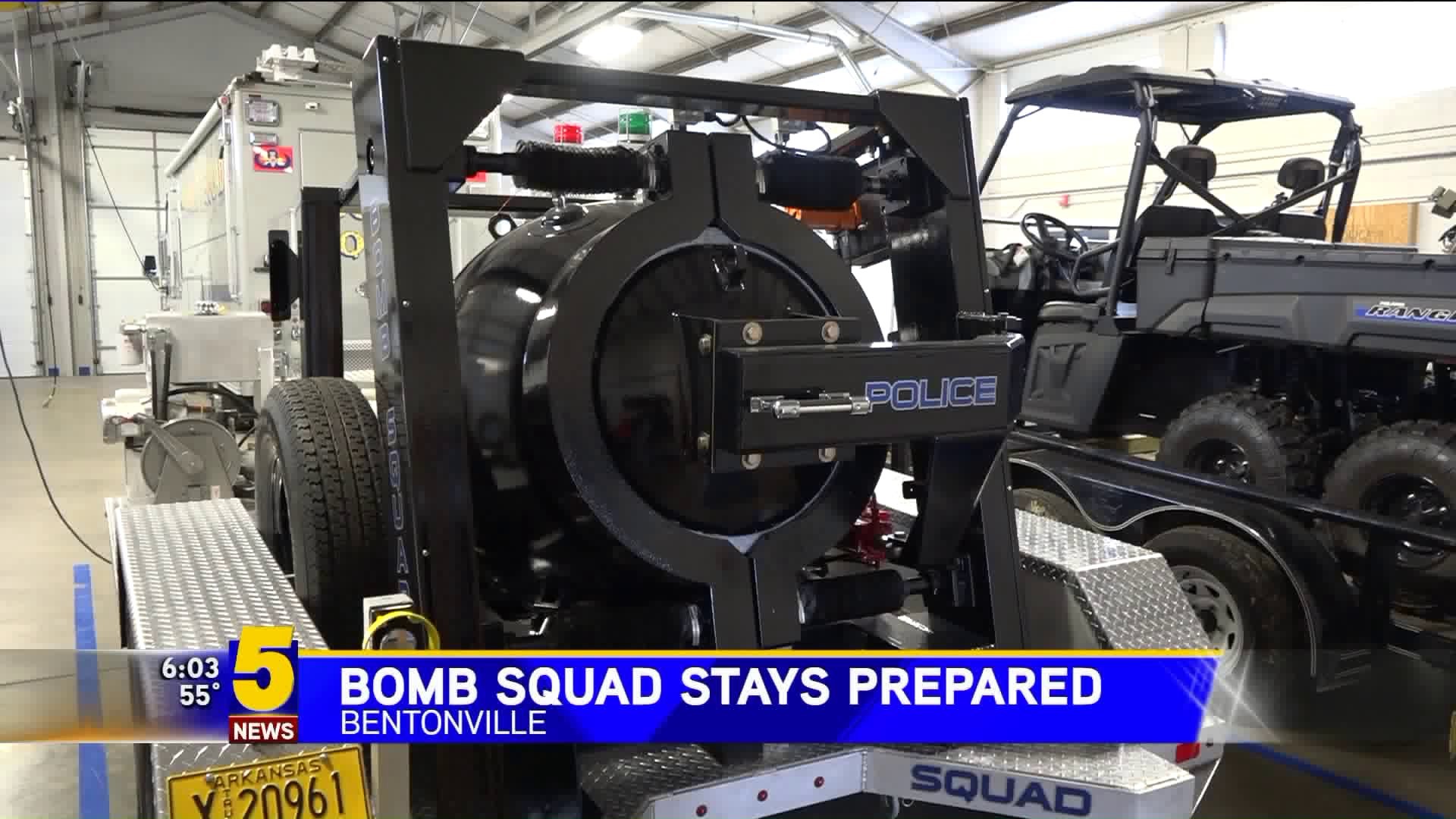 BENTONVILLE (KFSM) -- The Bentonville bomb squad is the only bomb squad in Northwest Arkansas. They have five certified bomb technicians and will soon have one more.

Bomb squad commander Michael Meadors said what's happening in Austin is the work of a skilled criminal who really knows what they're doing.

“These packages that are detonating based upon an action required of the recipient. So when it comes to suspicious packages and everything, the main thing to be condescend of is, are you expecting something,” he said.

Meadors said packages typically come with tracking numbers that verify when your package will arrive. He says to look at the box and verify the labels before you pick it up and move it.

“That's what a lot of these device in Austin have done. It requires some action of an individual either picking it up or opening itself. Look at the box, determine, yes this is legit this is the company I ordered from,” he said.

They were the second squad in the world to receive this new robot in October of 2017.

“We haven't used it on an actual call as of yet, but its day is coming so we can't really predict when these things will happen but whenever it does happen it`s ready to go and we are all trained on how to use it.”

There are less than 3,000 bomb technicians in the United States and only one bomb tech school that is sponsored by the FBI.

If you do plan to send a package to family or friends, let them know that you are and what the packaging it is in looks like. Meadors said there are a few suspicious clues to consider. The package not having a return address, your name is misspelled, it looks like something leaked out of the package or it smells funny are all warning signs. Call the police if you are concerned.