BENTONVILLE, Ark. (KFSM) — Benton County will have to go back to the drawing board for a new courthouse, as voters on Tuesday (March 12) voted down a temporary ... 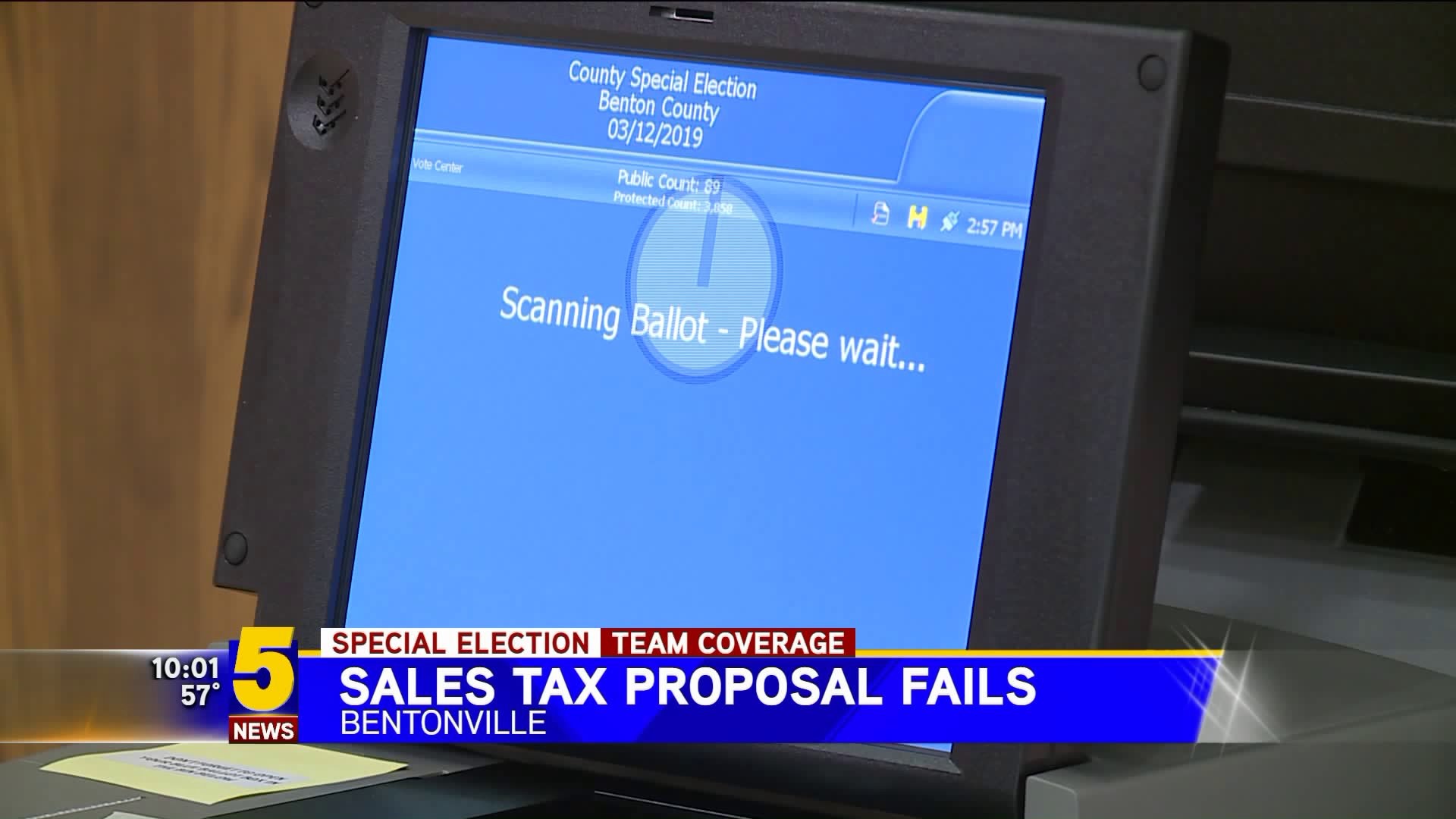 BENTONVILLE, Ark. (KFSM) — Benton County will have to go back to the drawing board for a new courthouse, as voters on Tuesday (March 12) voted down a temporary sales tax to fund a new facility.

The one-eighth-cent sales tax would have lasted 54 months and cover a majority of funding for the $35 million project.

Benton County Judge Barry Moehring said last month it's "as minimal of tax as we can go."

Benton County currently holds circuit court in three different buildings downtown: the historic courthouse, a leased building across the street and the old post office adjacent to the courthouse.

The new courthouse which would've been located on Northeast Second Street would hold all eight courtrooms under the same building -- something Moehring has said is the county's No. 1 priority.

“Our current court facilities are outdated they are scattered in downtime Bentonville, so there is security issues,” Moehring said in February.

“We don’t have a lot of parking, we don’t have desperation of detainees inmates from the public and from the judiciary. So what we need is a modern and contemporary court facilities, and that’s what we’re doing here tonight.”

Detractors said the courthouse would be better located -- and more affordable -- if it were built on Southeast 14th Street near the county jail.

The Walton Family Foundation donated more than a million dollars to the project as long as the facility's location was tied to downtown.

The Benton County Election Commission will meet on March 22 to make the results official.