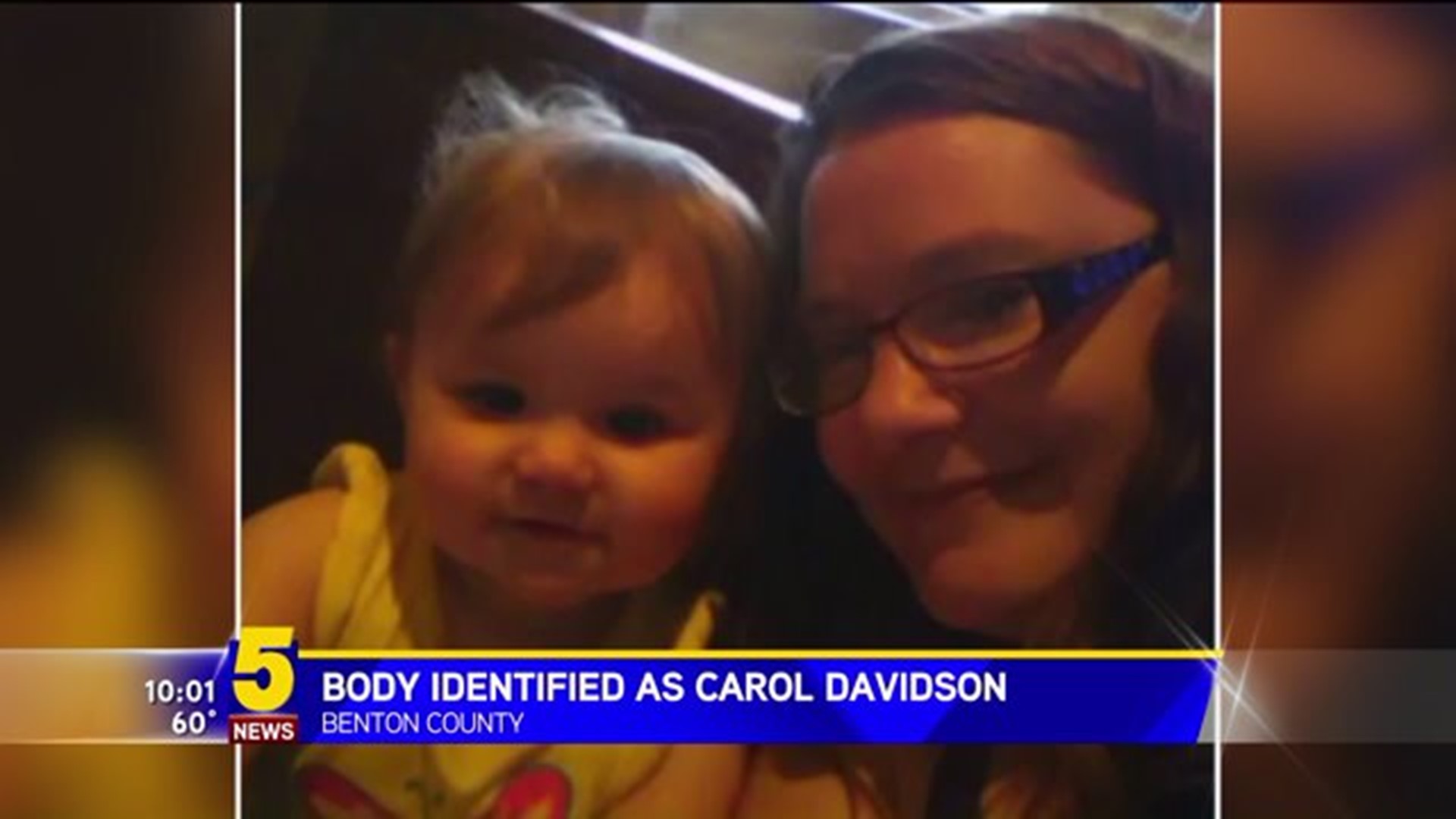 BENTON COUNTY (KFSM) -- Benton County police have identified two bodies found in Siloam Springs over the weekend as the Siloam Springs woman and toddler who went missing in November, according to a press release.

The report states one set of human remains sent to them by the office are those of Carol Elaine Davidson. The second set of remains was postively identified as Rosemarry Davidson on Thursday (Feb. 23).

On Saturday (Feb. 18), a deer hunter found a body in the woods off of Lookout Tower Road. Another body was found on Sunday (Feb. 19).

The bodies were found on the same road as Davidson's vehicle, which officers discovered a few days after her disappearance.

Since the bodies were found in Benton County, the Benton County Sheriff's Office is leading the investigation. The sheriff's office will be looking at the information from the Siloam Springs Police Department's investigation into the pair's disappearance.

Motsinger said they are currently working the case as a death investigation, although it could potentially turn into a homicide investigation. While investigators have an idea about the Davidsons' cause of death, more tests have to be done on the bodies before they are certain.

A family friend has started a fund through Arvest Bank to collect donations for the Davidson's family. If you would like to donate, visit an Arvest Bank and set up a donation to the Carol and Baby Rosemarry Funeral Fund.