Benton County is still cleaning up after flood waters wreaked havoc last Thursday. County Judge Bob Clinard is waiting to see if the county is eligible for stat... 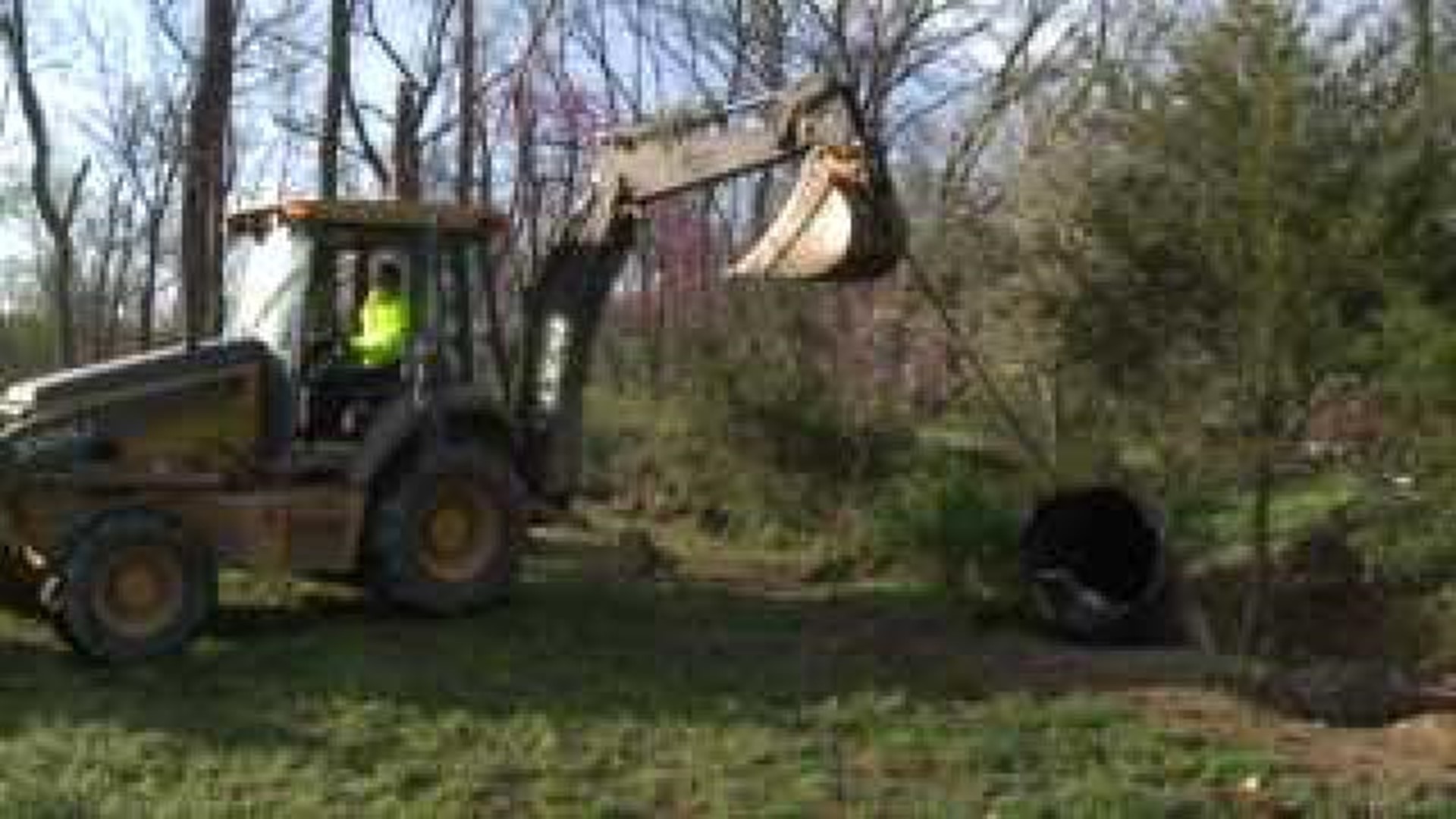 Benton County is still cleaning up after flood waters wreaked havoc last Thursday. County Judge Bob Clinard is waiting to see if the county is eligible for state money.

Representatives from the Arkansas Department of Emergency Management are expected to do a preliminary survey of the damage.

As of Monday (April 22) three roads in Benton County remain closed. Those are as follows: Price Coffee Road in Bentonville, Parrick Road in Gravette and Georgia Flat Road, also in Gravette.

But crews expect to have Parrick Rd. finished and reopened by the end of the day Monday.

"We are going to be out all day for 12 hours, two weeks running graters, I know the roads are in very bad shape," said Benton County Road Department Superintendent Jack Brown.

Crews used tractors to pull culverts from the stream. The drainage pipes were originally supporting Parrick Rd., but when the storm came, the road washed away and the pipes were rushed a quarter mile up stream.

"The last flood that we had 3 years ago, we had around 12 inches of rain over a 3 day period," said Brown. "On the west side of the county we had 5 and 6 inches of rain in a 3 hour period. These culverts that you see just totally flushed away, there's just so much power, so much force that it just washes them out."

Jobey Howard has lived on Parrick Rd. for three years, he said this isn't the first time his street has flooded.

"I woke up a couple times during the night and didn't know that I had gotten that kind of rain until I came out and started my vehicle. I could hear that the creek was out of the banks," Howard said. "Then, when I left to go to work and I got up by the pavement, and the water was almost getting ready to come over the road then, I knew I had to get to work or we would have trouble."

Amy Robinson has lived on Georgia Flat for four years now. She said the creek that runs in front of her home isn't a problem until now; but the water level rose five feet during Thursday's deluge.

"Every time it floods majorly both bridges, the road and our driveway gets hit," Robinson said.

Robinson said that creek looked more like a river and blocked their driveway.

"We went up on our land, then through the neighbor's field and back around the road to get out," Robinson said.

Georgia Flat Road is a five mile long county dirt road. The rain destroyed two bridges. Culverts were exposed on one of the bridges, making it impossible to drive over.

Judge Clinard said to never underestimate the power of water.

"The many thousands of tons of debris and the weight of the culverts, it's hard to imagine that the water can push it downstream, but it does," Clinard said.

“I'd say we are going to meet the level of state disaster," Clinard said.

In the meantime, the road department is repairing bridges and roads.

"At least get everything that's passable and workable so that no one has to detour and we'll go on a long-term process of ordering material to permanently fix the bridges that washed off," Clinard said.

Robinson said she can't wait for their driveway and road to be fixed.

"If they can put, I don't know, concrete or bridge or whatever they think is right to fix it would be great, we would greatly appreciate it," Robinson said. 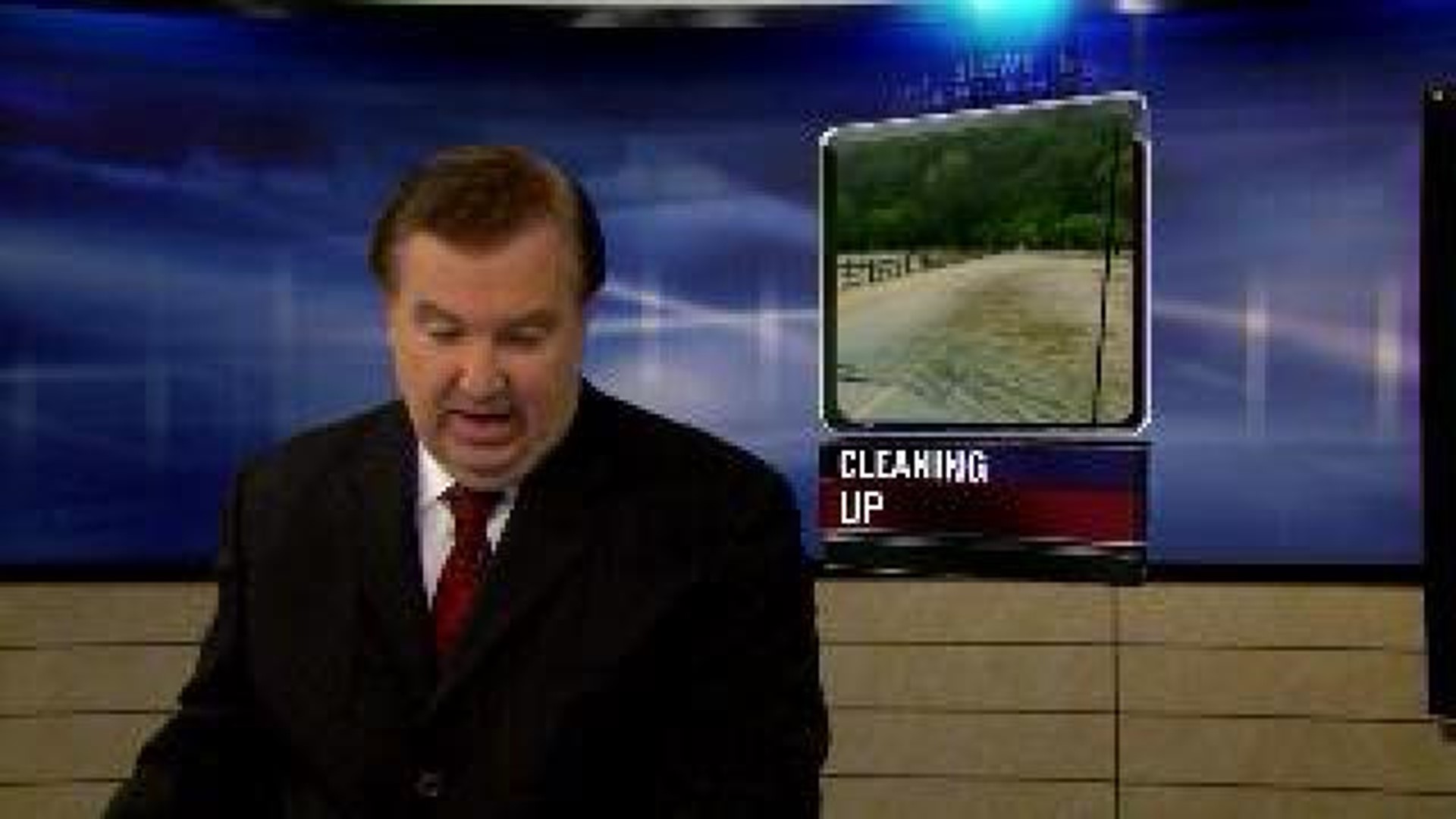