BENTONVILLE (KFSM) — County officials have reached a settlement with a woman injured last summer after a Benton County street sweeper machine crashed into her h... 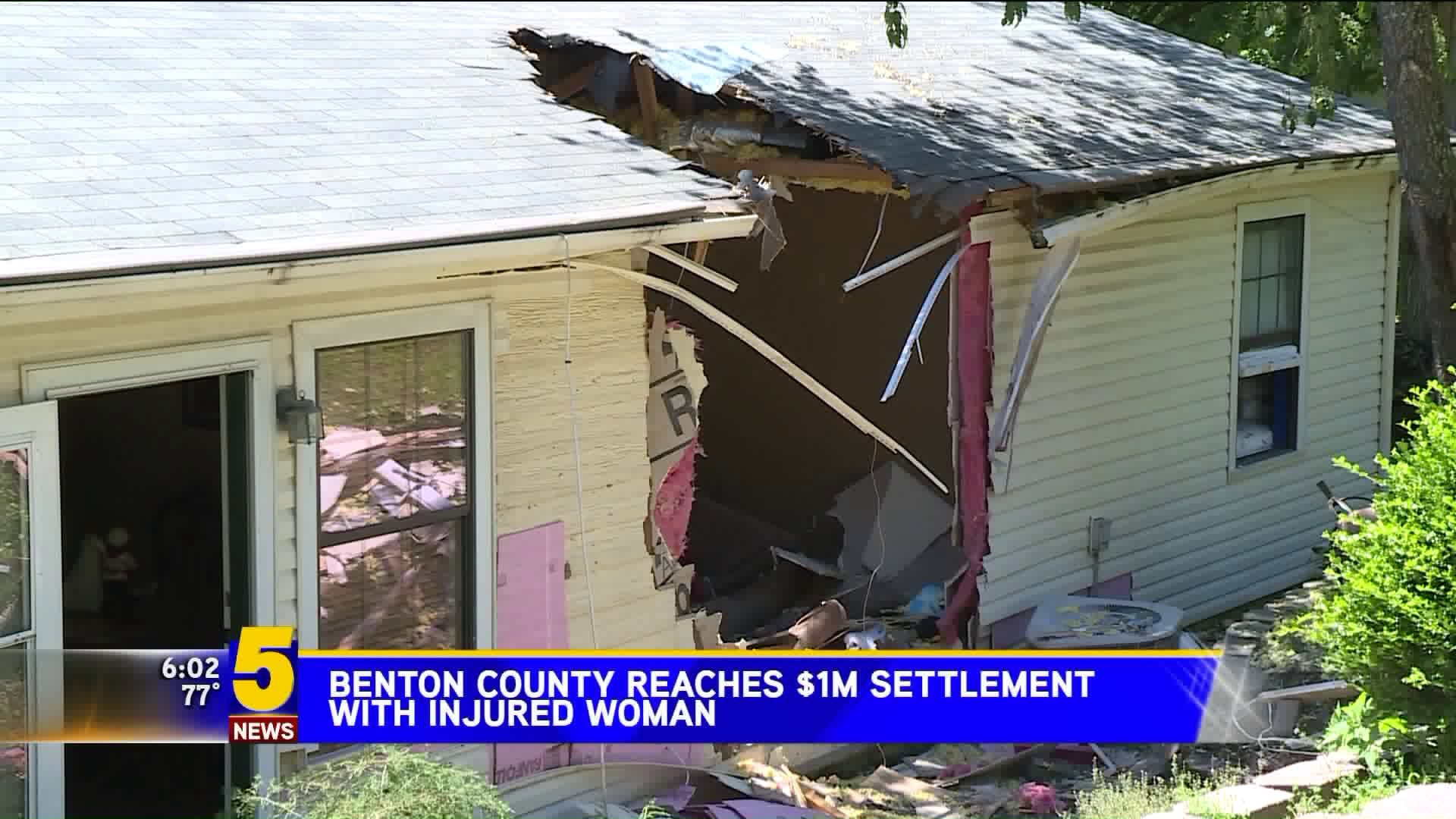 BENTONVILLE (KFSM) — County officials have reached a settlement with a woman injured last summer after a Benton County street sweeper machine crashed into her home.

“She had no blame or fault, she was simply in her house," said Benton County Judge Barry Moehring.

"And so we felt the right thing to do was to bring a settlement forth, that the quorum court approved to help take care of her medical expenses, lost income, in-home care and, frankly, anything else we can do really to assist her in this time.”

Arkansas law allows for counties and cities to have tort immunity, meaning they can't be held liable for damages in a personal injury lawsuit.

Due to insurance the county carries for operating a motor vehicle, a successful lawsuit would have only netted $75,000, a fraction of Ayala's expenses, according to Channing Barker, Benton County communications director.

The county felt the amount approved was appropriate considering Ayala's injuries, how they occurred and the fact the funds to be paid are taxpayer funds, Barker said.

Ayala and her son -- then 2 weeks old -- were sitting on their couch on the morning of June 6, 2017, when a broom sweeper came barreling through the wall of their home on Canal Street.

Rogers firefighters had to free Ayala and her son from underneath the machine before they were taken to a hospital.

Ayala needed surgery due to her injuries, and doctors had to implant a titanium plate in her skull and pelvis. Today she suffers from memory loss and has lost some vision in her right eye.

Juan Antonio, meanwhile, suffered only minor injuries and was released from the hospital not long after the accident.

Moehring said the driver tested positive for marijuana and resigned from his position about a month after the accident.

The driver wasn't prosecuted because Arkansas State Police didn't find any evidence that he was impaired at the time of the accident, according to Nathan Smith, Benton County prosecutor.