BENTON COUNTY (KFSM) — A new report ranks Benton County as the healthiest county in the state of Arkansas. The findings were complied by the University of... 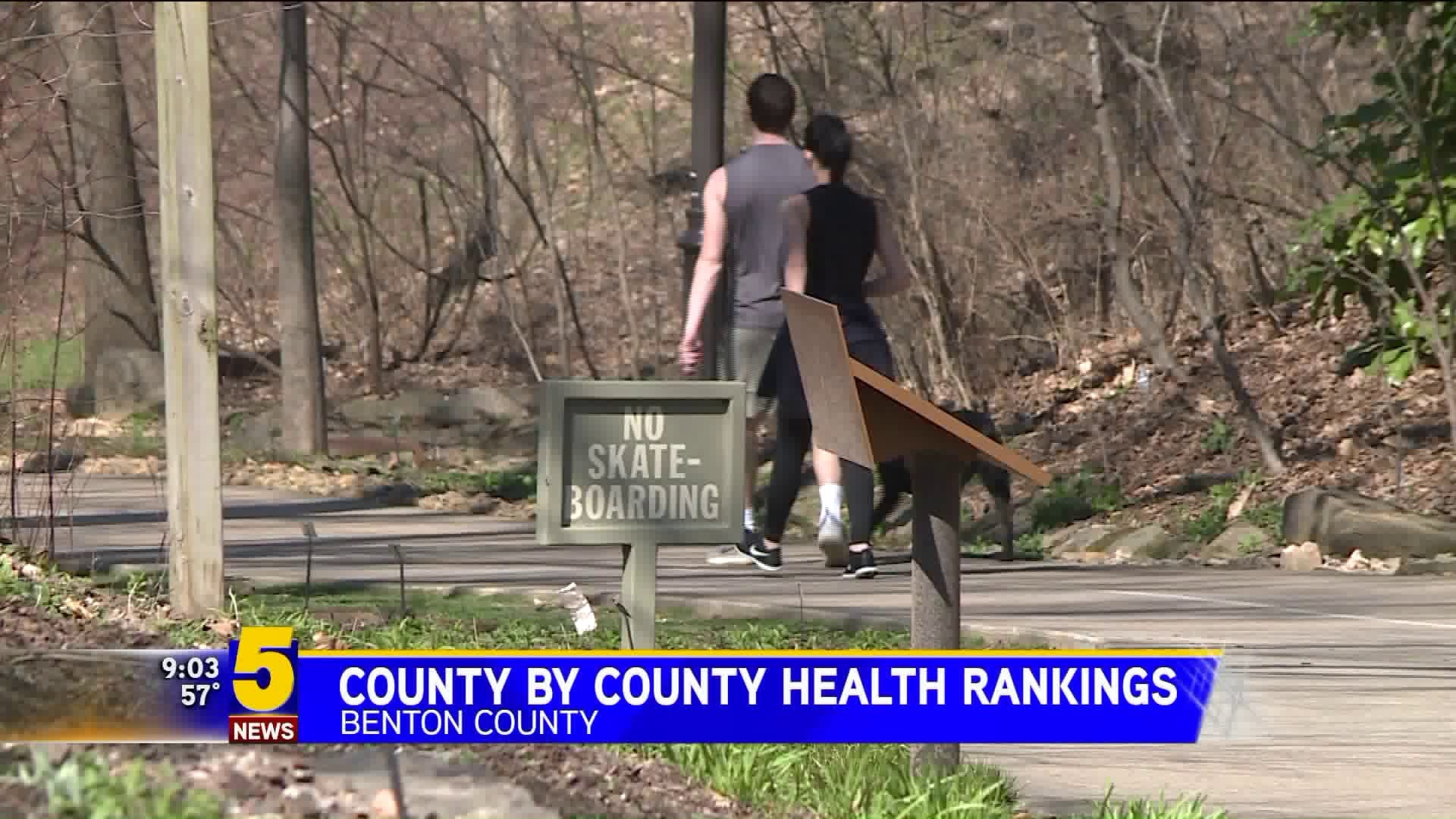 BENTON COUNTY (KFSM) -- A new report ranks Benton County as the healthiest county in the state of Arkansas.

The findings were complied by the University of Wisconsin Population Health Institute for every county across the United States.

Among the factors used in the rankings include health behaviors, clinical care, social and economic factors and physical environments.

For the ninth year, Benton County has topped the list among Arkansas' 75 counties. According to the annual report, Washington County ranked as the second healthiest county.

"I just think having all of these amenities here in town have really helped people to get motivated to go outside," said Gary Vernon, a Bentonville resident referencing outdoor trails.

Despite Arkansas ranking as one of the most obese states, fellow Bentonville resident Chad Cox explained that Northwest Arkansas has made great strides.

"I think it's a testament to like the cooperation among philanthropic people and the communities up here to make it work," Cox said.

Included in the top 20 were both Sebastian and Crawford Counties, coming in at number 11 and 15 respectively.

The rankings were compiled using data from the Centers for Disease Control and Prevention: National Center for Health Statistics, Dartmouth Institute for Health Policy & Clinical Practice and Measure of America