BENTON COUNTY (KFSM) — Simmons Foods may soon open a poultry processing plant in the county. The plant is planned to be built on about 500 acres along Hig... 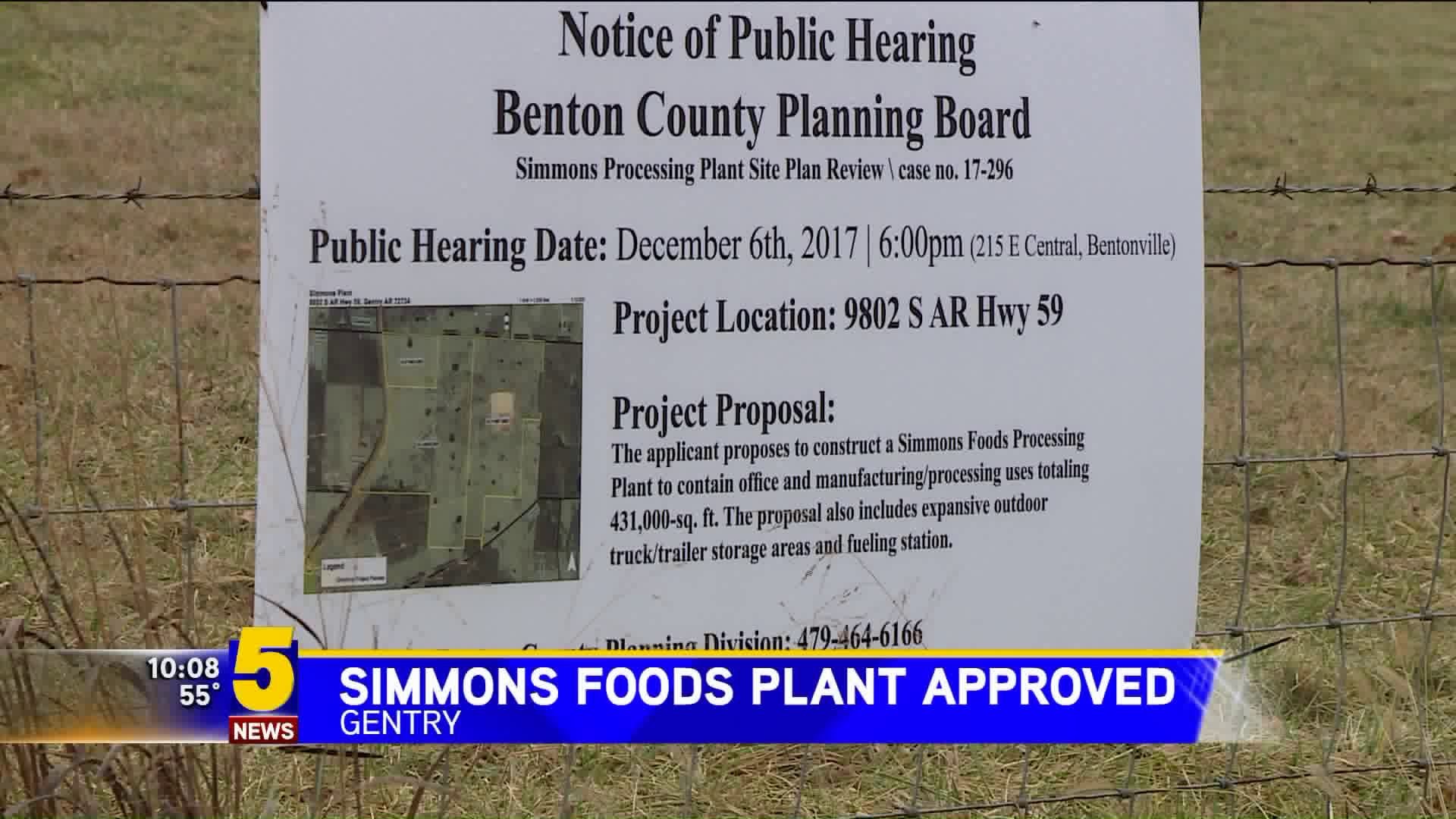 The plant is planned to be built on about 500 acres along Highway 59 between Gentry and Decatur. However, the plant will take up about 100 acres of that.

Construction of the plant was approved by the Benton County Planning Commission. Six voted for the plant and one abstained. More than 100 people attended the latest commission meeting to voice their concerns. They said it will put a strain on future growth of that area.

One resident said, "When you consider the environmental factors of noise lights and smells, not just simply sight, I really truly believe that extraordinary mitigation cannot be achieved,"

Those not in favor of the plant opening said they plan to appeal this decision, but if things work out, it's set to open sometime during the end of 2019 or in 2020.

Governor Asa Hutchinson and Decatur and Gentry mayors support the plant opening, as it would create 1,500 jobs.