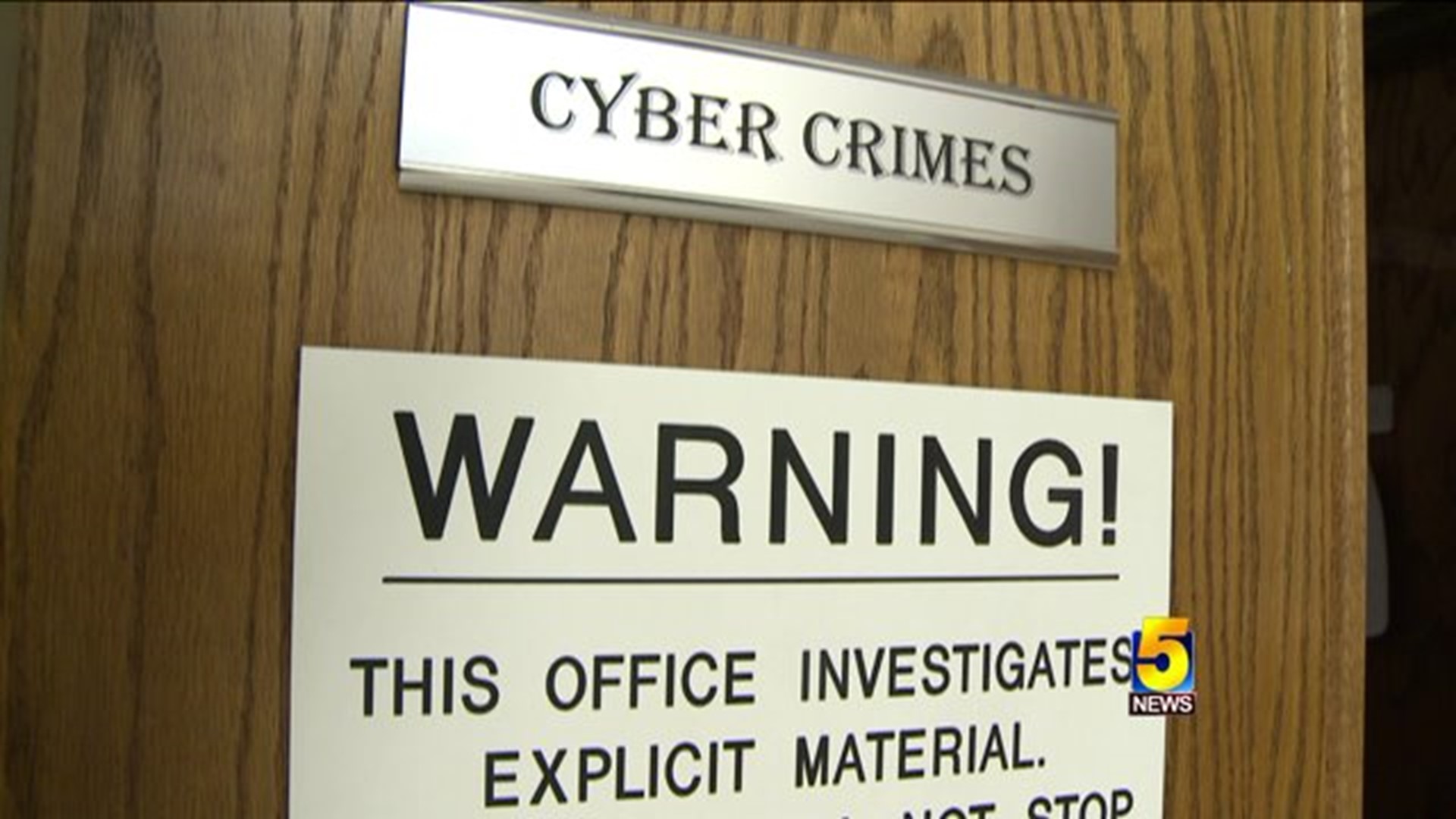 "If you want to call it success, one case is a success," said Cpl. Greg Stevenson, with the Benton County Sheriff's Office. "If we can find the perpetrator that's involved in that case, then we have done our job."

Stevenson works in the cyber crimes division. He said they handle hundreds of cases a year, most involving child pornography.

"Once you are introduced to those type of videos and see the ages of some of these children, it is tough," he said. "Knowing that we do what we do, and they are getting put in prison or they are labeled as a registered sex offender for the rest of their live, that is satisfaction enough for us to know that we are winning the battle."

Detectives said they have many tools to use to track down suspects, none being more pivotal than FRED, a forensic recovery evidence device.

"That piece of equipment is very important for us to find that image or video," Stevenson said.

Once detectives have an electronic device, like a computer or phone, they are able to remove the hard drive and plug it directly into the forensic computer. Through programs on the computer, they are able to access data on that particular hard drive.

"The device collects all that data and stores it in an area where our detectives can locate it at a later date and actually put that evidence with that person," Stevenson said.

The division's job is one that does not go unnoticed by the sheriff's office.

"With the ever-growing popularity of computer and electronics, the cyber crimes unit is there to defend that aspect of people's lives," said Keshia Guyll, with the Benton County Sheriff's Office. "They sit and look at things all day long that are the worst of the worst, and they still come in ready to do their jobs every day."

No matter how tough the case, Stevenson said the division's goals remain the same.

"We all have the same drive to find the perpetrator," he said.  "We know when we leave here today and I get back to work tomorrow, I will have more IP addresses. To me, that's gratifying."

The sheriff's office said a majority of the cyber crime cases result in plea deals before they go to court. But, the ones that go to trial have a 100% conviction rate.