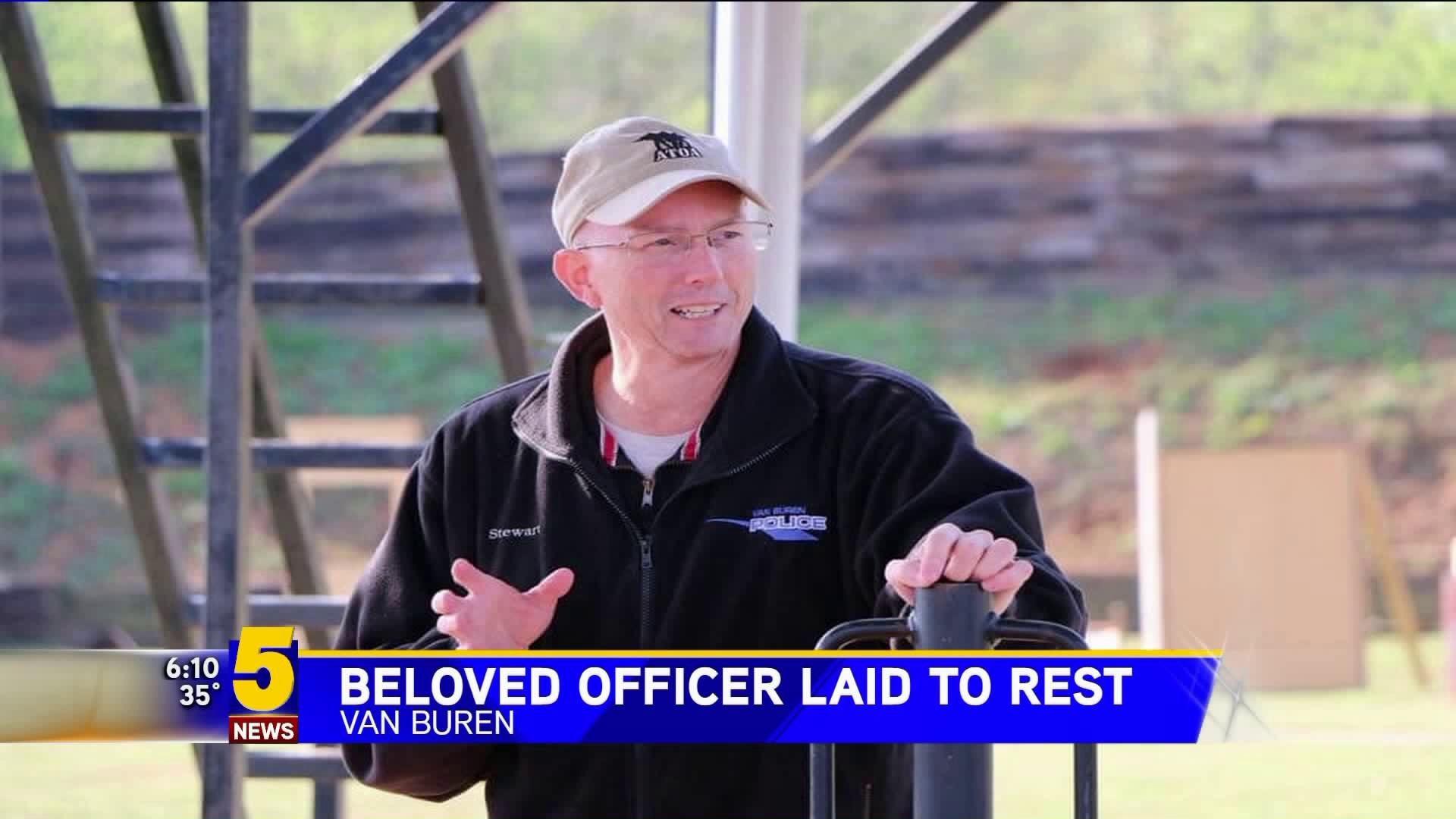 A funeral was held for 53-year-old Michael Stewart from Van Buren. He passed away Thursday (Feb. 14) after battling cancer.

Stewart was a member, Sunday school teacher, and a deacon at Spradling Baptist Church in Fort Smith.

It is with sadness that we no longer have Mike Stewart here with us today, but it is with joy that we know that he is no longer suffering from the horrible cancer that eventually took his life. We will forever remember Mike Stewart as kind, loving, humble, caring, and selfless. He is the kind of officer we all aspire to be, and he never wavered in setting a great example for us to follow. Until we see you again Mike, rest easy brother, we'll take it from here.