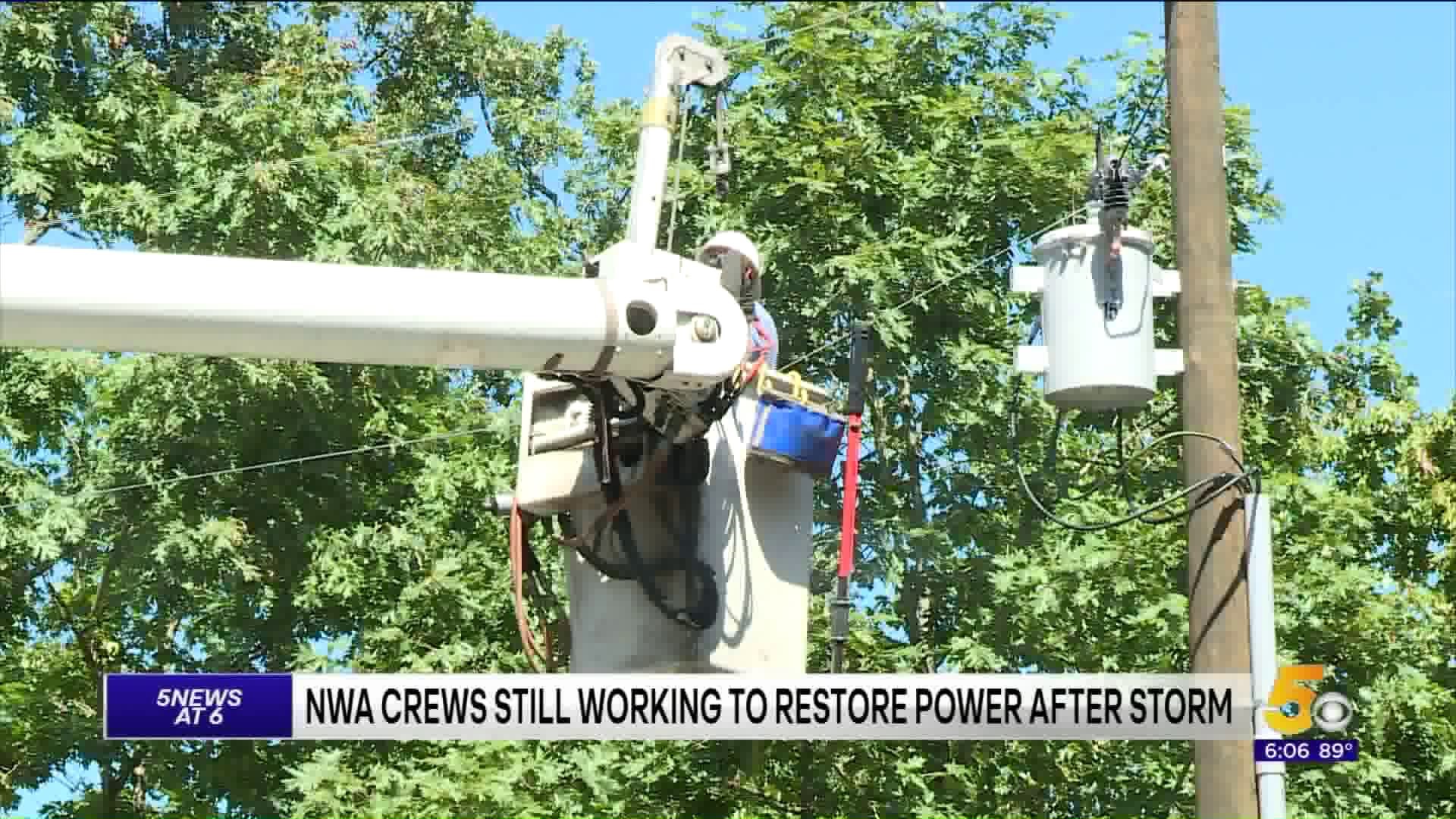 Homeowners in Benton County, like Kathey Updegraff, are still without power after damaging winds ripped through the area, downing trees and power lines.
“We stayed at a hotel last night and since power is going to be so late tonight, I have to have the electrician make sure there are no electrical issues with the ceiling fan full of water," Updegraff said. "So, we’ll be back hopefully tomorrow."

She says three trees crashed down on her back patio and the roof of her home.

The situation was so severe that Carroll Electric had to activate its emergency restoration plan.

A total of 75 electric poles were broken during the storm and more than 200 people with the utility company were out trying to restore power.

"In situations like these, we have to systematically work these outages. It begins at the substation and eventually, that evolves to the main feeders which are where we're at now especially in the Bella Vista area," said Cory Smith, Carroll Electric Director of Corporate Relations.

Meanwhile, some homeowners will be waiting in the dark.

“I know the boys are out there working really hard and they’re awesome. I really appreciate it. To all my neighbors that have helped. Just hope it comes on soon," Updegraff said.
Carroll Electric says if you have an outage report it to the co-op.

They say more services should be restored Wednesday (Aug. 28) but it's possible some lines will remain out overnight and restored Thursday(Aug. 29).