A larger than life monument of US Marshal Bass Reeves was unveiled in Fort Smith Wednesday.  The statue was made in Norman, Okla., and traveled across the area ... 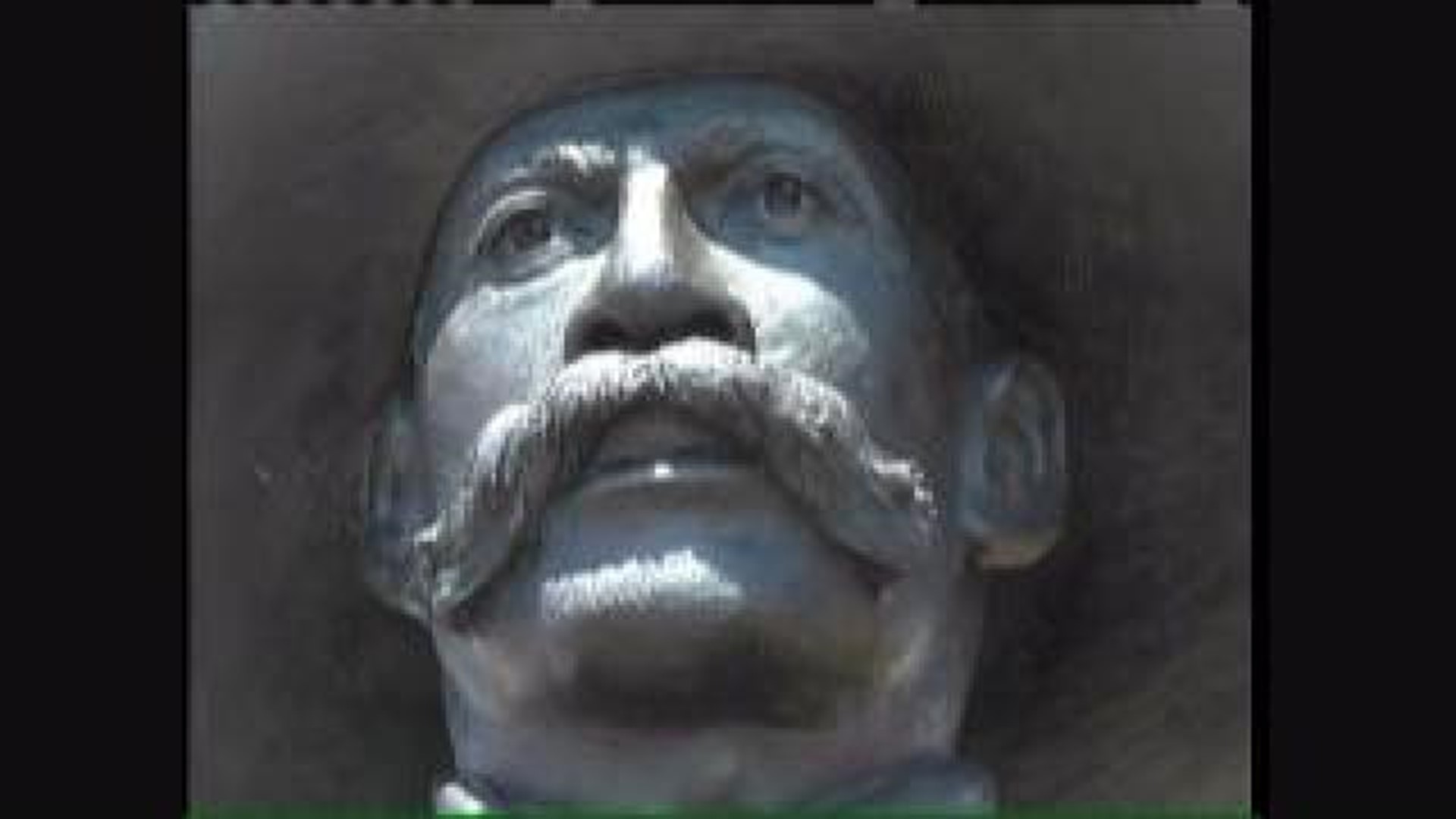 A larger than life monument of US Marshal Bass Reeves was unveiled in Fort Smith Wednesday.  The statue was made in Norman, Okla., and traveled across the area to its new home.

The Bass Reeves legacy monument is now mounted on its base at Ross Pendergraft Park on Garrison Avenue. This base is actually made of old cobblestone from the popular downtown street.

It was an emotional day for some as the long awaited statue finally unveiled.

“It's been a lot of hard work,” said Baridi Nkokheli, who helped raised funds for the statue. “A lot of volunteers and it really goes to show what Fort Smith and its citizens can do when they put their minds together."

Nokikeli portrayed Bass Reeves during the ceremony as the statue of US marshal was escorted into to the city by two dozen law enforcement agencies.

As the legacy monument crossed over the Garrison Avenue bridge, a crowd of supporters clapped cheered and some even shed a few tears.

“It’s a pretty special event and it was pretty touching, watching it come over the bridge,” said Phil White. “It was more than what I really expected.”

The crowd says it's important to honor Reeves who served 32 in the Marshal Service.

"He is the longest served US Marshal Deputy Marshal in a 223 year history of the marshal service and actually caught the most criminals," said Nokikeli

Sculptor Harold Holden says he read the historical figure often has a hound with him to track criminals.

As the Marshal looks onto Garrison Avenue, everyone who travels the road will now remember the legacy he left behind.

"Just the history of Fort Smith and how this was just one guy and how big a difference he made and how he's being recognized today is pretty impressive and I think it says a lot about our community," White said.

The Bass Reeves monument cost about $300,000 dollars to create. It was funded completely by donations.

Click here for a behind the scenes look at the making of the Bass Reeves statue.