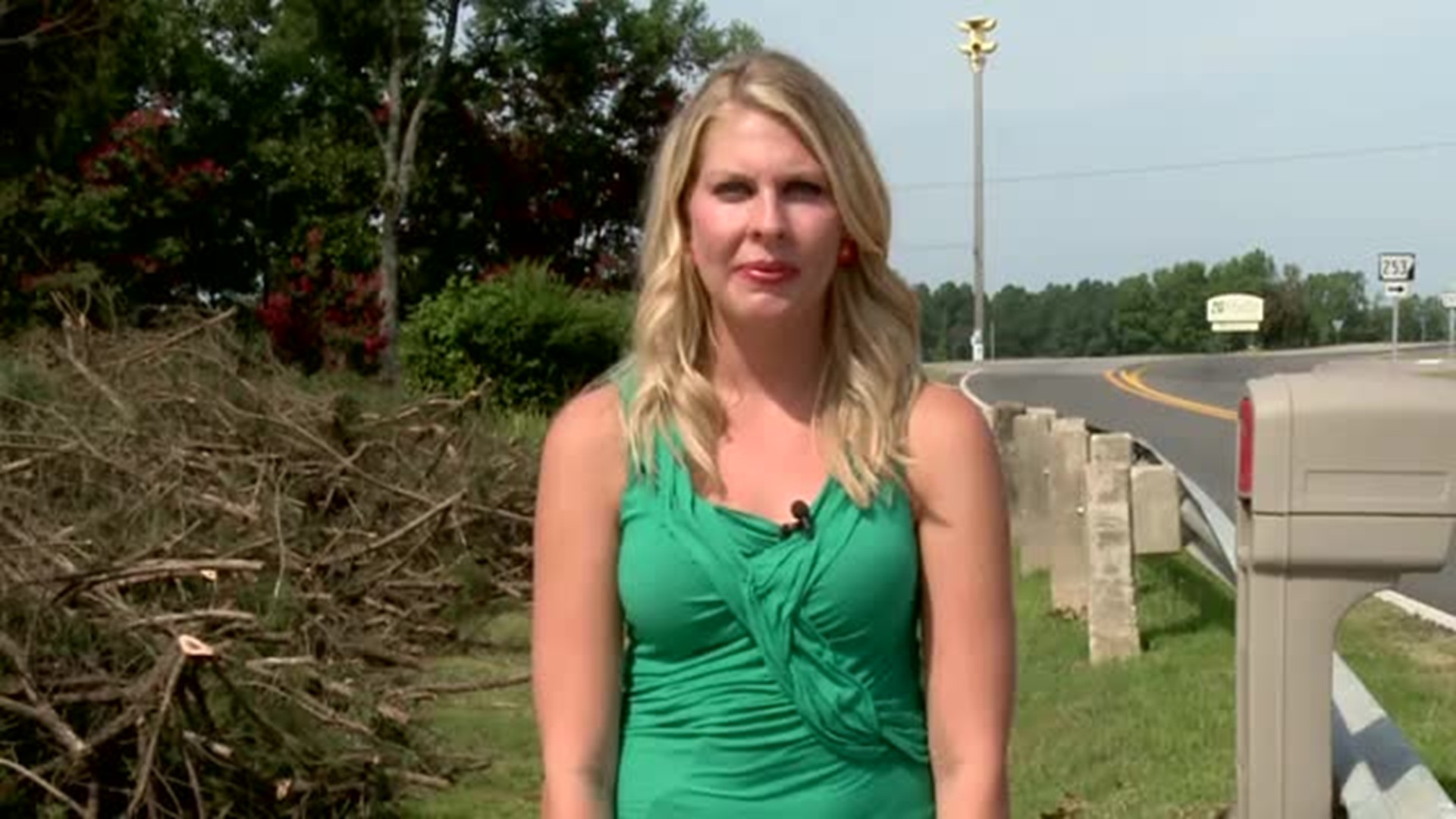 “As you can see there’s a lot of trees down at this one property; there’s properties all across the River Valley, but mainly right here in Barling is where we’re focusing our attention today,” Lynn Hicks, volunteer said. “We’re trying to help those homeowners get their yards picked up.”

“I love to help and serve other people as much as possible I used to do a lot with Habitat for Humanity, and I’ve been through hurricanes and stuff and in south Louisiana myself going through Katrina, so I know the impact it can have,” Joshua Boudreaux, volunteer said.

“I’m hoping to get everything done except for some of the work that needs to be done with the boom where we’re actually going in and topping out some of the trees and trying keep it from getting further damage to the house,” Hicks said.

The damage is only minor in comparison to the work cut out for Hicks and local ARDC members who responded to the aftermath of the EF-4 tornado that struck Mayflower in April.

“Just the need was overwhelming, so we went there,” Hicks said. “We got a lot of friends that serve in that area, and they were just working around the clock trying to take care getting food to the families and just clearing roadways and clearing off houses.”

No matter how big or small the task, Hicks says the group is always willing to lend a helping hand.

“It’s just a group of people that want to go out and serve people, and so we do that by serving kids, serving the homeless, serving the poor and just bringing hope to those families,” he said.

In the meantime, as volunteers finish picking up debris in the yard, the Barling homeowner is waiting for a quote from the insurance adjuster, as a tree crashed through part of his roof when straight-line winds hit the town on Wednesday.

If you’d like to learn more about the ARDC, visit www.ardreamcenter.tv.