BARLING (KFSM) – A Barling officer rescued a woman from a fiery crash early Saturday morning. Police say the woman’s boyfriend ran from the wreckage. The Barlin... 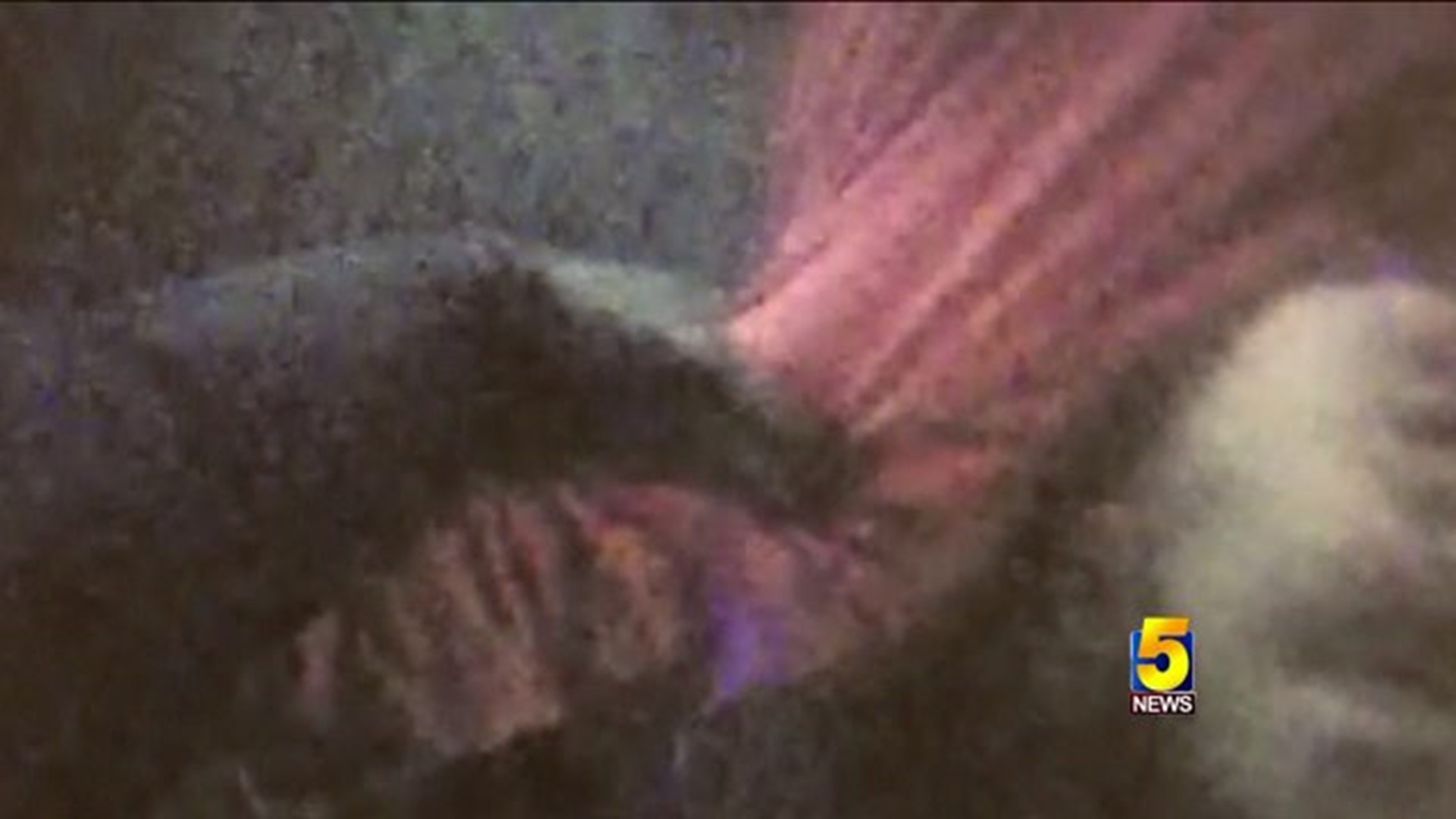 The Barling Police Department received a call at 2:26 a.m. of a single-vehicle crash at the 1500 block of Church Street. The responding officer, Richard Dyer, noticed a mangled car upside down on the side of the road, according to police.

Police said Dyer grabbed a woman who was inside the overturned car and pulled her from the wreckage while flames spread to the rest of the vehicle from the engine block, which had caught on fire. Emergency crews transported Lauren Kramer to Mercy Medical Center in Fort Smith. Kramer, 21, was later taken by a medical helicopter to a hospital in Tulsa, according to Barling police.

Police said Dyer has been with the department for two years.

The woman suffered several serious injuries, including a broken back, neck and ribs. She also received a lacerated liver and spleen from the wreck, police said. A family member told police Monday she is critical, but expected to eventually make a full recovery.

Four people were in the car at the time of the crash. The injured woman was the front-side passenger, while two backseat passengers made it out safe. The driver, Darren Barnett, made it out of the vehicle and ran away before first responders made it to the scene, police said.

Sebastian County deputies later went to Barnett’s home and arrested him on suspicion of driving while intoxicated, driving with a suspended license, obstruction and fleeing the scene of an injury accident. The potential fleeing charge is the only felony among the charges he faces, police said.

Barnett remained Monday in the Sebastian County Detention Center on $6,550 bond, according to a jail deputy.

Police said Dyer's calm demeanor diffused what could have been a life-threatening situation.

"He's a hero. That's all you can say about that," said Chief Darrel Miner. "He remained calm when it could have been chaotic."