‘Bargains Galore On 64’ Is Back In The River Valley

RIVER VALLEY (KFSM) — Bargains Galore on 64 is back and the deals are better than ever. Despite almost coming to an end last year, someone new stepped up to sav... 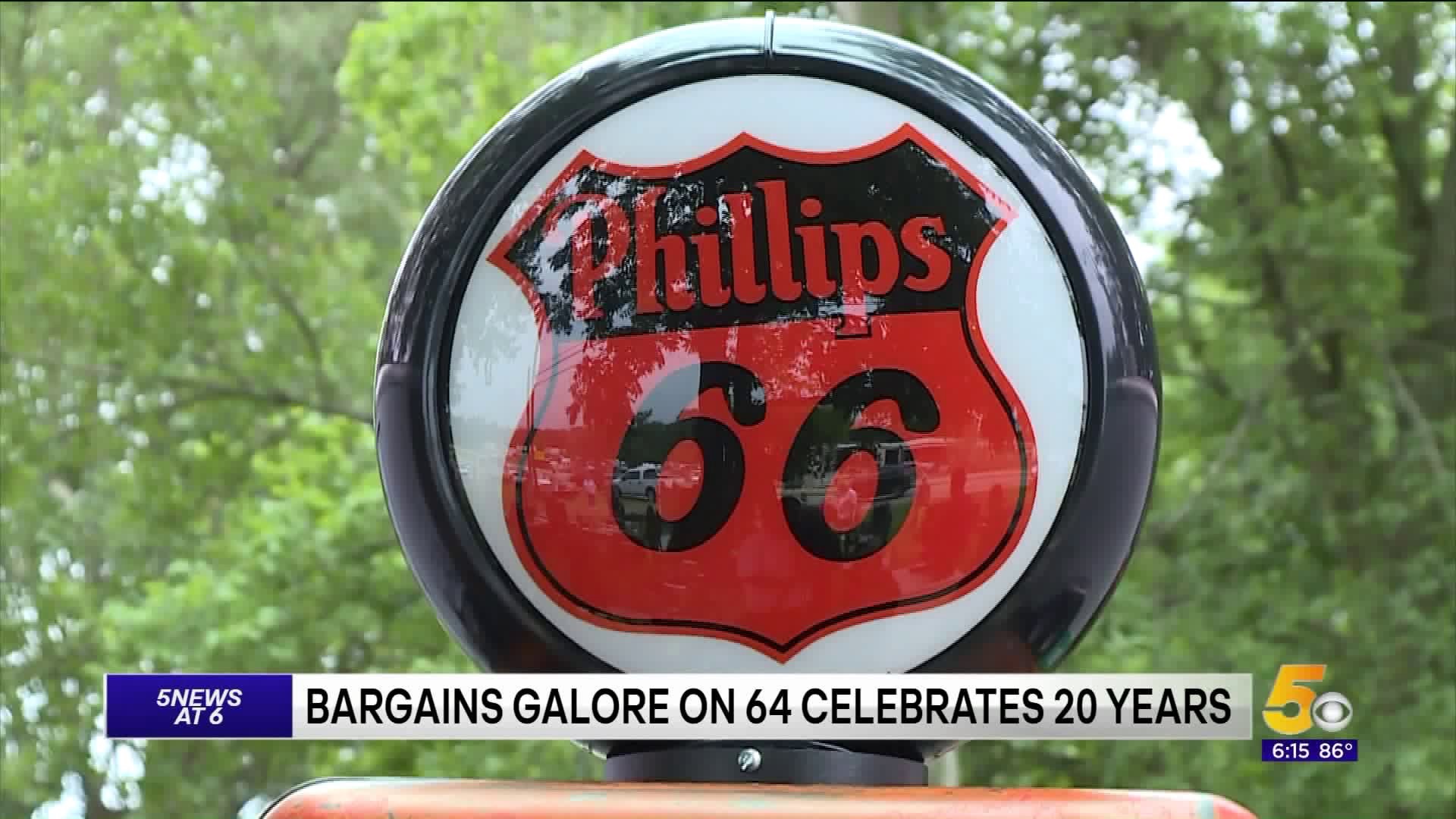 RIVER VALLEY (KFSM) — Bargains Galore on 64 is back and the deals are better than ever.

Despite almost coming to an end last year, someone new stepped up to save the tradition.

The event is celebrating its 20th anniversary this year and people from all over the area visit to find bargains at this 160-mile yard sale.

The sale stretches between Fort Smith, past Conway and goes all the way to Beebe.

Vendors like Dave Wilkinson says among other things, you’ll find gates made from wood found in Kentucky that were used to hang tobacco.

“As they slowly quit growing so much tobacco in Kentucky, they have all the extra sticks and instead of just burning them I like to reuse them and make new things out of them," Wilkinson said.

David Linton has been selling at Bargains Galore since the beginning. He’s drawn to pieces with a little bit of history like signs from the 1940s.

Marilynn Milam sold more than 25 cast iron skillets. She says the heat ring, gate mark and numbers mean it was made before 1910.

“Everybody loves the hunt. We all love the hunt because you never know when you’re going to find the magical piece that’s over a hundred years old," Milam said.

From old gas pumps to a collection of license plates there's something for everyone.

“If you want to see more junk than you’ve ever seen in your whole life, you’ll wear your eyes out looking if you try to look at everything that’s out here but I mean if you like yard sales and antiques then this is the place to go," Wilkinson said.

About two dozen cities participate in this event.