Background Check Not Required for Clown 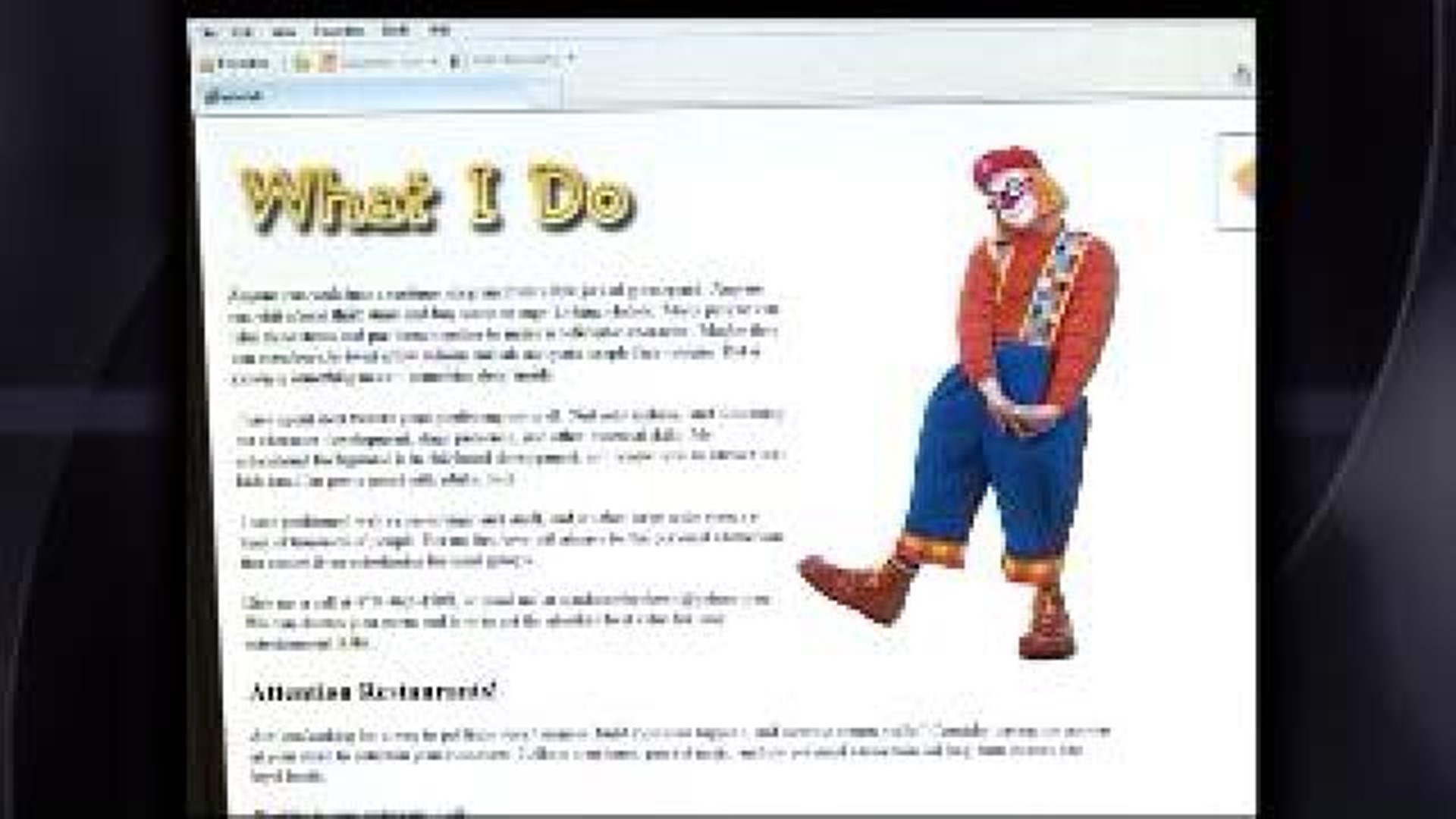 Most independent entertainment workers, like clowns, get jobs by word of mouth, but some say that may not be the best way to find someone to hire.

Thomas Morgan, also known as Sondance the Clown, has Christian affiliations and business networks on his linked in profile.

"Anybody can join an association, a lot of times without any kind of verification," said Cpl. Steven Dooly with Fort Smith Police.

Owner of fortsmithmoms.com Catherine Frederick warns against the danger of hiring self-employed stranger.

"They're no longer a stranger once they're on your home, but you've got to keep that in mind,” said Frederick. “You don't know who these people are. Background checks are very important."

That’s why she says her website takes precautions when making recommendations concerning children.

"We really don't do any type of public recommendations for individuals simply because you can't provide background checks on individuals when they own their own business," said Frederick.

Although Morgan doesn't have a previous criminal history, police say they are familiar with the clown.

"They noticed a clown working the midway near some of the little kid rides," said Cpl. Dooly.

Police say Morgan was asked to leave the Arkansas Oklahoma State Fair in 2010 after soliciting his businesses to kids and their parents.

"He said that he was with an exhibitor’s booth, but there was no record of that," said Cpl. Dooly.

Co-Chair of the fair Pam Carter says everyone who works the event goes through an application process.

"As far as our midway, like clowns or midway acts, we hire those through Triangle Talent Company which is a nationally recognized company," said Carter.

When in doubt, police and mom bloggers say to do your own background check or use a credited company.

The Better Business Bureau of Arkansas says you can find a clown through them. Directors say for a business to be part of the BBB, they have to go through a screening process to be certified.