JACKSONVILLE, Ark. (AP) — A baby kangaroo died after escaping from a truck while visiting a central Arkansas military base for a family event. Cockrill’s ... 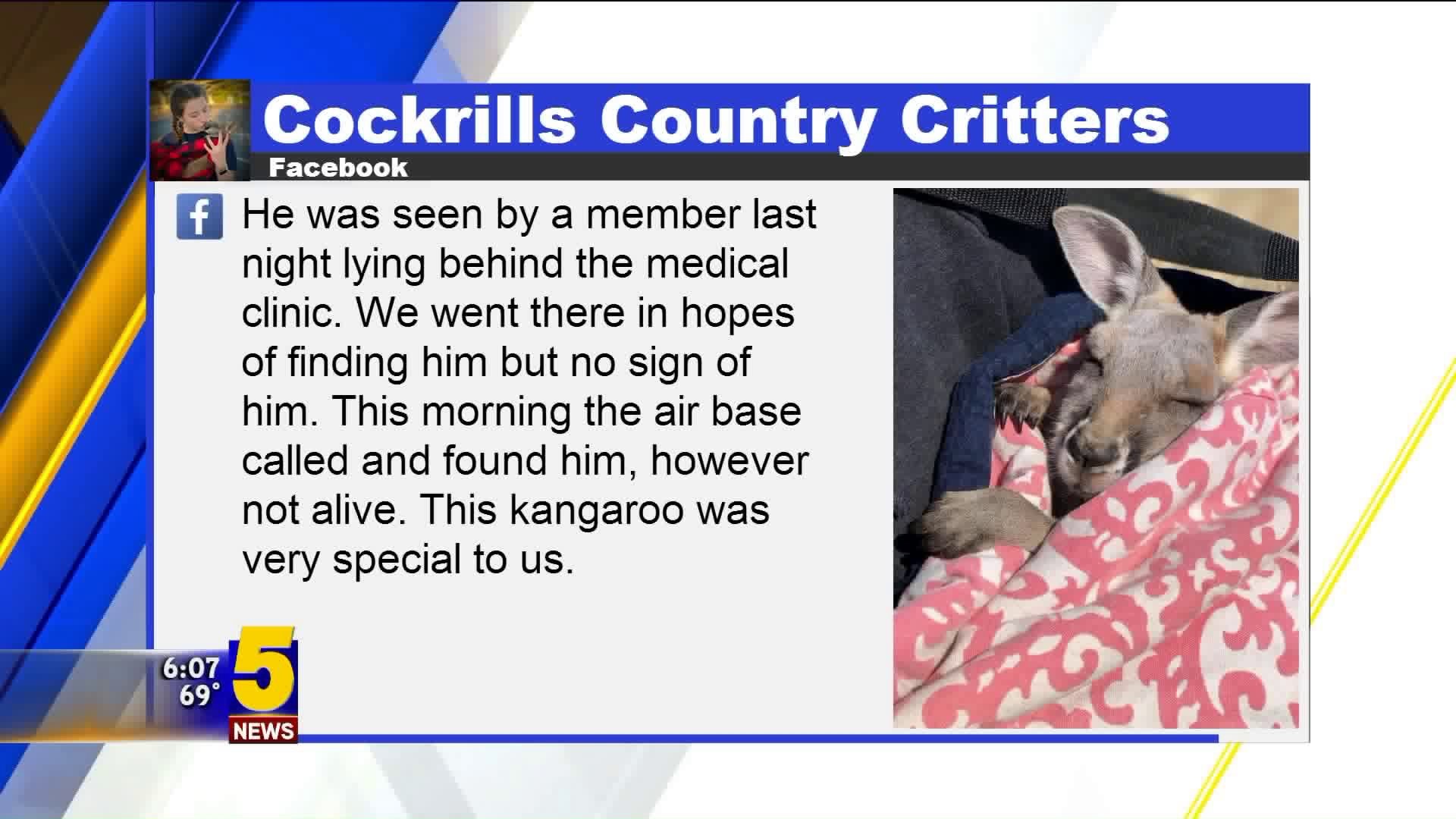 JACKSONVILLE, Ark. (AP) — A baby kangaroo died after escaping from a truck while visiting a central Arkansas military base for a family event.

Cockrill's Country Critters Mobile Petting Zoo and Pony Rides said in a social media post that volunteers had searched for Hoppy since he escaped a cloth pouch and jumped from the truck's window Saturday morning at Little Rock Air Force Base in Jacksonville, about 13 miles (21 kilometers) from Little Rock. Volunteers searched for the kangaroo over the weekend, and petting zoo owner Jan Cockrill-Griffin said Monday that Hoppy was spotted Sunday night and then found dead the next morning.

Cockrill-Griffin said she suspects the kangaroo was attacked by another animal at some point after escaping the truck because he had puncture wounds on his face.

The 19th Force Support Squadron said Hoppy was a 9-month-old red kangaroo and was at the base for its Family Fest.

The petting zoo has six adult kangaroos and two babies, along with other animals, Cockrill-Griffin said. The animals are treated like personal pets and can be educational for children, she said.

Hoppy was named by a girl who was diagnosed with cancer and has since died, Cockrill-Griffin said.