MANSFIELD, Ark. (KFSM) — Authorities captured two boys who escaped from Monday (Oct. 7) from the Mansfield Juvenile Treatment Center after about 4 hours of sear... 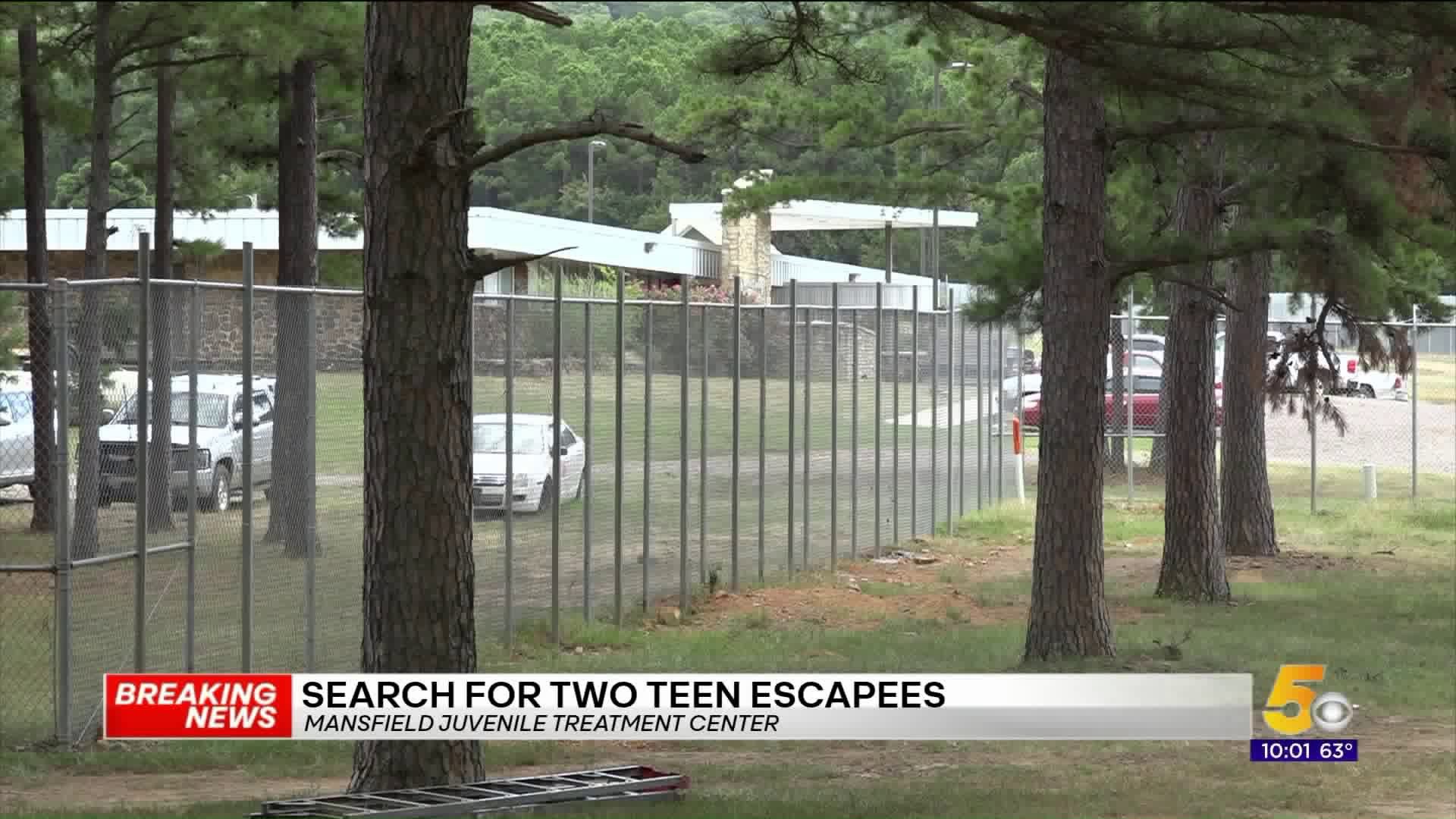 MANSFIELD, Ark. (KFSM) — Authorities captured two boys who escaped from Monday (Oct. 7) from the Mansfield Juvenile Treatment Center after about 4 hours of searching.

Officials with the state Department of Human Services said Jayger Harmon, 17, and Conner Grist, 14, walked away from the center around 6 p.m.

The boys walked through an area where officials have been building a fence, a DHS spokeswoman said.

The spokeswoman said staff chased the boys but were unable to catch them.

Authorities found the boys just after 10:30 p.m. south of Mansfield near Arkansas 378, according to Capt. Philip Pevehouse with the Sebastian County Sheriff's Office.

The center has struggled with escapees all summer, according to the Associated Press.

DHS officials say the facility, which holds mid-level juvenile offenders and from January 2017 through June was run by the state, has security protocols, a lack of staff training and a climbable fence that has created an environment that since December has allowed 12 youths on four occasions to escape.

Department of Youth Services officials also lied to Sebastian County Sheriff Hobe Runion about the placement of a youth who had previously escaped from the Treatment Center, the AP reported.