ROGERS (KFSM) — A Washington County sheriff’s deputy was treated and released after a head-on collision Wednesday (May 8) morning near Prairie Creek, acco... 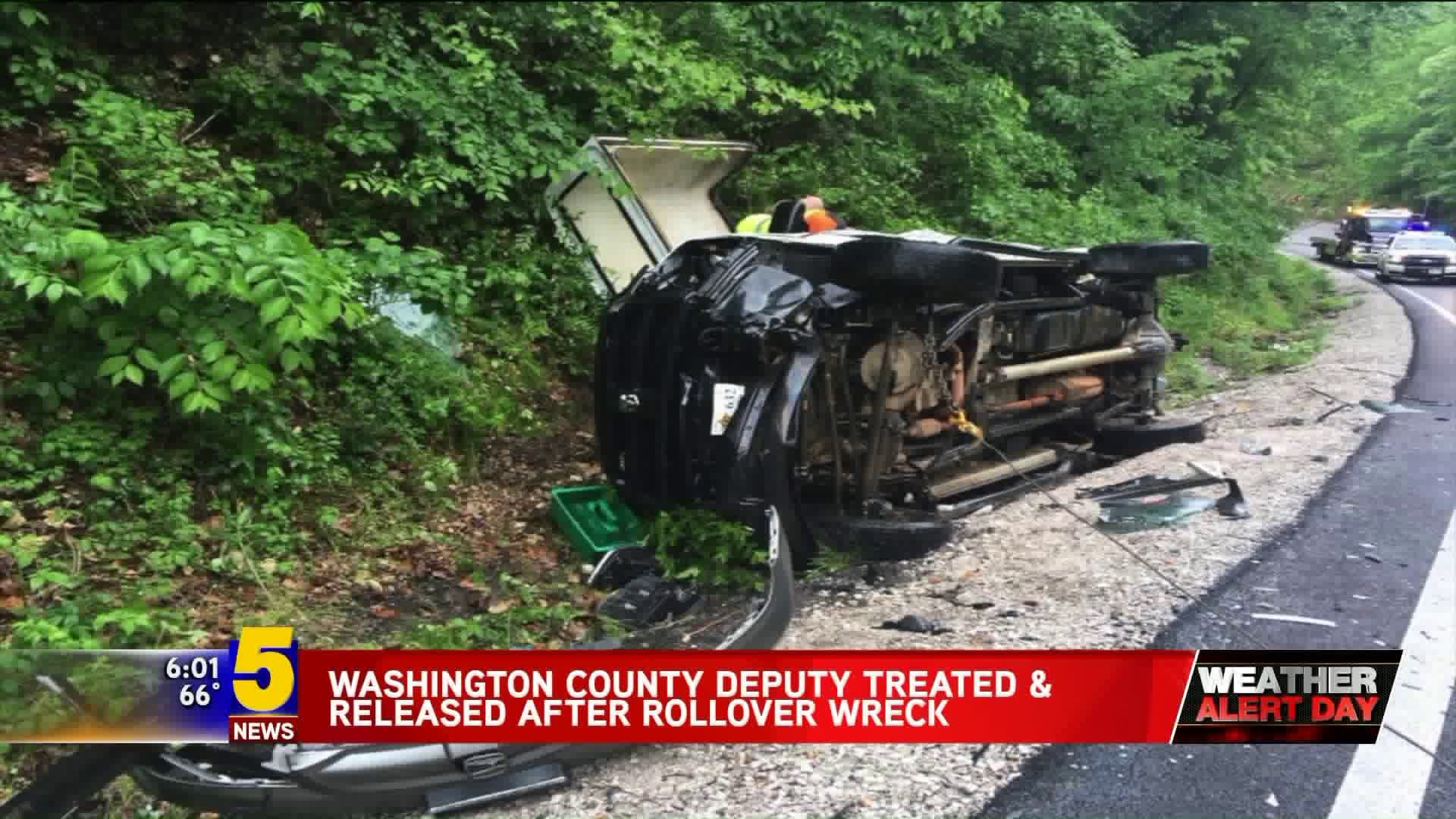 ROGERS (KFSM) — A Washington County sheriff's deputy was treated and released after a head-on collision Wednesday (May 8) morning near Prairie Creek, according to authorities.

The deputy was traveling east about 8:30 a.m. on Arkansas 12 when a vehicle in the opposite direction hydroplaned and hit the deputy head-on near Stoneridge Road, according to Kelly Cantrell, sheriff's office spokeswoman.

Whisenant said the deputy was entrapped in the vehicle, but they were able to extract him with the help of the Rogers Fire Department.

Cantrell said the deputy was taken to Mercy Hospital in Rogers.

A Facebook post from the Washington County Sheriff's Office said the deputy has been released from the hospital. The other driver was not transported, the sheriff's office said.

The name of the deputy has not been released.

Stoneridge Road is a short road with a handful of houses that runs parallel to Arkansas 12 before curving up to meet it.

The highway was closed in both directions for about 90 minutes as officials worked the accident.