NOEL, Mo. (KFSM) — McDonald County sheriff’s deputies are investigating a possible homicide after a woman’s body was found Monday (July 29) on a ste... 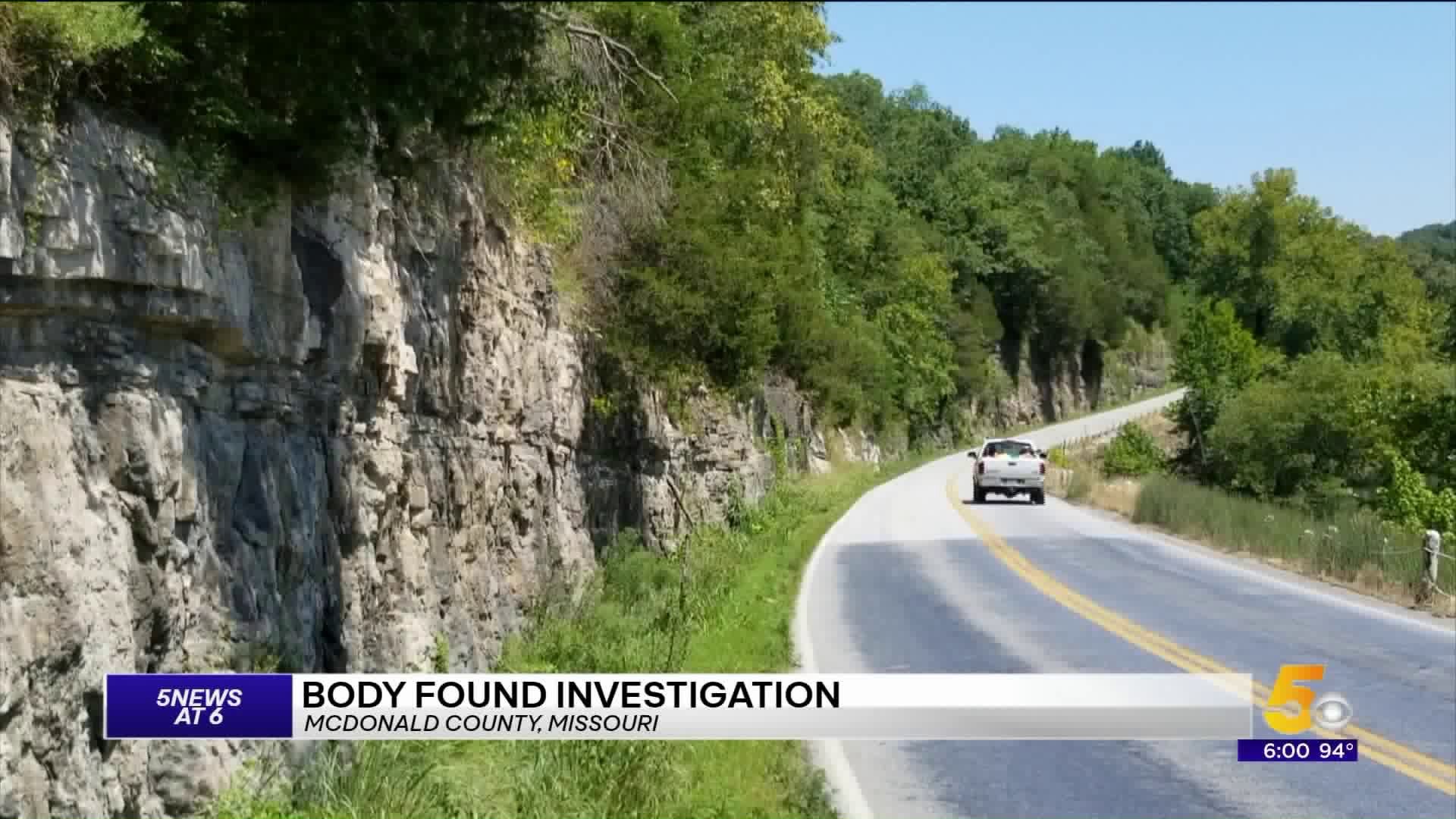 NOEL, Mo. (KFSM) — McDonald County sheriff's deputies are investigating a possible homicide after a woman's body was found Monday (July 29) on a steep hillside along Highway 59 between Noel and Ginger Blue.

Investigators also found a suitcase near the body and believe the woman had been put inside it, according to Sheriff Michael Hall.

Hall said it was unclear how long the woman had been there. A man bicycling through the area found the woman's body, Hall said.

The body was found just north of Shady Beach Campground. Carson Adamson the co-owner of the campground says it makes him uneasy but he still believes its a safe area.

“That doesn’t concern me. A lot of people travel up and down the highway. It’s kind of an unsettling feeling," Adamson said. “Hopefully they can get her identified and get closure to the missing person they have been searching for and hopefully they can find who done it.”

The sheriff's office was unable to identify the woman due to the condition of her remains.

According to the McDonald County Coroner, the body was in an advanced state of decay.

He estimates the body has been out in the elements for about a month but because of recent weather conditions, but it could be as short as two weeks.

Hall said an autopsy has been scheduled for today (July 30) and his office is treating the case as a homicide.

Deputies say there are no open missing person cases in that area.

Anyone with more information is asked to contact the sheriff's office at (417) 223-4318 and ask for an investigator.