SPRINGDALE, Ark. (KFSM) — The owners of two Springdale convenience stores and their children have turned himself in as part of an investigation into illegal gam... 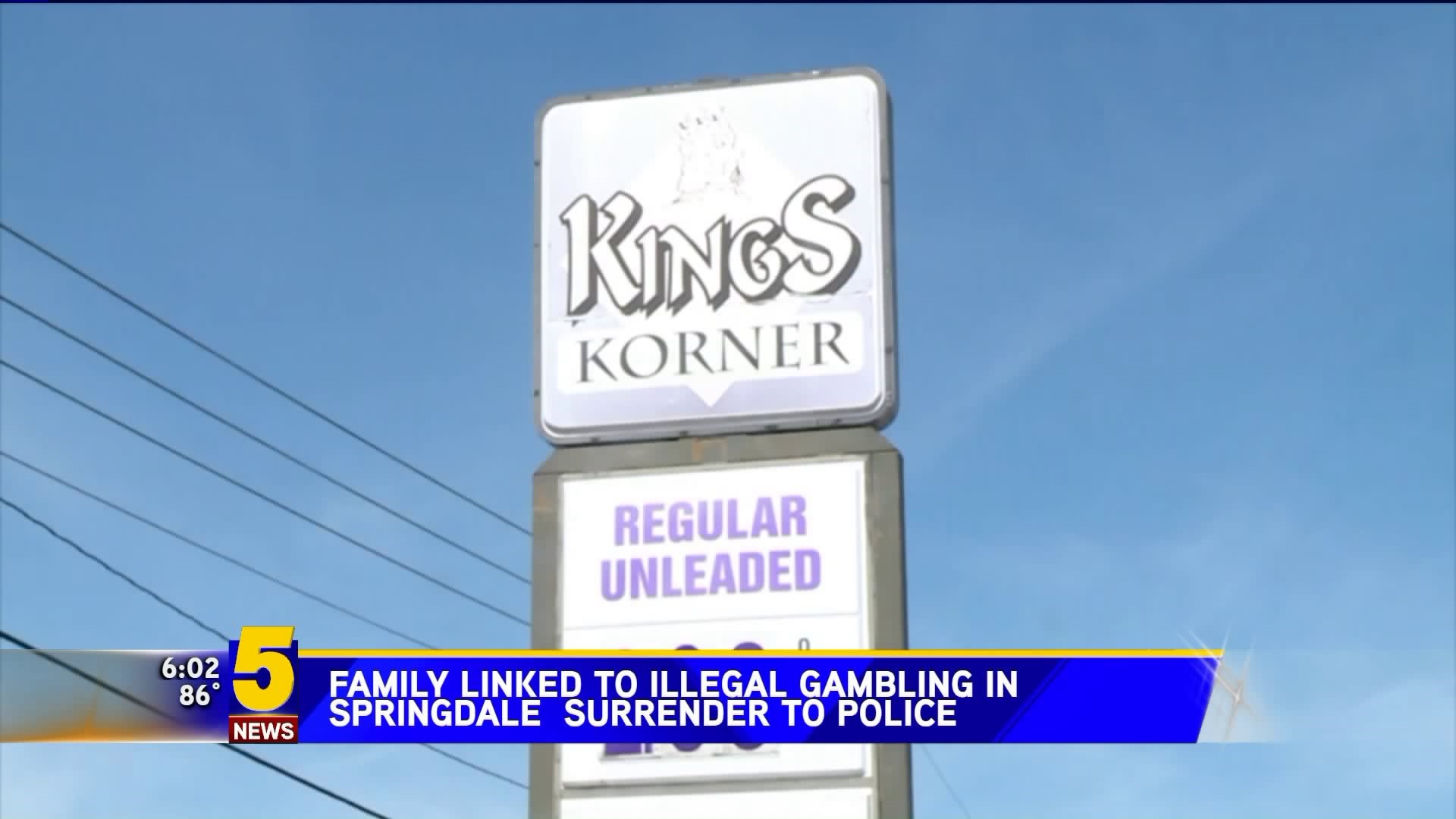 SPRINGDALE, Ark. (KFSM) — The owners of two Springdale convenience stores and their children have turned himself in as part of an investigation into illegal gambling at both locations.

Glen Calhoun, 72, and Tammie Calhoun, 57, who owns Kings Korner and Kings Xpress, along with their daughter, Lindsey Calhoun, 29, turned themselves in Friday (July 12). Mark Calhoun, 32, surrendered to authorities on Thursday.

All four face two counts of accomplice to keeping a gambling house, a Class D felony.

Authorities said patrons of both stores have been allowed to enter the store and play casino-style slot machines and turn their winnings in for cash.

"The system was no different than a player inside an actual casino," said Lt. Jeff Taylor, Springdale police spokesman.

Taylor said Kings Korner, located at 2808 W. Huntsville Ave. across the street from Central Junior High School, had a separate room "full of casino-style slot machines." The other store is at 2513 N. Thompson St.

Police raided the stores on Thursday morning, seizing 31 gambling machines, paper evidence and computer records documenting the operation, according to an arrest report.

Both stores, which also offer gas, are owned by Glen and Tammie Calhoun, according to state and county property records. The couple was out of state on vacation Thursday, Taylor said. Mark Calhoun is their son.

The Calhouns had been warned numerous times about state law regarding gambling operations, but they have continued to operate and profit off these machines, Taylor said.

Through the investigation, which dates to 2016, police learned one man had been robbed in April after winning roughly $300 from the machines.

Alcohol Beverage Control (ABC) agents also went undercover in 2017 to gamble at Kings Xpress -- winning 75% cash value for their winnings -- and told the owner to be wary of felony charges if they didn't shut the operation down, according to the report.

If illegal gambling is discovered during a compliance check on an establishment with an alcohol permit, the machines can be seized under state law, according to Scott Hardin, spokesman for ABC.

Store employees also implicated Mark Calhoun as the person who typically removes the money from the gambling machines.

"ABC will then issue appropriate violations to the permit holder. The penalty from ABC may range from a fine and probation to permanent revocation of the alcohol permit," Hardin said.

Taylor said the investigation is ongoing and more arrests are expected.

All four are set for hearings July 22 in Washington County Circuit Court.