A Fort Smith police officer was arrested and placed on administrative leave Tuesday after Sequoyah County deputies said he fired a gun inside his home and held ... 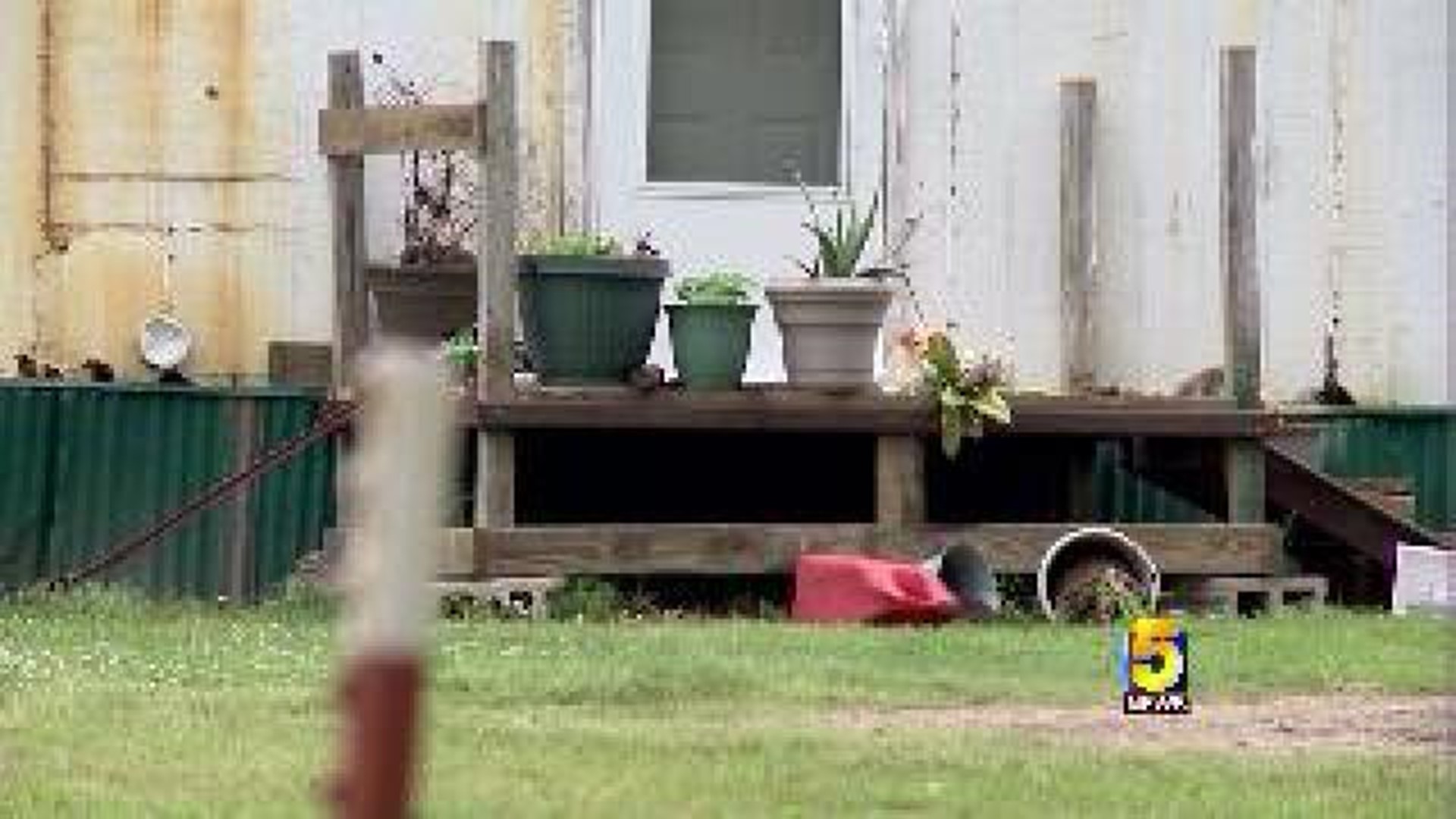 A Fort Smith police officer was arrested and placed on administrative leave Tuesday after Sequoyah County deputies said he fired a gun inside his home and held a gun to a five-year-old child's head.

Officer Naaman Adcock was placed on administrative leave with pay while authorities conduct an internal investigation. Sequoyah County authorities said they took nine guns from Adcock's possession after he fired off several rounds into a wall inside his home after he got into a drunken dispute with his wife.

Adcock was arrested on suspicion of assault with a deadly weapon, possession of a firearm while intoxicated, reckless conduct with a firearm, felonious pointing a firearm and child endangerment, according to the Sequoyah County Sheriff's Office.

Adcock's wife Tabatha was also arrested. She faces charges of failure to protect a child, child endangerment, possession of a firearm while intoxicated and reckless conduct with a firearm.

Investigators said both of the suspects fired a gun inside the house with at least two children inside. They were booked into the Sequoyah County Jail following their arrests. Naaman Adcock's bond was set at $24,000, while Tabatha Adcock's bond is $14,000, according to the Sheriff's Office.

The incident happened just off of U.S. 64-B near the Long community around 2:30 a.m., according to Sequoyah County deputies.

One of the children inside the home ran to a neighbor's house for help immediately after hearing the gunshots, dispatchers said. Neighbors then called police, according to authorities.

While on the way to the Adcocks' home, deputies stopped a blue SUV traveling away from the residence. Driving the vehicle was Tabatha Adcock. When she was questioned about the gunshots, she said that she and her husband had been shooting tires in the yard, and that everything was fine, according to an incident report.

The report states Tabatha Adcock was observed to be visibly upset. She kept wringing her hands and stuttering. The report also states that another deputy questioned Adock's two children who were also in the car.

Both children stated Naaman Adcock put a gun to the head of Tabatha Adcock's son and threatened to shoot him, according to the report.

Deputies continued to Adcock's residence, and when they knocked on the door, Naaman Adcock answered with a gun drawn and pointed it at a deputy. The deputy drew a gun and pointed it at Adcock, ordering him to drop his weapon, the report states.

The report states Adcock asked, "What? Oh really, are you going to shoot me?"

He later gave his gun to the deputies and spoke with them on the porch. He said he and his wife got into an argument, and she left, so he began shooting holes in the walls of his trailer. He said no one was home at the time he started shooting. He did admit to heavy drinking, according to the report.

Deputies entered the home and noticed several bullet holes in the wall. After further questioning of Tabatha Adcock, they found her story changing often, and when the deputies said Naaman Adcock held a gun to the head of Tabatha Adcock's 5-year-old son, she said, "Yeah, but it wasn't loaded!" according to the report.

She said that she didn't want Adcock to lose his job. The children, being interviewed by another deputy, said that Adcock had thrown the 5-year-old son out of the front door before grabbing him by the shirt and pointing a gun to his head, the report states.

Tabatha Adcock and her children eventually were taken by her step-father, and under Sheriff Ron Lockhart's orders, Naaman Adcock's guns were seized until he sobered up.

Lockhart said that since Adcock was inside his own home, he was detained but not booked into jail on suspicion of firing off his gun or being intoxicated. He was later arrested and booked into jail following a criminal investigation Tuesday.

Lockhart added that the case is being sent to the county district attorney, who will decide whether to file any charges.

Sequoyah County authorities said they took Adcock's guns from his house because he was intoxicated and endangering the safety of others. Those guns have been turned over to Fort Smith police, according to the Sequoyah County Sheriff's Office.