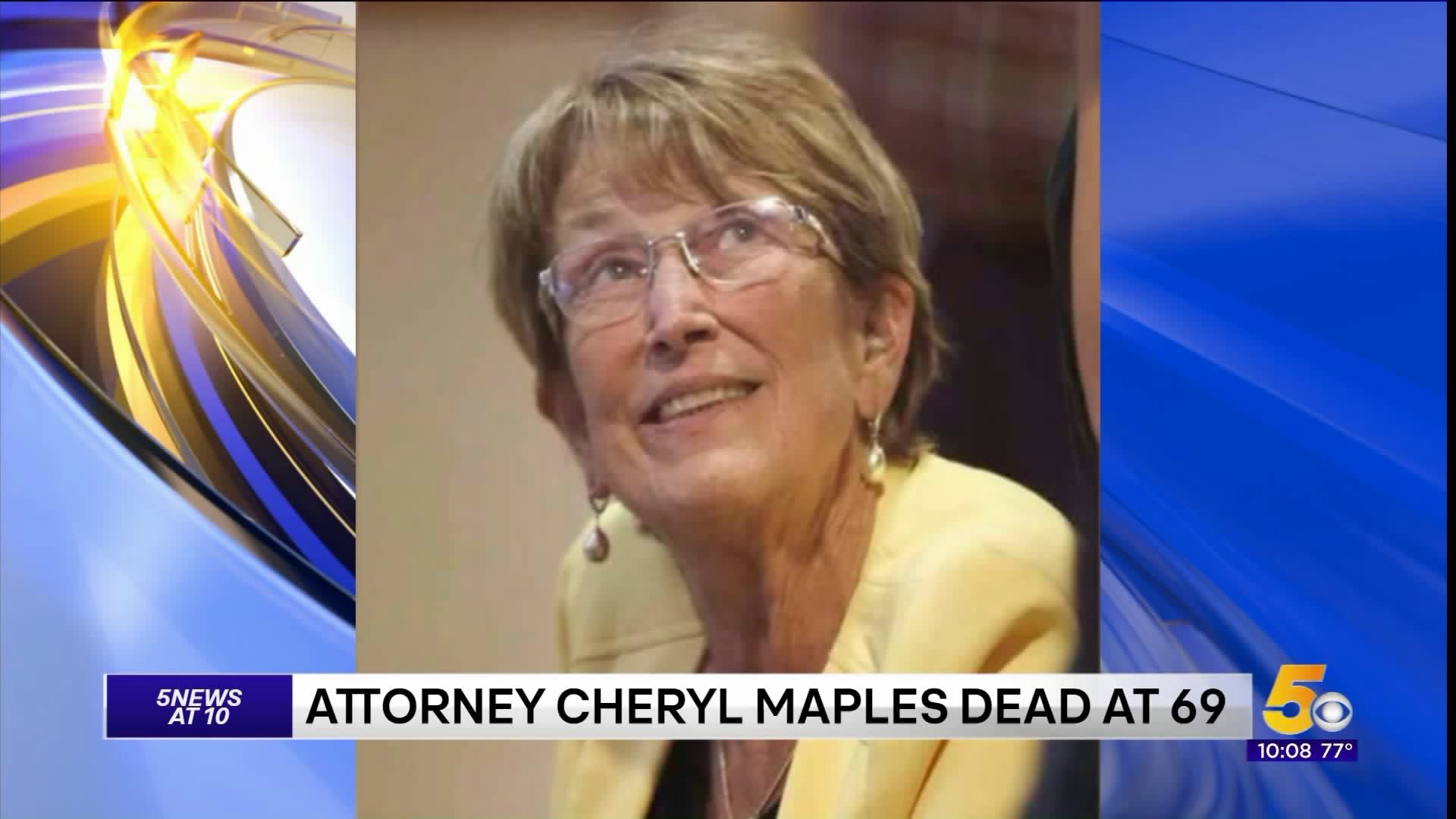 Maples represented same-sex couples who challenged Arkansas' constitutional amendment defining marriage as between a man and a woman. A Pulaski County judge struck the amendment down in 2014, which led to more than 500 same-sex couples marrying before the ruling was suspended by the state Supreme Court. The state's high court didn't rule before the U.S. Supreme Court legalized gay marriage in 2015. A federal judge also struck down the Arkansas ban in 2014 but also suspended her ruling.

Maples argued that the ban, approved by voters in 2004, violated fundamental rights enshrined in both the Arkansas and U.S. Constitution and could not stand.

"The voters can't just vote a change to an inalienable right," Maples told The Associated Press in 2015.

Maples won victories for LGBT rights on other fronts in Arkansas, representing couples who successfully challenged the state's birth certificate law, which defined parents by gender. The U.S. Supreme Court in 2017 reversed a state high court decision that married lesbian couples must get a court order to have both spouses listed on their children's birth certificates.

Maples also successfully sued to force the state in 2015 to recognize the hundreds of same-sex marriages that were performed in 2014 before Pulaski County Circuit Judge Chris Piazza's decision against Arkansas' ban was suspended.

"Cheryl was a deeply passionate fighter who loved her clients and she will be missed," said Holly Dickson, legal director and interim executive director of the American Civil Liberties Union of Arkansas.

Maples-Granger described her mom as a "social worker with a law degree."

"When she met someone who needed help, she'd help them," she said. "She couldn't help but help them and that's who she was."