ARKANSAS (KFSM) — Phone scams and robocalls continue to annoy people just about everywhere. It’s a growing problem that has some people refusing to answer... 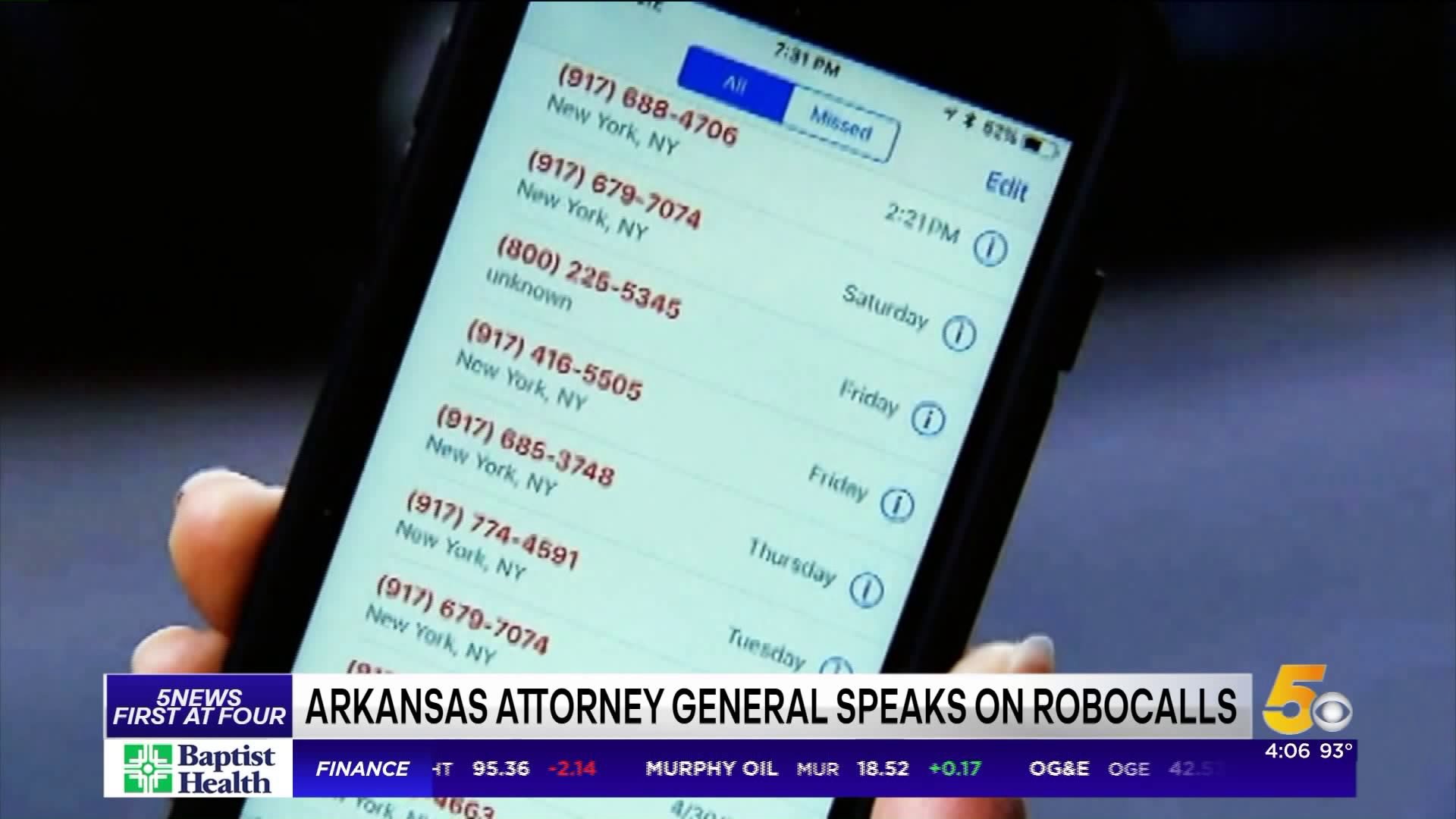 ARKANSAS (KFSM) — Phone scams and robocalls continue to annoy people just about everywhere. It's a growing problem that has some people refusing to answer their phone when an unknown number calls.

Arkansas Attorney General Leslie Rutledge says she understands Arkansans are frustrated with these calls and she's working with other attorneys general across the country to stop this growing problem.

"We've been working with our phone providers to encourage them to block these calls from coming to our phones, we've passed legislation that requires phone companies to file their efforts with the public service commission," Rutledge said.

She urges if you do slip up and give out your information, it's important to act as fast as possible before any damage is done.

While the government tries to get a handle on this problem, people receiving the calls are getting frustrated having to constantly hit ignore or risk being scammed.

"It's very frustrating, and most of them are scams, and I'm to the point where I won't even answer any number I don't recognize," Sheila Martin said.

Tommy Nunnlee says he is annoyed with the constant calling but refuses to fall victim to the scam.

"They try and call and tell you you're going to lose your benefits and all of this, and it's just a scam to get information, and if social security want to get a hold of you, it'll be by mail, it won't be by no phone," he said.

Nunnlee and Martin both say they hope Rutledge is able to stop this problem as fast as possible. Until then, they say, they will continue not answering their phones if they don't recognize the number.

Rutledge says she will be meeting with other attorneys general next week in Washington D.C. to continue working on stopping this problem.