Hundreds of people gathered in Poteau Wednesday (March 26) to cheer on the athletes participating in the Area 10 Special Olympics track and field events. Tanna ... 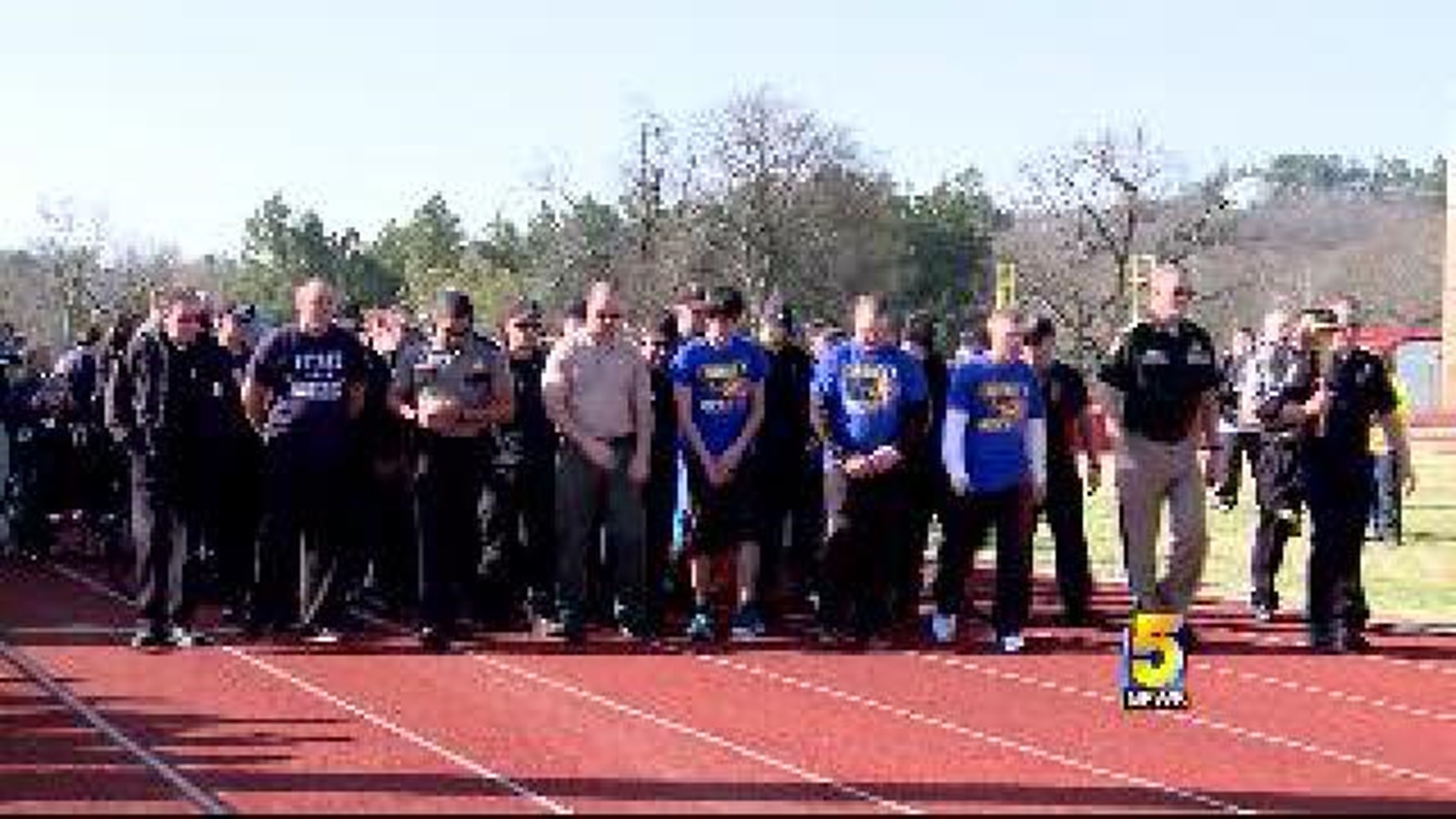 Hundreds of people gathered in Poteau Wednesday (March 26) to cheer on the athletes participating in the Area 10 Special Olympics track and field events. Tanna Weaver, Special Olympic coach for Poteau schools, said 80 of the athletes will now go on to compete in the state championship in May.

More than 100 athletes, ages eight and older, from LeFlore County and the surrounding areas competed in events like a 50 meter run, relay races, softball distance throw and shot put.

"Everyone's a winner no matter whether they finished first or last. They got out there, they got to compete, they got to be a part of something," said Weaver.

Area kids who do quality in their event will now go on to compete in the state games in Stillwater, Okla. May 15-17.

Glenda McAllister, 15, from Poteau was honored with this year's Spirit Award for showing the most team spirit, leading by example and being an active participant.

Weaver said she's been coaching McAllister since she was in the third grade. McAllister has hopes of becoming a Special Olympics coach in her future.

"She's kind of taken on to mentoring the younger kids, being there for them, telling them what they need to do," said Weaver.

McAllister has learning disabilities but said she's overcome a lot of obstacles in her life.

"My entire life I've learned how to deal with my situation," she said. "Just go on each day and take up for other kids with special needs too."

To show their support for the athletes, state law enforcement ran with a torch from Heavener, Okla. to Poteau. Sheriff's deputies, police officers, state troopers and corrections officers did it to raise money and awareness for the Special Olympics.

"We're not normally runners, but we get out here to do a multi-mile run and to show our support for (the athletes) so they know they can get out here and do these events just the same as anybody else," said Poteau Police Chief Stephen Fruen.