CHARLESTON (KFSM) — A Charleston teacher is facing an assault charge after witnesses say she hit a woman at a local church back in July. An arrest warrant was i... 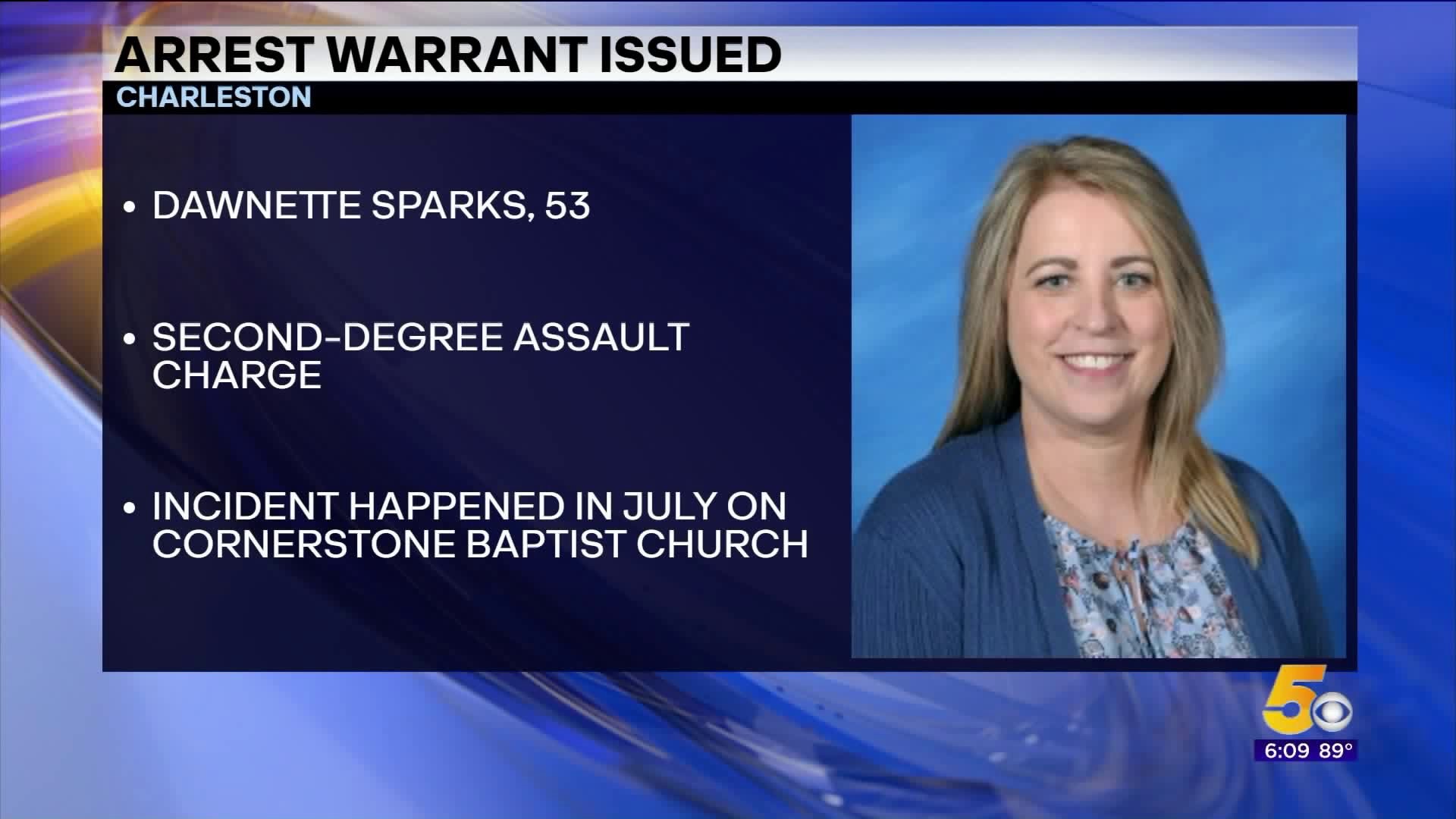 CHARLESTON (KFSM) — A Charleston teacher is facing an assault charge after witnesses say she hit a woman at a local church back in July.

An arrest warrant was issued Tuesday (Oct. 1) for Dawnette Sparks, 53, on a second-degree assault charge.

According to Sebastian County Captain Philip Pevehouse, Sparks got into an argument with Sandra Jarrett, 69, at the Cornerstone Baptist Church in Bloomer on July 17. Jarrett contacted deputies the following Saturday (July 20) to report the incident.

The incident happened after Sparks confronted Jarrett over rumors related to the church's pastor, who is also Spark's brother. Jarrett said Sparks blamed her for the rumors, and the two began to argue.

Jarrett told deputies that Sparks attacked her during the argument and that she was hit twice in the face. Jarrett said during on of the blows, a ring or fingernail scratched her lip. She said she was hit three times in the arms, which left bruises, and was hit once more in the head before bystanders pulled Sparks off her.

Jarrett complained of pain in her head and neck, for which she later saw a doctor. She told deputies on July 24 that she wanted to pursue charges after her doctor said she would need to wear a neck brace for five days. She gave investigators contact information for several witnesses, but some were out of town and took time to contact, while others were slow to return calls, investigators said.

Witnesses at the scene told deputies that Sparks "smacked [Jarrett] across her left cheek and again on her shoulder" but that a third party intervened and split the two women apart, after which Sparks left.

Pevehouse said Sparks has been told to turn herself in today.