LITTLE ROCK, Ark. (AP) — An Arkansas woman was charged Monday with capital murder in the killing of a former state senator whose body was found outside her own ... 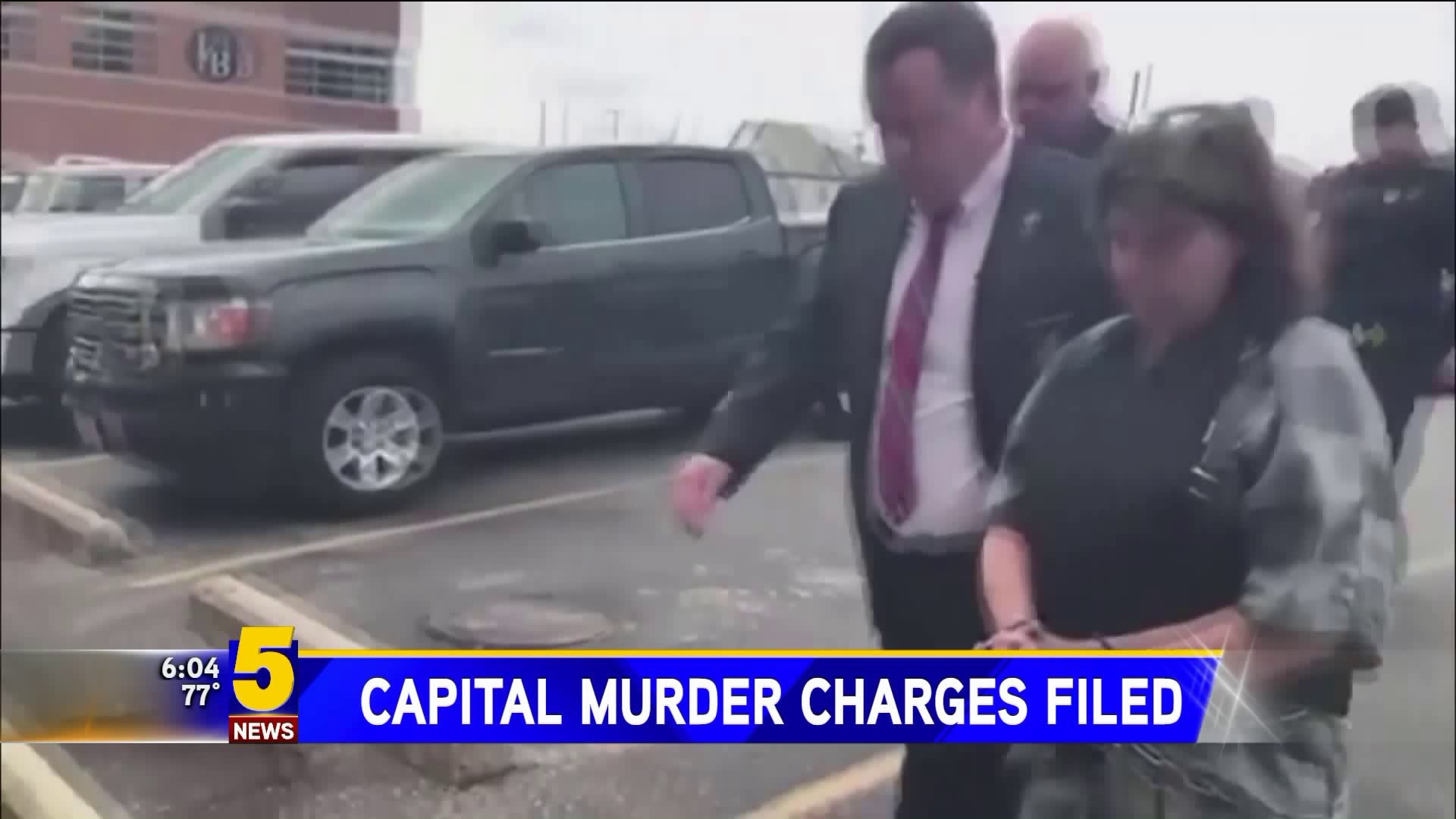 LITTLE ROCK, Ark. (AP) — An Arkansas woman was charged Monday with capital murder in the killing of a former state senator whose body was found outside her own home.

A judge also found probable cause to charge 48-year-old Rebecca Lynn O'Donnell with abuse of a corpse and tampering with physical evidence, Jonesboro television station KAITreported. The judge did not set bond for O'Donnell, who was arrested Friday in former Sen. Linda Collins' death.

Authorities haven't said how or when Collins was killed. The day after her body was found, a judge granted prosecutors' request to seal all documents and statements obtained by police during the investigation.

Collins, who went by Collins-Smith in the Legislature, was found dead June 4 outside her home in Pocahontas, which is about 130 miles (210 kilometers) northeast of Little Rock. A former Collins spokesman said O'Donnell was friends with Collins, and court records show that O'Donnell was a witness in the former lawmaker's divorce proceedings. Collins divorced retired Circuit Judge Philip Smith last year and the two were in the middle of a court fight over their properties.

Robin Emis, an attorney for Collins during her divorce, said she didn't believe O'Donnell was capable of the crime and described the woman as a close confidante of the ex-lawmaker.

"She treated Linda as if she was either her friend or her mother. She just watched over her and protected her to a degree that was touching," Emis said.

Tim Loggains, O'Donnell's fiancé, proclaimed her innocence and said they "both loved Linda and tirelessly gave our time and energy to support her, in every way." Loggains was granted power of attorney for Collins during her divorce proceedings.

"Although Becky and I are devastated by the current accusations, we are trying to trust the judicial process and we hope that every possible suspect is being looked into," he said in a statement. "A lot of hurtful things are being printed and we ask that people please show us mercy while the police investigate every possibility."

Prosecutor Henry Boyce on Monday also defended his decision to ask that the case records be sealed, saying news reports and social media posts became a "distraction" to law enforcement within hours of Collins' body being found.

"The biggest threat to the successful prosecution of any criminal case is the premature release of information which has the tendency, as with this case, to become distorted and ultimately has the effect of prejudicing the potential jurors who may eventually be chosen to hear the case at trial," he said in a statement released by his office.

Collins was buried on Saturday and her family over the weekend said they were "sickened and upset" by the thought that one of her friends could have been involved in her killing.