BENTONVILLE (KFSM) — A Bentonville teen traded his traditional high school for an online school. This allowed him to spend more time playing an instrument... 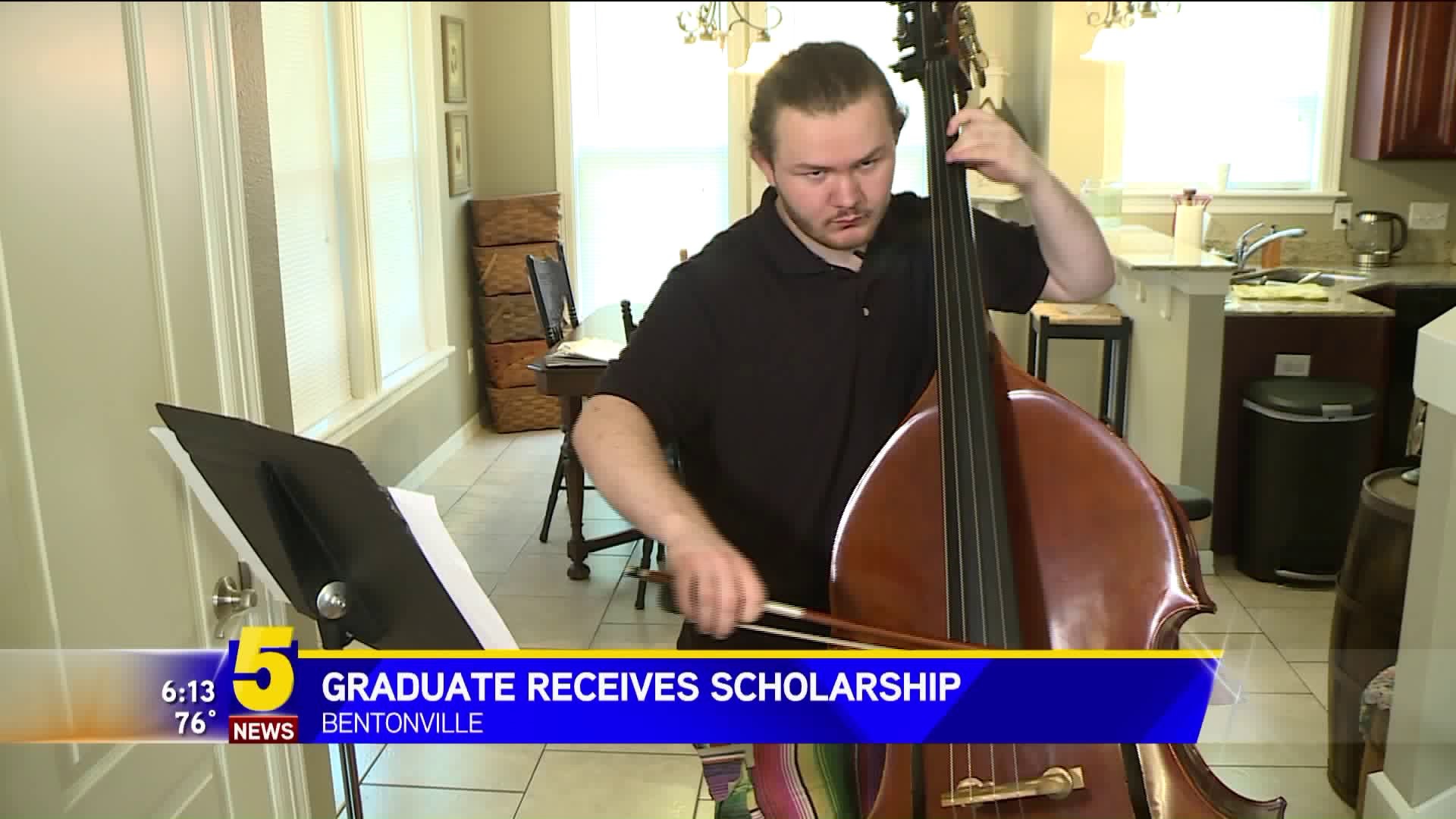 BENTONVILLE (KFSM) -- A Bentonville teen traded his traditional high school for an online school. This allowed him to spend more time playing an instrument that landed him a college scholarship.

McKay Clark has been playing the upright bass since he was in the sixth grade. He chose to do his senior year of high school at the Arkansas Virtual Academy. He said high school was hard and wanted to focus on his music rather than school work.

“That didn't work on a normal school schedule. So, when I found something that would allow me to do school work when I wanted to and to go to practices. It just really felt like the perfect opportunity,” Clark said.

The Arkansas Virtual Academy allowed Clark to have three rehearsals a day. ARVA is an online powered public school. Clark said he chose the bass because it stood out.

“There was like a demonstration concert and there was one just one bass player and I liked that there was just one and just how different it was. It was just like a low growl among all the other strings. It just really stood out to me and I just knew that is what I wanted to play,” he said.

Clark is going to Oklahoma City University in the fall on a $100,000 talent scholarship. A school he knew he wanted to attend after going to bass camp on the campus. He said he wakes up every day a little more excited.

“This is real, this is happening. When I first, not even the scholarship just an acceptance letter it, becoming a professional musician stopped feeling like a dream and started to feel like a real opportunity, like it could really happen,” he said.

Clark played with the University of Arkansas Symphony as well as the Bentonville High School Orchestra.

He was just one of four students out of 100 worldwide that received this scholarship.