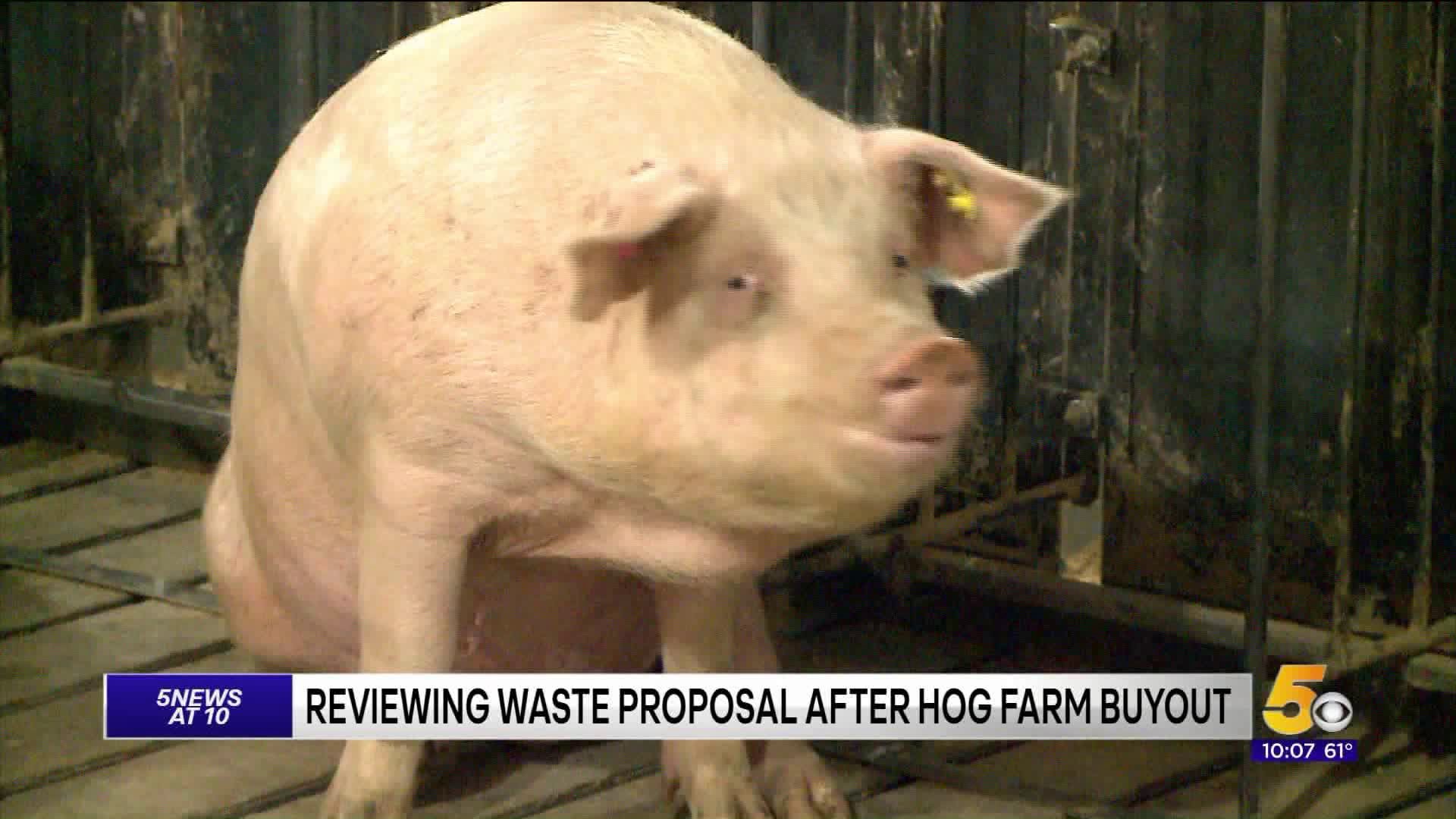 LITTLE ROCK, Ark. (AP) — Arkansas will review a proposal to remove waste from the country's first national river watershed after a large hog farm accepted a buyout from the state to close its site following years of environmentalist complaints.

The Arkansas Department of Energy and Environment hired Harbor Environmental to draft the closure plan for C&H Hog Farms, which was completed late September. It includes permanently banning medium and large hog farms from the Buffalo National River watershed.

C&H took a $6.2 million buyout from the state this summer to shutter the farm after years of concerns were raised about such a large farm's potential impact on the river. The farm was permitted to house about 6,000 hogs. It must close by early February.

Critics have expressed concern over pollution, but the research has not explicitly found that C&H caused the algae in the river.

Gordon Watkins is the president of the Buffalo River Watershed Alliance, an advocacy group formed to prevent pollution of the river. He said the grounds are already oversaturated with manure and phosphorous.

"We'd like to see some efforts to continue monitoring around the storage ponds as well as Big Creek itself, to see if phosphorus could continue to leach out into Big Creek or to spot evidence of ponds seeping," Watkins said.

People can submit comments on the plan until Oct. 15. Then, the department will decide to alter it and/or finalize it.

Jacob Harper, spokesman for the department, said in an email that the next steps are cleaning out the facilities and closing the manure storage pond.

The plan also calls for demolishing the ponds and planting vegetation to minimize erosion.

C&H borders Big Creek about 7 miles (11 kilometers) from where the creek flows into the Buffalo.