LITTLE ROCK, Ark. (AP) — The Arkansas Senate narrowly approved a $100 million plan Wednesday to raise taxes on tobacco and e-cigarettes to pay for a package of ... 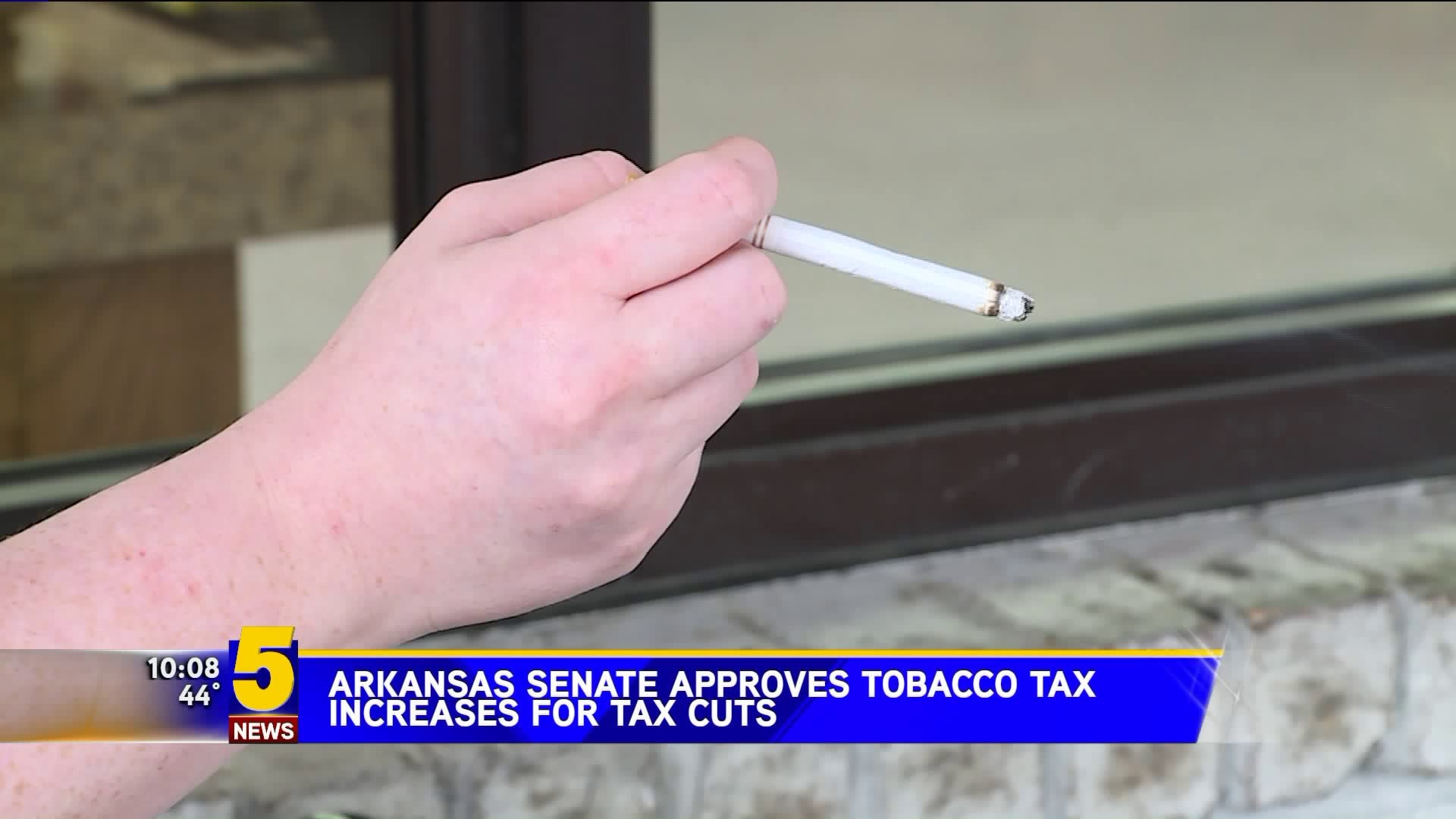 LITTLE ROCK, Ark. (AP) — The Arkansas Senate narrowly approved a $100 million plan Wednesday to raise taxes on tobacco and e-cigarettes to pay for a package of tax cuts for low- and middle-income residents, sending it to the House where it faces an uncertain future

The Senate on approved by a 18-14 vote the proposal backed by Republican Senate President Jim Hendren and a bipartisan group of lawmakers. The bill calls for increasing taxes on cigarettes and making e-cigarette products subject to the same taxes as tobacco products. It uses the revenue to pay for an income tax credit and tax cut for low-income residents and an increase in the standard deduction.

Hendren said the measure helps address the cost that tobacco products and e-cigarettes are inflicting on the state and also helps balance out a "regressive" tax system.

"It's time to start doing something both with fiscal policy and health care policy," Hendren said on the floor before the vote.

The bill creates a new tax credit for low-income residents. It also cuts taxes for those making less than $22,000 a year. Under the proposal, the first $8,899 earned by those in that category won't be subject to income tax. Currently, up to $4,499 for those in that category isn't subject to income tax. The proposal also raises the standard deduction for taxpayers from $2,200 to $3,300.

The cuts are paid for by a new 20 percent excise tax on cigarettes that will created under the bill, which Hendren has said equates to about 80 cents a pack. The bill also imposes a 68 percent tax on e-cigarette products.

Republican Sen. Trent Garner, an opponent, said the tax increases would be a burden on many in the state and would lead to vaping shops closing down or laying off employees. He said the move would also hurt gas stations and other stores, with shoppers buying cigarettes in surrounding states with lower taxes.

"This will hurt the people we're claiming that we care about," Garner said.

Hendren acknowledged the bill faces a challenge in the House, where leaders have expressed reluctance about the measure. Gov. Asa Hutchinson, who is Hendren's uncle, has not taken a position on the measure. A spokesman said Hutchinson was still monitoring it and studying the financial impact.