LITTLE ROCK, Ark. (AP) — Arkansas senators on Thursday approved a proposal to ban abortion in the state if the U.S. Supreme Court overturns its landmark 1973 de... 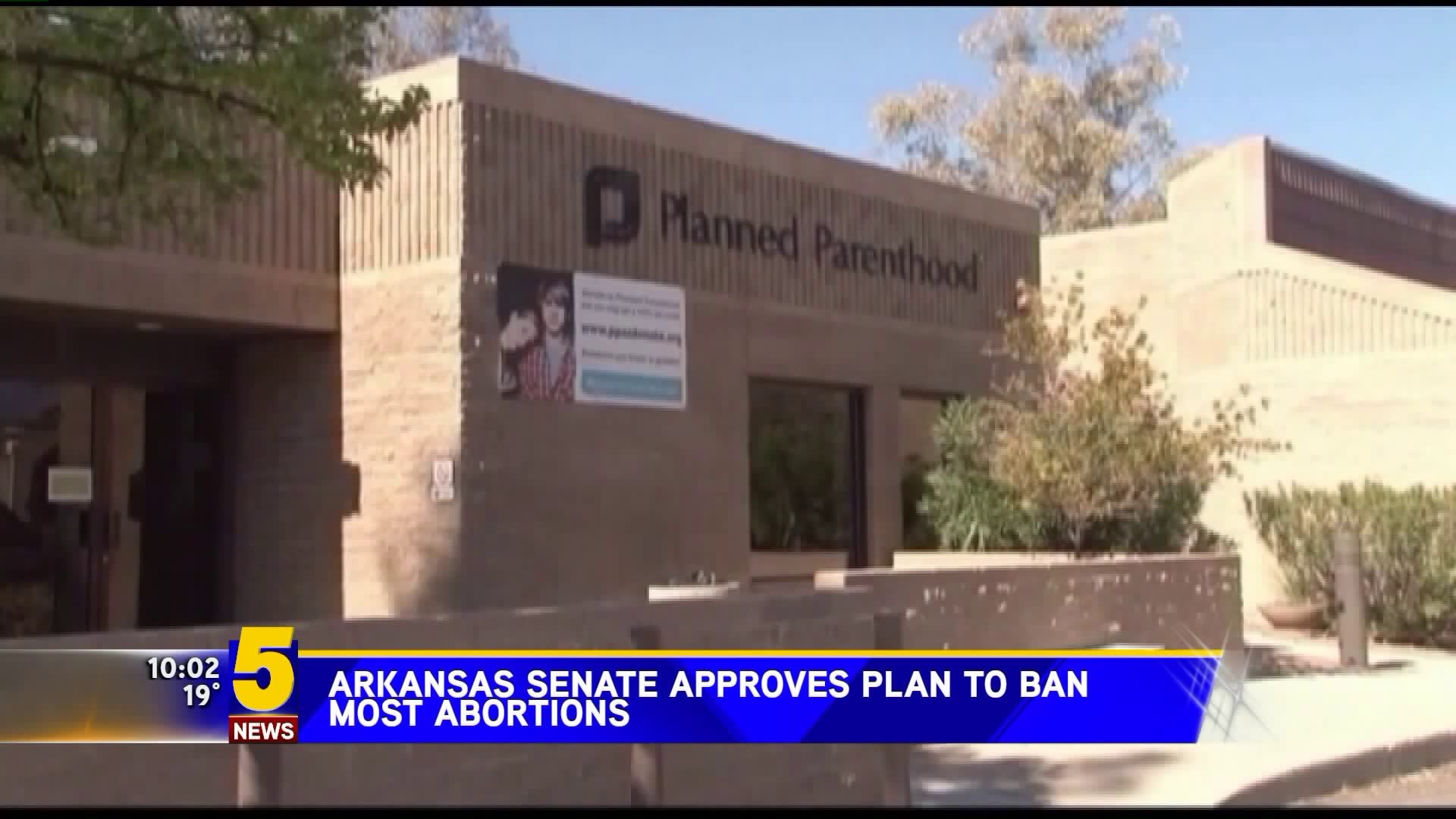 LITTLE ROCK, Ark. (AP) — Arkansas senators on Thursday approved a proposal to ban abortion in the state if the U.S. Supreme Court overturns its landmark 1973 decision legalizing the procedure nationwide.

The Senate voted 29-6 for the bill to ban all abortions, except for medical emergencies, if the Roe v. Wade decision is overturned or the U.S. Constitution is amended to prohibit the procedure. The measure, which now heads to the House, is backed by abortion opponents who say they're optimistic the Supreme Court is likely to back more sweeping bans following President Donald Trump's appointments to the high court.

Louisiana, Mississippi, North Dakota and South Dakota have similar laws on the books triggering abortion bans if the decision is struck down. An amendment to Arkansas' constitution voters approved in 1988 says the state's policy is to "protect the life of every unborn child from concept until birth."

"The state of Arkansas is clearly a pro-life state and our citizens have spoken clearly time and time again that we should protect the lives of unborn babies," Republican Sen. Jason Rapert, the measure's sponsor, said before the vote.

The measure passed mostly along party lines in the majority-Republican Senate. Three Democrats joined all 26 Republican senators to back the triggered ban, while the six votes against the bill came from Democrats.

The bill passed following nearly an hour of debate that included GOP Sen. Missy Irvin discussing finding out she was pregnant when she was an unmarried college student and deciding with her now-husband to keep the baby. Sen. Joyce Elliott, a Democratic opponent of the bill, talked about a woman at her college dorm bleeding from an illegal abortion she underwent before the Roe decision.

The proposal in Arkansas doesn't include exceptions for rape and incest, which also drew sharp criticism from Democrats opposing it.

"You're OK if somebody rapes your daughter or your wife and they don't get a choice?" Elliott asked measure supporters.

Arkansas has enacted some of the nation's strictest abortion laws since Republicans won control of the state Legislature in 2012, and many have been the subject of court battles. Lawmakers are expected to take up even more restrictions this year, including a proposal that would prohibit doctors from performing abortions if they know the woman is seeking one solely because the fetus is diagnosed with Down Syndrome.