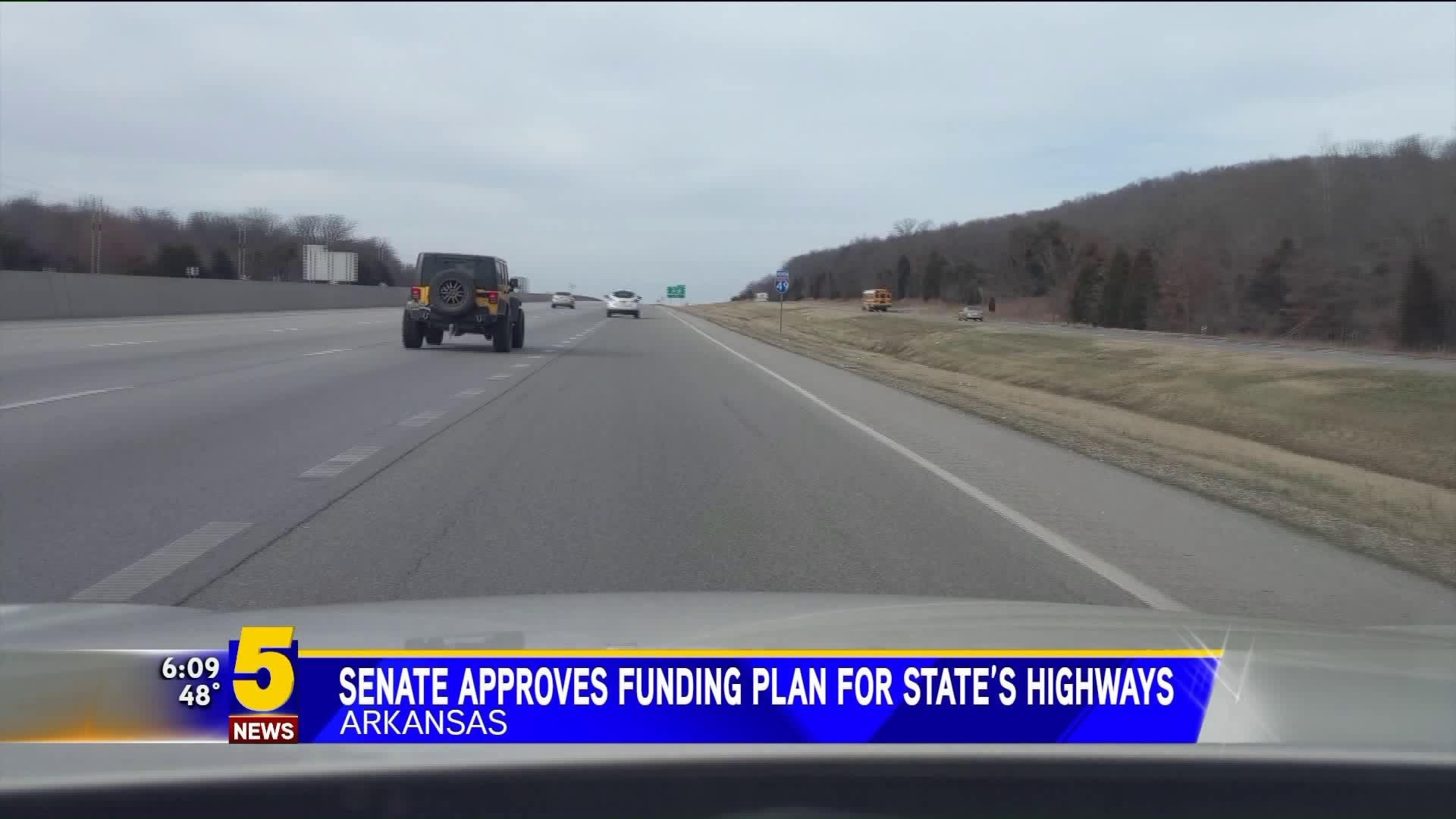 LITTLE ROCK, Ark. (AP) — The Arkansas Senate on Thursday approved a proposal to raise fuel taxes and tap into expected casino revenue for state highways, advancing the first part of a $300 million plan by the governor to close the funding gap for the state's roads.

The Senate voted 27-8 in favor of the proposal unveiled last week by Republican Gov. Asa Hutchinson, sending the measure to the House. A House panel is expected to take up the bill on Tuesday.

"We've kicked the can down the road as far as we can," Republican Sen. Terry Rice said before the vote.

The proposal creates a new wholesale tax on fuel that would raise gas prices by 3 cents a gallon and diesel by 6 cents. It also calls for tapping at least $35 million in expected tax revenue from four casinos that will open under a constitutional amendment voters approved last year. The casino revenue, however, isn't expected to hit $35 million until the fiscal year that begins July 2024 and the governor has committed to using other funds to fill in the gap. The proposal also raises registration fees for electric and hybrid vehicles.

Eight of the Senate's 26 Republicans voted against the bill, while all nine Democrats in the majority-GOP chamber voted for it. One GOP opponent said he wanted to see more oversight and reform over the highway department before sending it more money.

"Before we give them everything, there needs to be some accountability," Republican Rep. Kim Hammer said, adding that he supports a separate part of Hutchinson's plan that would ask voters to permanently extend a half-cent sales tax for roads.

"There is so much riding on this highway funding bill," the governor said in a statement. "We all depend on the maintenance of our roads for everything from families making a simple shopping trip to emergency vehicles to the big rigs that we rely on to keep our economy running."

The majority leader in the Republican-led House predicted the measure has enough support in that chamber. But the bill faces resistance from some GOP lawmakers who are opposed to raising taxes. The proposal advanced after lawmakers last week gave final approval to Hutchinson's plan to cut the state's top income tax rate.

"We have this massive tax cut last week and we're going to turn around and raise taxes? That just doesn't make any sense to me," said Republican Rep. Julie Mayberry, who has said the state should look at existing money such as tax revenue from car sales.