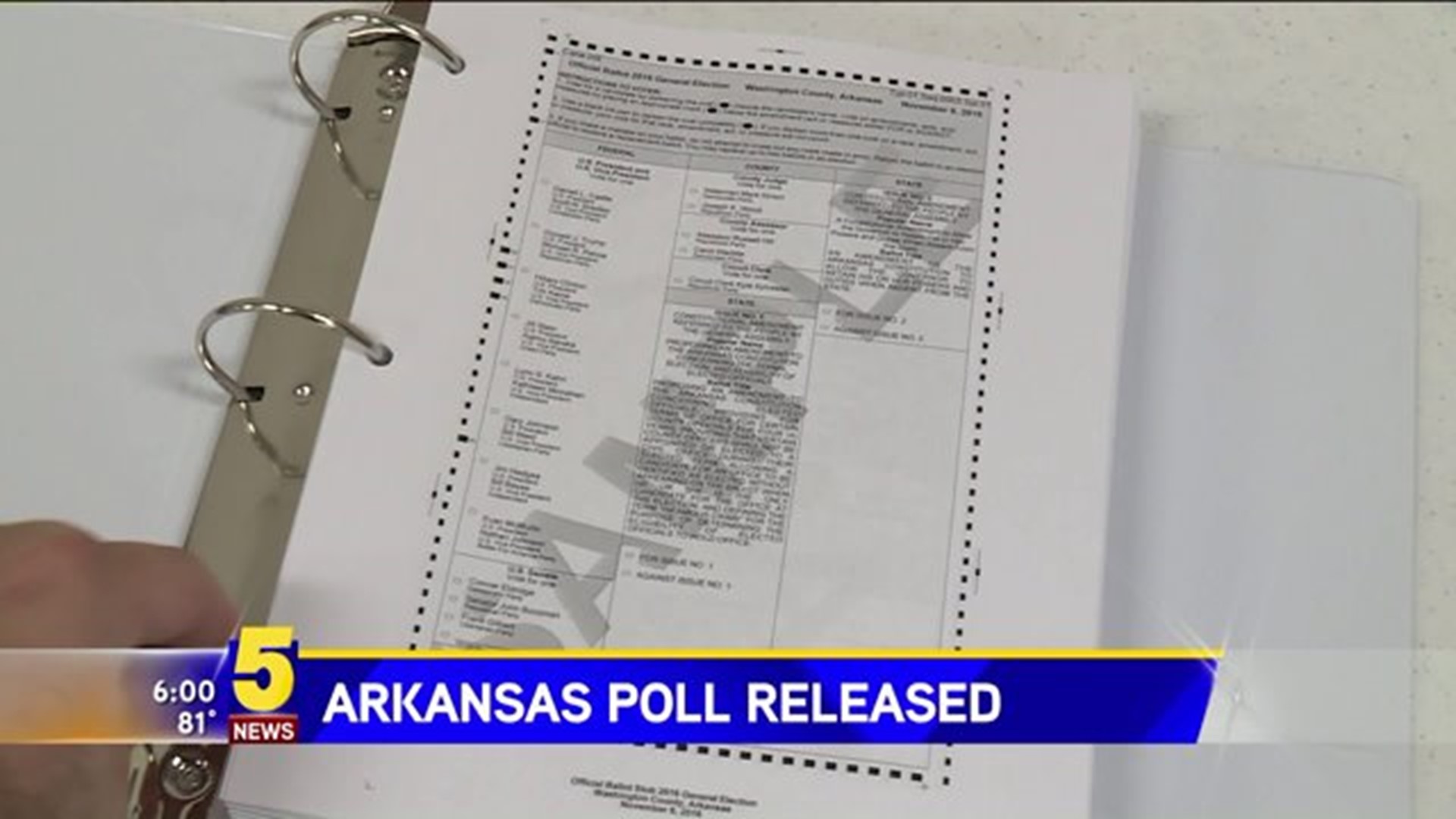 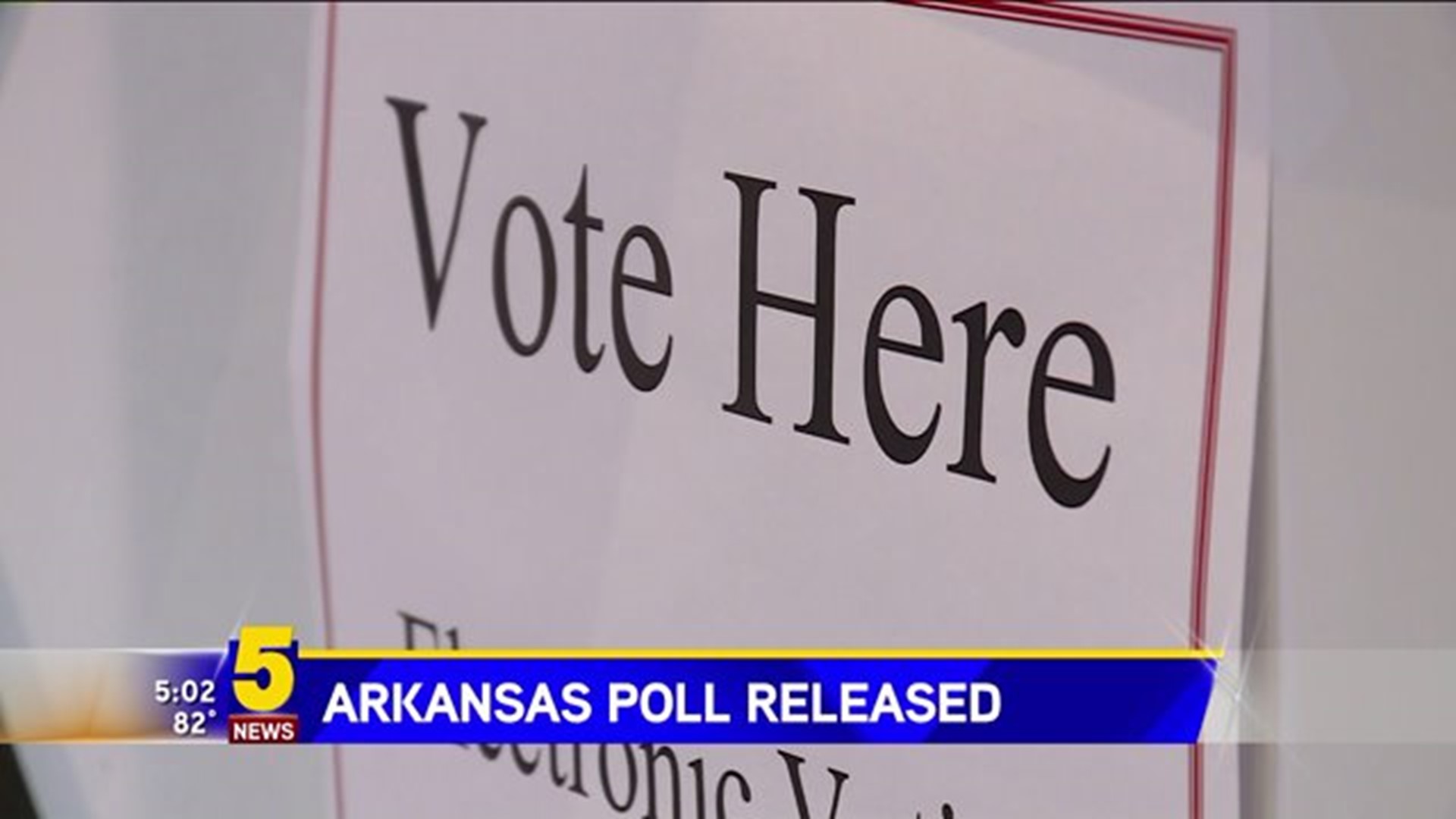 FAYETTEVILLE (KFSM) -- The 18th annual Arkansas Poll released Wednesday (Nov. 2) found voters in the Natural State are overwhelmingly supporting Donald Trump for president and are slightly more in favor of the Medical Marijuana Amendment than not.

The poll also found voters are more optimistic about the economy, but more pessimistic about crime, healthcare, education and politics.

The 2016 poll focused on the presidential race, U.S. Senate race, medical marijuana, abortion, same-sex marriage and the state of the state.

The poll was conducted by the University of Arkansas through live phone interviews with about 800 randomly selected participants between Oct. 18 and 25. The poll has a record of coming within 2 points of the actual election outcomes.

The most noticeable shift occurred with a 19 percent reduction in concern about the economy over the last year and 10 percent increase in concern over crime, healthcare, education and politics.

Below are some of the poll's findings:

Financial Status Compared To Year Ago:

“The elections of course bounce around a little bit but given the rightward turn that Arkansas has taken as a state lately, I don`t think to many people will be surprised to learn that the Republican candidates at the top of the ticket have big leads at this point,” said Parry.

Parry said one of the biggest take aways from the poll stemmed from the question: Do you consider yourself to be republican, democrat or independent?

“This was the first time they we got fully 34% of self- identified very likely voters in Arkansas to identify as Republicans. That`s the highest number we`ve seen. So while election results have been doing that for some time, people saying that they actually are...quote unquote switched brands is a new thing,” she said.

And although health care is one of the top three issues voters are concerned about and likely to associate with President Obama there was a decline in opposition to the health care overhaul.

“I think you will just see that gradually fall of Arkansans` agenda as something we get worked up about and maybe as it`s starting to affect and some of it`s provisions are starting impact many Arkansans that might be something you see too,” she said.

But parry said having two medical marijuana measures at once on the ballot in Arkansas complicated the matter.

“Once we ended up with detailed public policy proposals and even more than that, once we had two proposals that were competing measures I think people got confused and a little bit nervous and it drove down support,” she said.

The poll was conducted when both issue six and issue seven called the medical cannabis act were still on the ballot.

The State Supreme Court has since disqualified issue seven, so the only remaining measure is issue six.