LITTLE ROCK, Ark. (AP) — One of four carnival workers accused of dumping the bodies of a slain Kansas couple had ordered the killings while posing as a carnival... 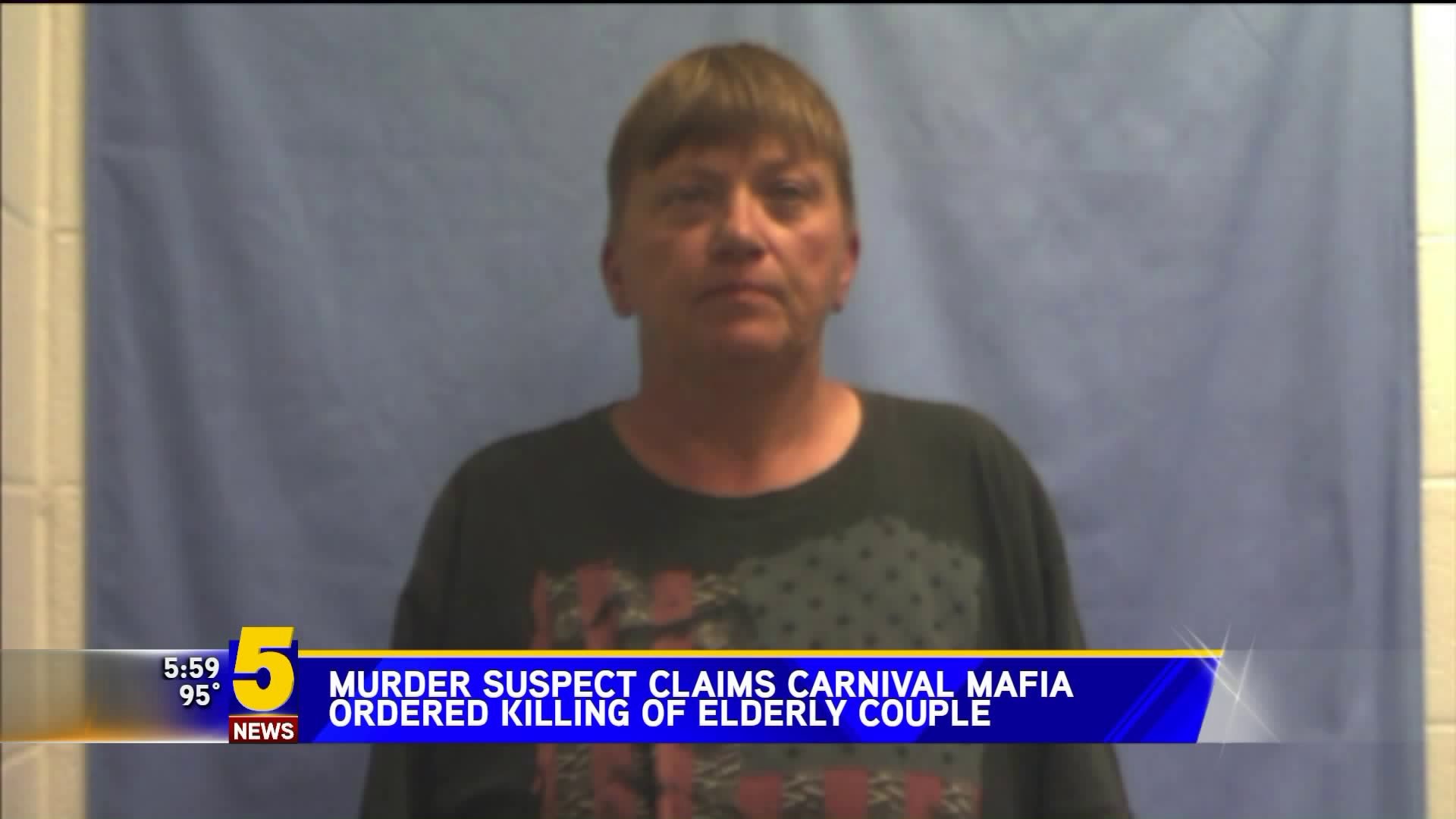 LITTLE ROCK, Ark. (AP) — One of four carnival workers accused of dumping the bodies of a slain Kansas couple had ordered the killings while posing as a carnival mafia member, according to Arkansas police.

Carnival workers Kimberly Younger, Michael Fowler, Rusty Frasier and Christine Tenney were charged this week in Crawford County Circuit Court. The charges include abuse of a corpse, theft by receiving and tampering with physical evidence in the deaths of Alfred "Sonny" Carpenter and Pauline Carpenter.

Younger allegedly posed as a carnival mafia member named "Frank Zaitchik" and texted others last month to kill the Carpenters on the fairgrounds at Great Bend, Kansas, where the couple were vendors, according to Van Buren police. Detectives discovered Younger had a Facebook page in the name of Frank Zaitchik while examining her phone, according to police reports.

Police said Fowler told investigators that Frasier stabbed Alfred Carpenter before Fowler shot him. Fowler then went into the couple's camper and shot Pauline Carpenter, according to police reports.

Fowler told investigators that the killings were an initiation into the carnival mafia, police said. Zaitchik also told texted others to clean the inside of the camper and to dispose of the bodies, Fowler allegedly told investigators.

The four suspects loaded the couple's bodies into the camper and dumped them in a creek bed north of Cedarville, according to police reports. Tenney's sister-in-law told authorities Tenney called and said she was kidnapped by three others who had murdered an elderly couple and that she's being held against her will, police said. Authorities found the suspects at an apartment complex.