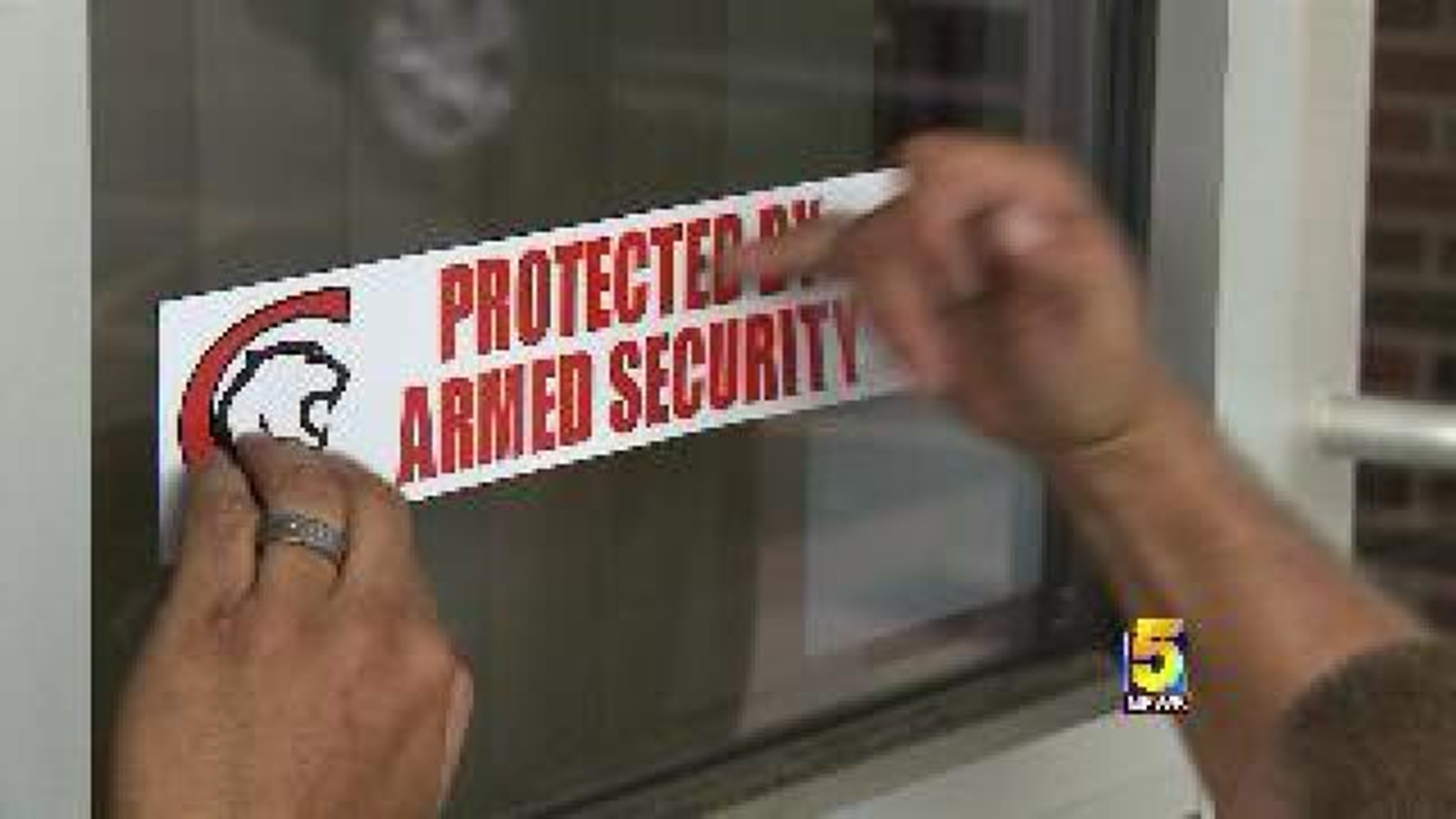 Hopkins said signs are also going up on campus telling parents and bystanders that there are armed guards on the school grounds.

The teachers and staff are licensed and trained to act as security guards in an emergency situation. The school is working closely with the Clarksville Police Department as they proceed with the new security plan.

This comes after a state licensing board---who earlier in the day voted to bar two Arkansas school districts from arming teachers, administrators and staff as volunteer security guards---changed its mind and voted to allow staff to carry firearms Wednesday.

The Arkansas Board of Private Investigators and Private Security Agencies voted the Cutter Morning Star School District could keep its licenses for another two years Wednesday (Sept. 11), according to a report from THV 11 in Little Rock. They later decided Clarksville, Lake Hamilton and 11 other school districts could continue using a licensing law to employ teachers, administrators and other staff as armed security guards.

However, the agency says they will not accept any new applications from schools wishing to train and arm staff as security guards.

“The board just simply said that according to the definition a school district does not qualify as a private company so we’re not gonna approve any new applications," said Ralph Sims, AR Private Security Agencies Board Chairman.  "The ones that are already in place will be allowed to remain until the legislature has the opportunity to rule on them.”

Earlier in the day the board voted 3-2 that the schools could not arm staff.

“Schools ought to bid it out to outside contractors, not have employees as security," said Jack Acre, Board Member.  "If you’re a teacher, you can’t teach school and be a security guard or if you’re driving a bus, you can’t do it.”

Last month, the panel suspended licenses issued to the 13 districts, agreeing with an attorney general Dustin McDaniel’s opinion that the schools could not use the licensing law to arm employees.

Hopkins estimates the school district has spent $68,000 on the training. To hire a school resource officer to patrol the buildings would have cost the district approximately $50,000, Hopkins said.

Click here for more coverage of the controversial issue.