ARKANSAS (KFSM) – An Arkansas lawmaker’s newly-introduced bill would require women taking abortion pills to take that medication in front of a doctor and with t... 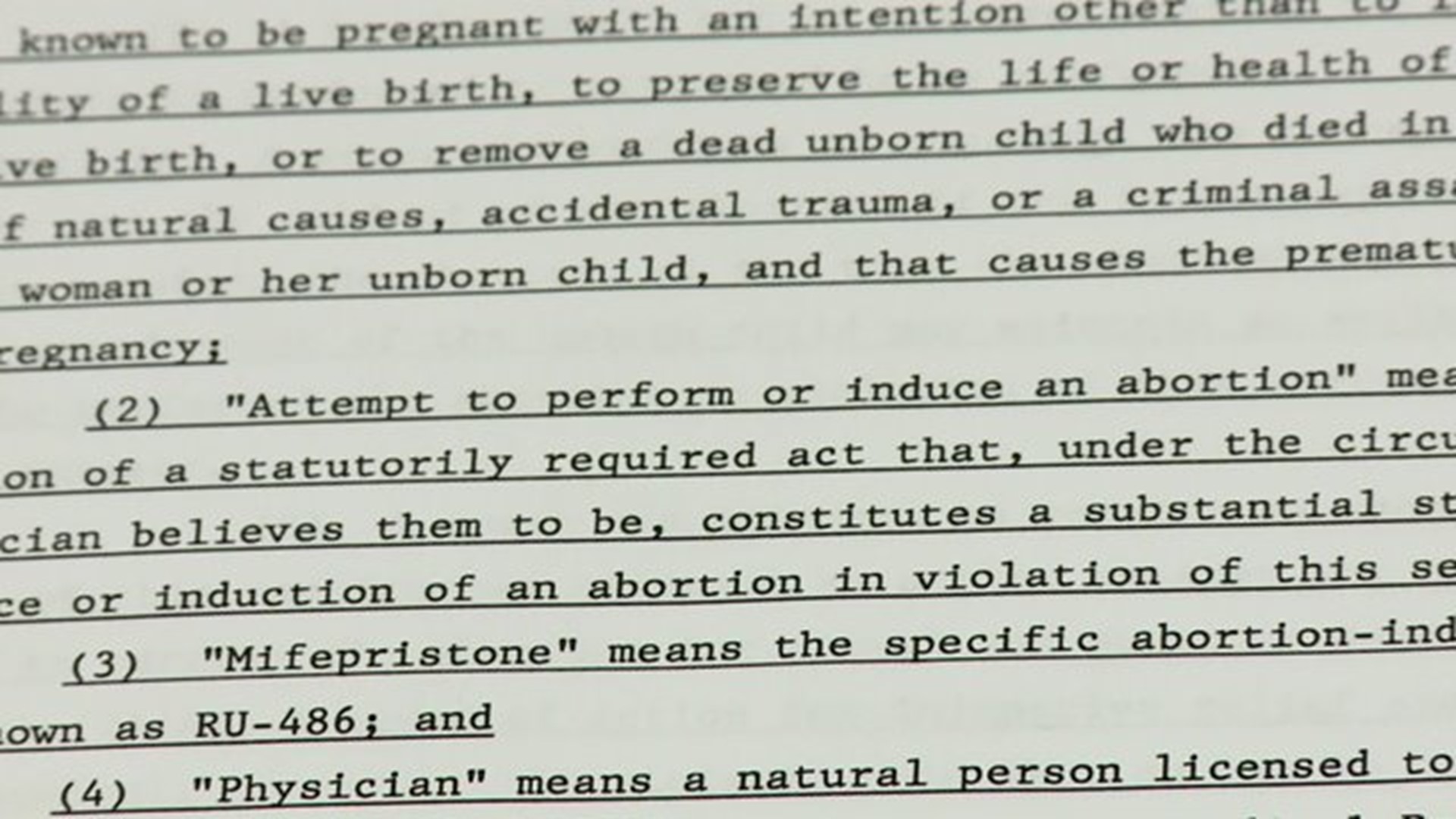 ARKANSAS (KFSM) – An Arkansas lawmaker’s newly-introduced bill would require women taking abortion pills to take that medication in front of a doctor and with the doctor’s permission.

Rep. Julie Mayberry (R-Hensley) introduced House Bill 1076 to the Arkansas State Legislature. The bill states, “When mifepristone or another drug or chemical is used to induce an abortion, the initial administration of the drug or chemical shall occur in the same room and in the physical presence of the physician who prescribed, dispensed or otherwise provided the drug or chemical to the patient.”

The drafted bill goes on to state it would require the patient to follow up with the doctor 12 to 18 days later to confirm the abortion has worked and to assess the patient’s medical condition.

A doctor violating the requirements of the bill would be stripped of their physician license, the proposed law states.

The bill goes on to state no penalty would be assessed against the woman seeking the abortion pill in the situation.

Arkansas’ legislative session began Monday. Mayberry’s bill is in the Public Health, Welfare and Labor Committee in the state House of Representatives.