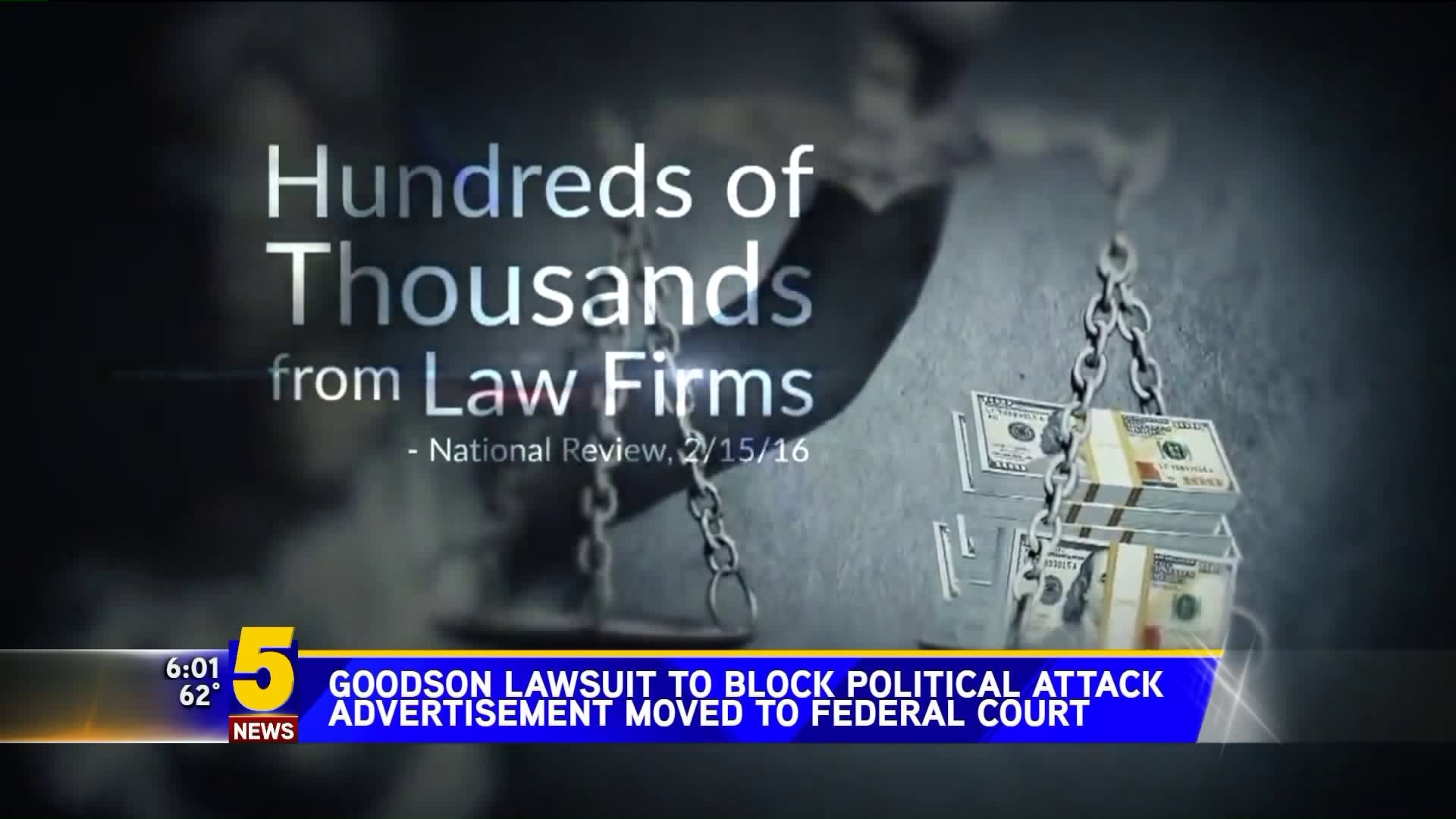 An attorney for the Republican State Leadership Committee on Friday filed notice that Justice Courtney Goodson's lawsuit against the group has been moved from Pulaski County Circuit Court. Goodson on Thursday filed a lawsuit seeking a halt to the group's ads and mailers.

Goodson is running against David Sterling, an attorney for the state Department of Human Services, in next month's election.

“What this dark money group wants people to believe is that I`ve taken gifts or money in exchange for money or favorable treatment in the courtroom and that is a lie. It has never happened, and it never will happen,” Goodson said.

David Sterling said he has nothing to do with the group behind the ads.

It`s unfortunate this litigation is going on, I`ll just pray for a fair and just outcome of their dispute and my election for that matter based on the constitution, truth and facts,” he said.

But godson thinks there are a lot of commonalities between her opponents’ campaign and the D.C. dark money group and it’s alarming this could affect the outcome of this election.

“That we have a group from Washington D.C. funneling millions and millions of dollars into our state to buy a seat on the Arkansas Supreme Court and that`s why I`m fighting back. I will stack my record next to those Washington D.C. lies any day of the week,” Goodson said.

Sterling thinks this ad and lawsuit can be a distraction, but he`s encouraging voters to not let it be.

“I`ve been out here on the campaign trail now for 10 months talking about my judicial philosophy and giving people an alternative to the incumbent. I have not said anything negative about my opponent throughout this campaign,” he said.

The RSLC's Judicial Fairness Initiative has spent $1.1 million so far this fall on the high court race.