LITTLE ROCK, Ark. (AP) — A former Arkansas lawmaker, the nephew of Gov. Asa Hutchinson, is accused of accepting bribes in exchange for helping a Missouri nonpro... 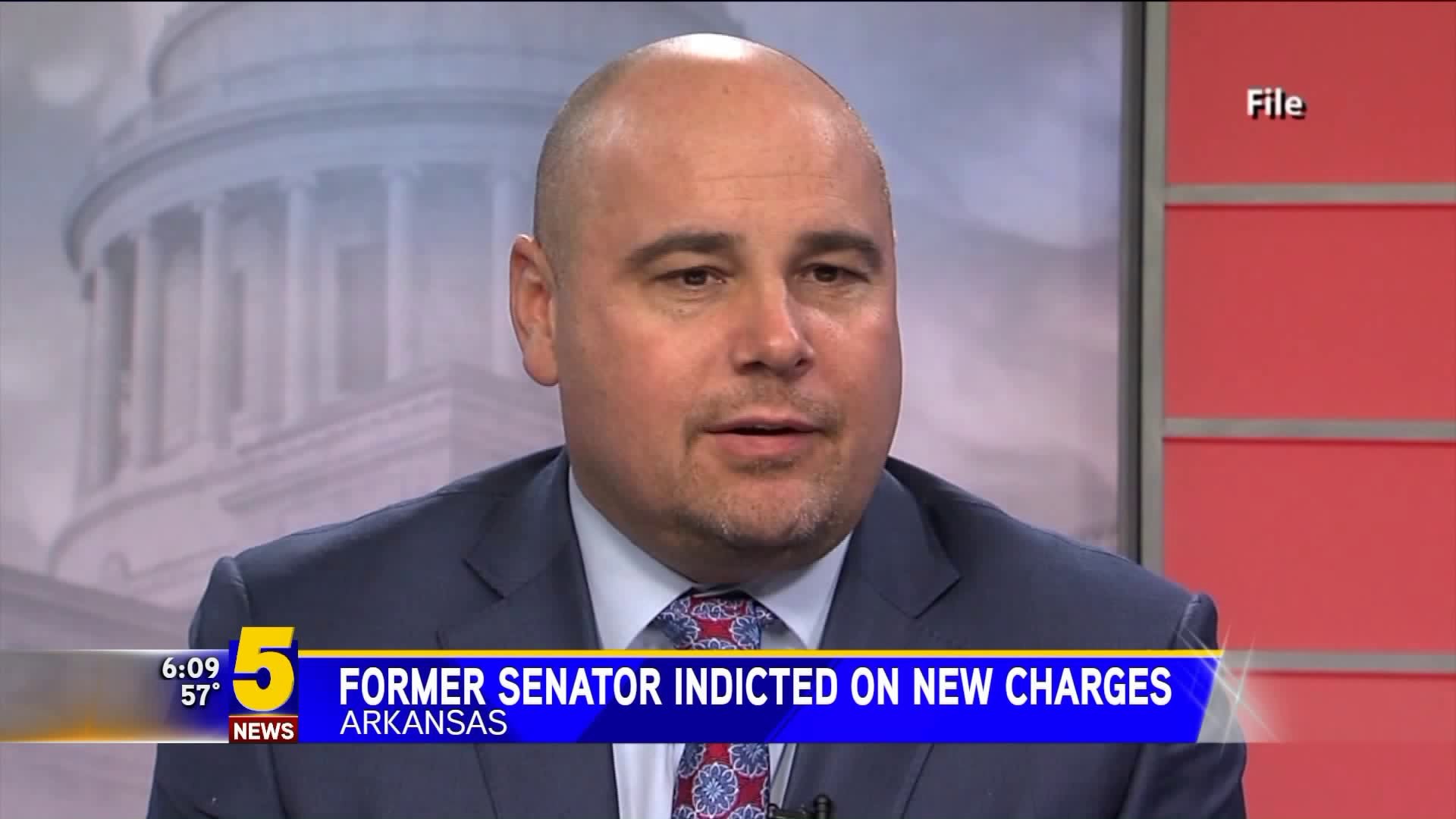 LITTLE ROCK, Ark. (AP) — A former Arkansas lawmaker, the nephew of Gov. Asa Hutchinson, is accused of accepting bribes in exchange for helping a Missouri nonprofit in a widening federal corruption probe that already has ensnared several state legislators, according to an indictment unsealed Thursday.

Hutchinson pleaded not guilty to the bribery, fraud and conspiracy charges Thursday morning, and a trial was set for June 10. Hutchinson already faced separate federal chargesthat he spent campaign funds on personal expenses. He has also pleaded not guilty in that case and is seeking to have the charges dismissed.

Hutchinson's attorney predicted his client would ultimately be exonerated.

"Today's indictment is a reminder that the government's power to violate the Fifth and Sixth Amendments by forcing the same person to defend himself on multiple charges in multiple places, all at the same time, must be checked," Marc Mukasey said in a statement. "We will fight the government no matter how many times, or in how many places, they bring their trumped-up charges."

Hutchinson's dad, former U.S. Sen. Tim Hutchinson, proclaimed his son's innocence and questioned the decision to charge him while he's fighting the case over the campaign cash.

"This recent ploy undeniably increases the pressure on Jeremy, who now faces a costly two front defense against the government's unlimited resources," Tim Hutchinson said in a statement. "But I respect and support Jeremy in his decision to not plead guilty to any accusation of which he is innocent."

Seven former Arkansas lawmakers have been ensnared in corruption investigations since January 2017.

In Thursday's indictment, Hutchinson is accused of accepting thousands of dollars, including through cash, checks and attorney's fees, in exchange for legislative action benefiting the nonprofit, its executives, lobbyist Rusty Cranford and Cranford's clients. Cranford admitted last year to bribing lawmakers as part of the scheme. The indictment says the legislative action included Hutchinson holding up agency budgets and directing state money toward the nonprofit.

The former executives charged in the indictment are Bontiea Bernedette Goss and Tommy Ray Goss, who also pleaded not guilty. The two are accused of using the charity's money and property to bribe Hutchinson and other elected officials.

The two are also accused of embezzling and using charity funds for personal expenses, including chartered flights for themselves, family members and their dogs.

The corruption probe has also involved other former executives from Preferred Family Healthcare. Its former CEO pleaded guilty last year to helping bribe Arkansas lawmakers. Attorneys for the Gosses said in separate statements that the two were not aware of any criminal activity, and did not knowingly or intentionally violate the law.

The ongoing corruption cases prompted the state Senate to overhaul its ethics rules last year, including expanding financial disclosure requirements for state senators. Legislative leaders in February unveiled a package of ethics bills aimed at cleaning up the Capitol's image.

The governor on Thursday called the latest indictment "another sad day" for the state.

"As a public official, I am concerned with any allegations of wrongdoing by elected officials. As an uncle, I continue to pray for Jeremy and know that he seeks his day in court," he said in a statement. "I am hopeful that everyone will let the criminal justice system work and wait to draw conclusions until such time as all the facts are known."