LITTLE ROCK, Ark. (AP) — Arkansas’ governor on Monday backed an effort to change the meaning of a star on the state flag that honors the Confederacy to in... 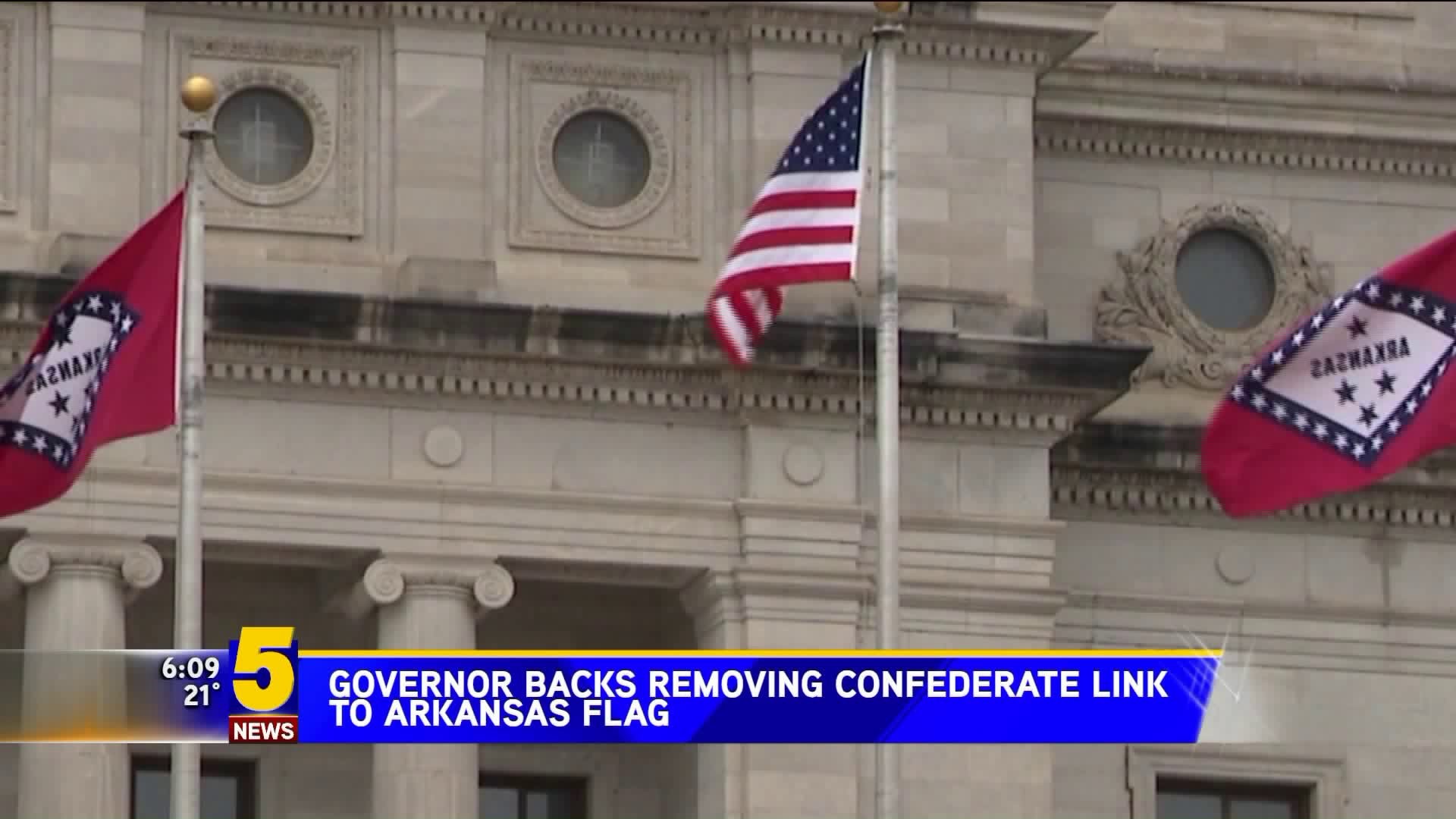 LITTLE ROCK, Ark. (AP) — Arkansas' governor on Monday backed an effort to change the meaning of a star on the state flag that honors the Confederacy to instead have it acknowledge Native Americans' contributions to the state.

Republican Gov. Asa Hutchinson told The Associated Press that he'd support the proposal to change state law regarding Arkansas' flag if it comes up again during the legislative session. The proposal, which wouldn't have changed the design of Arkansas' flag, failedbefore a state House committee last week.

"It's the right thing to do," Hutchinson said.

The proposal would have changed the legal meaning of the blue star above Arkansas' name on the state flag. The star currently represents the Confederate States of America. The bill instead would have it represent the Native American tribes that inhabited the state, including the Quapaw, Osage and Caddo.

"I don't know that we need to recognize Arkansas in a state of rebellion," Hutchinson said. "I think we'd be better off recognizing those nations, from the Indian tribes to others, that we've been under."

Hutchinson said that having the star represent the Confederacy is painful for many in the state.

"Whenever you see the hurt it brings to a significant part of our population, I don't think it's worth it," Hutchinson said. "I think you ought to strive as a state to remove that hurt and this seems like a reasonable approach to that."

Democratic state Rep. Charles Blake, who proposed the change, said Monday that he's inclined to try again with the measure before the House panel. Blake, who is black, is the top Democrat in the majority-Republican state House. Blake said he believed Hutchinson's support would help the measure.

Hutchinson in 2017 signed into law a measure removing Confederate Gen. Robert E. Lee from the state holiday honoring civil rights icon the Rev. Martin Luther King Jr. That proposal had repeatedly failed during a 2015 legislative session and Hutchinson made it part of his legislative agenda two years later.

Blake's bill drew similar opposition from descendants of Confederate veterans, who cast it as an effort to erase history.