FAYETTEVILLE, Ark. (KFSM) — The Razorback Baseball team is officially on the road to Omaha. The team was given the proper send-off by fans outside of Baum-Walke... 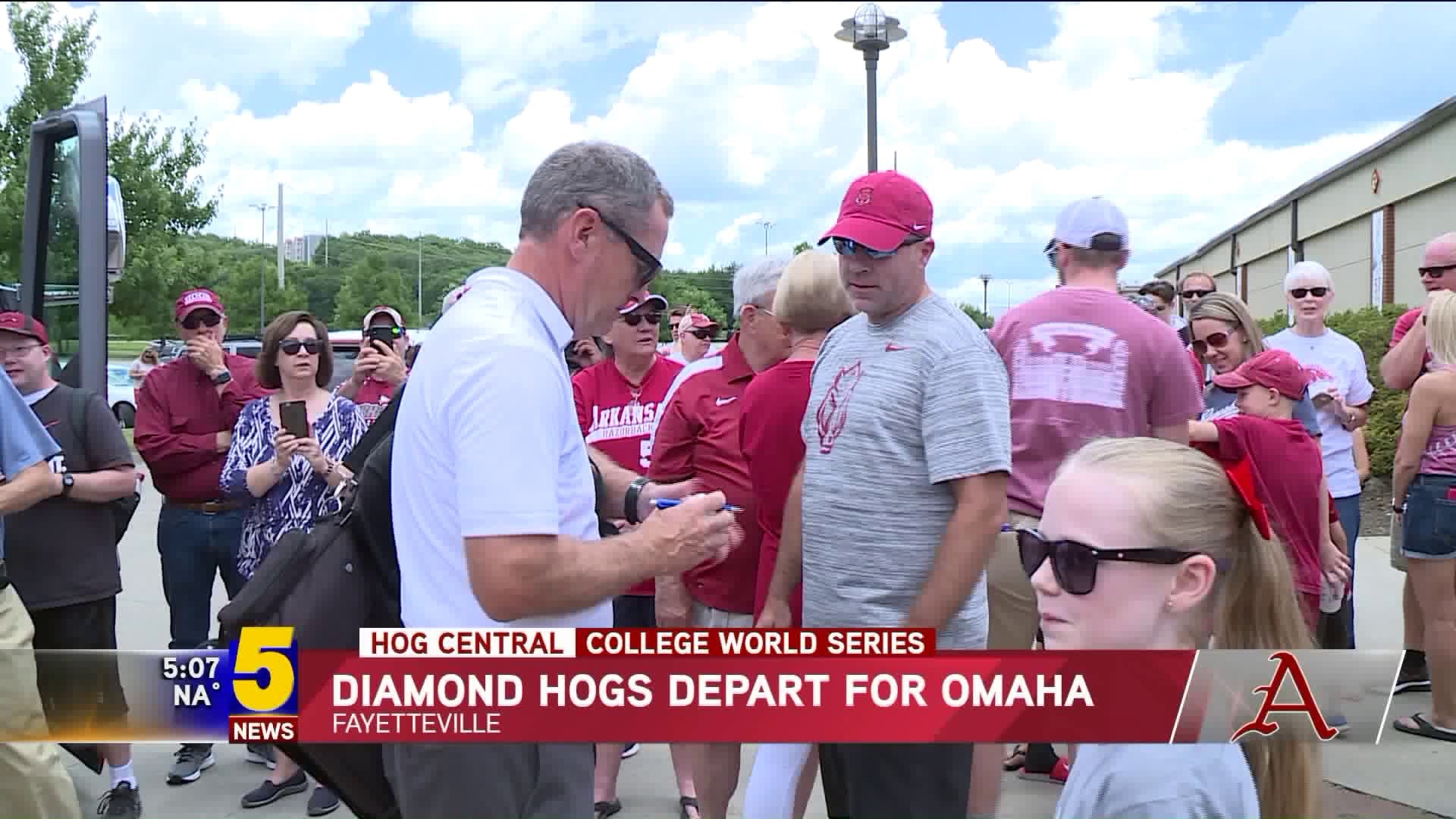 FAYETTEVILLE, Ark. (KFSM) — The Razorback Baseball team is officially on the road to Omaha.

The team was given the proper send-off by fans outside of Baum-Walker Stadium Wednesday (June 12) with a Hog call.

“I’ve been a hog fan my whole life and to watch them come so close last year and just not win. To have them come back and win it this year would be amazing,” said Hog fan Meredith Ghean.

Ghean and her brother Jack where just one of the many Arkansas fans who came out to cheer on the boys. They will be heading to Omaha to root for them during their first game Saturday (June 15).

“I’m hoping they do better because I think the hogs have a better shot at it this year because their squad is very good this year,” Jack Ghean said.

“I feel like this team is a lot more special than last years just from the fact that we weren’t expected to make it this far," Rugger said. "We came into this season with lower expectations as a rebuilding year, so I feel like the guys are really motivated."

“We know our guys are hooked up and ready to go every day at this time of year and for me personally it’s just about enjoying it and watching these guys play. You know we wouldn’t be in this position if we weren’t a pretty good team,” Van Horn said.

Kathy Philips and her family will be making the trip to Omaha again this year with confidence things turn out better for the Hogs.