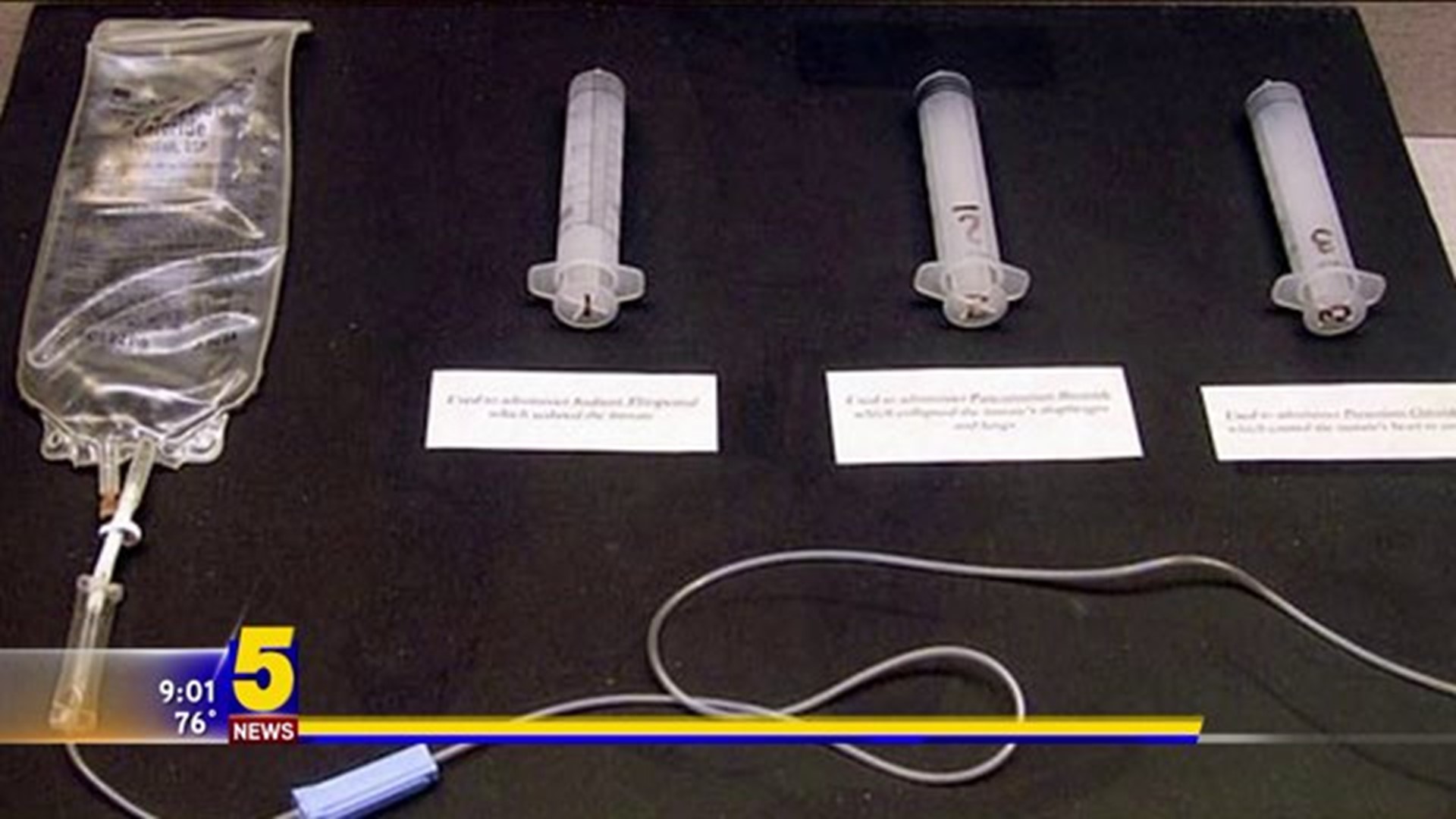 LITTLE ROCK (KFSM) -- The Arkansas Department of Corrections informed Attorney General Leslie Rutledge Wednesday (August 13) that it has obtained lethal-injection drugs and an official protocol for using them, according to a statement from her office.

The next step is for Rutledge to provide names to the governor of inmates who have exhausted their appeals and ask that he set execution dates, according to the statement.

The purchase of the drugs could mean an end to a 10-year hiatus on executions in the Natural State after appeals by death row inmates and disputes over the constitutionality of lethal-injection drugs and protocols.

Arkansas Rep. Rebecca Petty, R-Rogers, whose 12-year-old daughter was murdered by a relative who is now awaiting the death penalty, said getting the lethal injection drugs is a step forward for the judicial system in Arkansas.

"When it comes time for justice, justice needs to be served," she said. "If you have a jury that recommends the death penalty to a person who has committed a heinous crime, then if the jury recommends that, that is what needs to be done."

But according to national organizations, like the National Coalition to Abolish the Death Penalty, the death penalty is flawed with issues like the cost of performing executions and the possibility that someone who will later be proven guilty could be executed.

Steve Barnes of Reuters reports the drugs purchase by the ADC included midazolam, a sedative death penalty opponents have challenged as inappropriate for executions since it does not achieve the level of unconsciousness required for surgery.

On June 29, the U.S. Supreme Court ruled the drug does not violate the U.S. Constitution's ban on cruel and unusual punishment and in March, the Arkansas Supreme Court upheld lethal injection in the state.

Arkansas law allows information on the drugs used in executions to remain secret.

Eight of the 35 people on Arkansas' death row have exhausted all their appeals, but there is no timetable for when the governor will set their executions, according to Rutledge's office.

Midazolam is also used in Oklahoma, Florida, Ohio and Arizona.