ARKANSAS (KFSM) — County coroners are blaming outdated and cumbersome laws for unclaimed bodies that are stacking up at some coroners offices around the state. ... 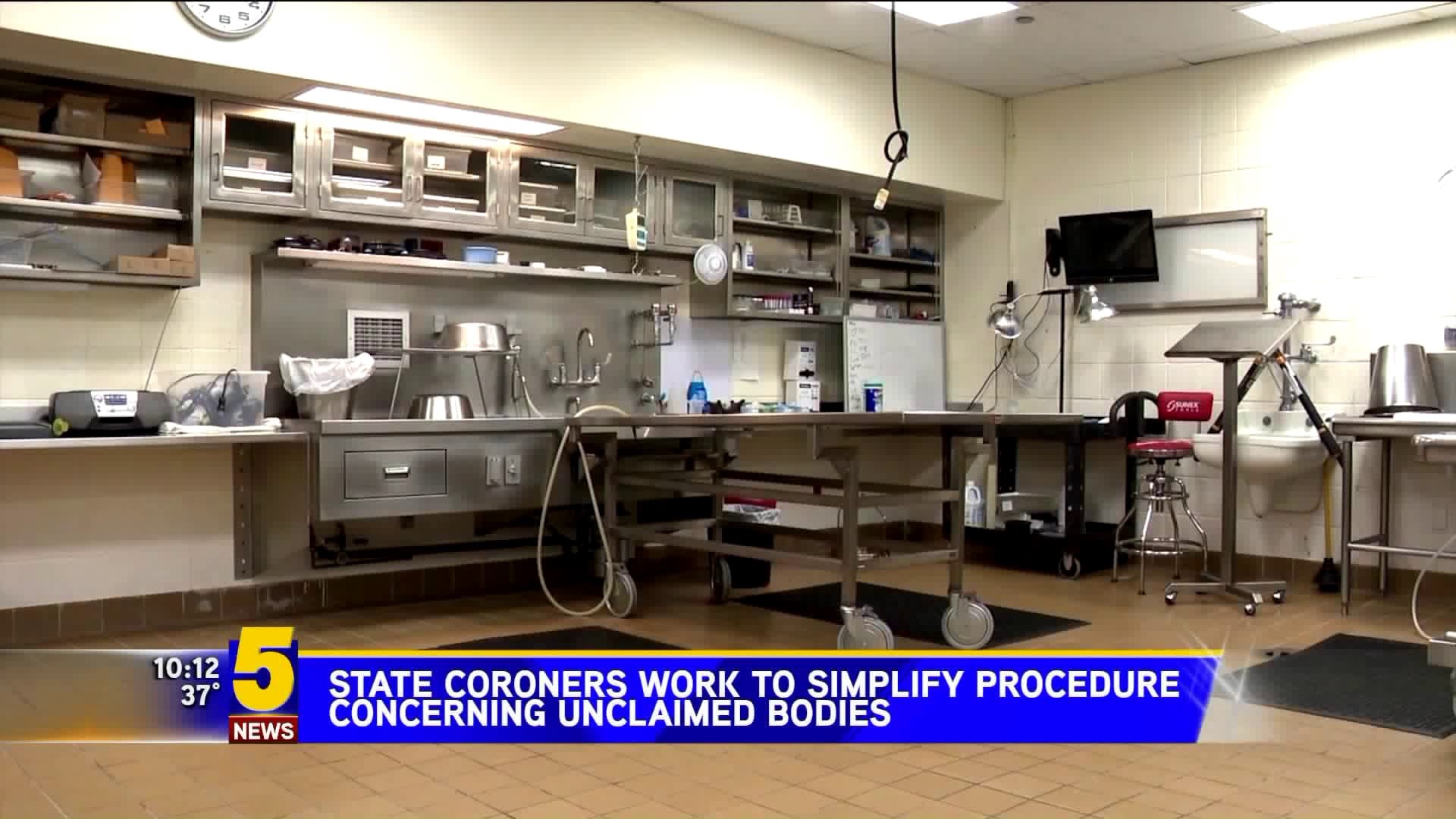 ARKANSAS (KFSM) — County coroners are blaming outdated and cumbersome laws for unclaimed bodies that are stacking up at some coroners offices around the state.

The search for the next of kin is the first part of the problem. The law as written sets no definition of "next of kin" which allows for the search process to drag on until a court deems every possible relative has been contacted.

It creates a scenario where some unclaimed bodies are held onto for weeks. Regardless of why the bodies remain unclaimed, the responsibility now falls on the county coroner to dispose of the body. Some say the current law gives coroners limited options for unclaimed body disposal.

"For lack of better terminology, we're stuck trying to figure out what we're going to do with the disposition. That's where the breakdown comes with our state laws as far as what our rights are, what we can do as far as performing the disposition of these unclaimed bodies," said Kevin Cleghorn, Coroner President of the Arkansas Coroners Association.

Last week, a bill was filed at the State Capitol to help better clarify the search for next of kin and expand the options coroners have for disposing of unclaimed bodies.

The bill would set the definition of next of kin as a spouse, parent, child or sibling. It would set a five day limit on the search for next of kin.

The legislation would also add language to allow friends or veterans services to claim the body if the next of kin search is exhausted.

This would also expand the possibility for an unclaimed body to be donated for scientific research.