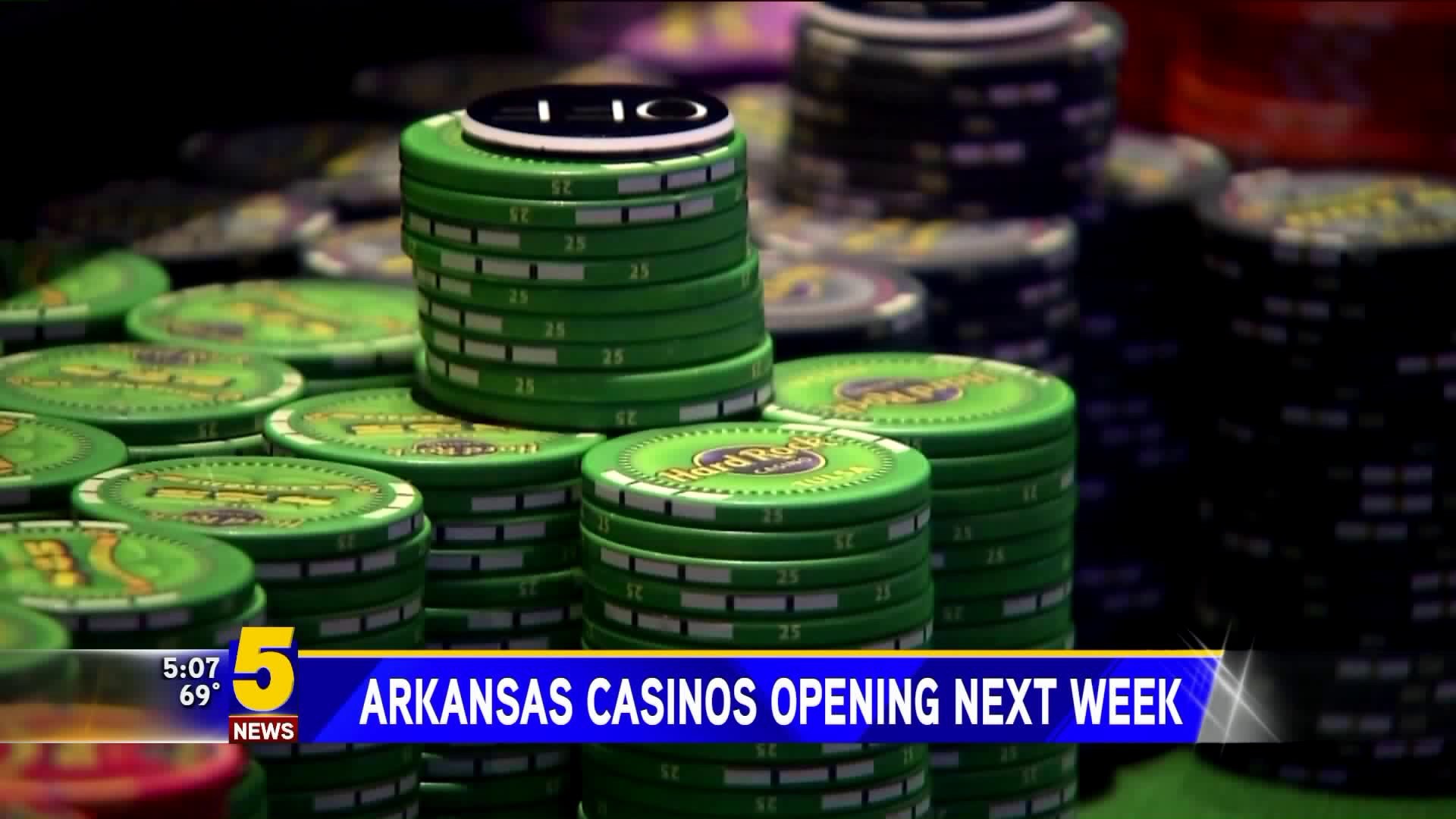 Fewer than five months after voters approved a constitutional amendment to legalize casinos, Oaklawn Racing Casino Resort in Hot Springs and Southland Casino and Racing in West Memphis will open their doors for gamblers looking to play blackjack, poker, roulette, slots and a host of other games.

Here's what casino-goers should expect for the two operational casinos, as well as for the two prospective facilities in Jefferson and Pope counties.

WHERE WILL THERE BE GAMBLING?

At 4 a.m. Monday, Southland will officially begin its casino operations, inviting its regular customers to have a first bet on the house, said General Manager David Wolf.

Before the amendment, the tracks had to close for Easter and Christmas, but now they'll be open 24/7. Both casinos will continue their racing operations unchanged and expect to start sportsbook betting in the coming months.

But that's just the start for both casinos. Southland expects to break ground in May or June on a $250 million expanded facility, which will include a 20-story hotel with four restaurants. That'll add an additional 500 slot machines and 20 table games, and Wolf says it will create between 300 and 400 jobs, in addition to the 100 supervisory and management staff positions added in the last five months.

Oaklawn is expanding its facilities as well. In November, the casino announced a $100 million expansion with an expected construction date in May. Those new facilities include a 200-room hotel, an entertainment venue, restaurants, and 28,000 square feet (2600 square meters) of additional floor space for games.

HOW MUCH MONEY WILL THE CASINOS GENERATE?

An initial revenue assessment created before the election suggested that the state would initially take a hit financially, because the tax rate for casinos is lower than the tax rate for facilities with electronic games of skill, but would ultimately gain additional revenue.

A new assessment, which assumes only three casinos will operate until 2022, projects that by 2020, the state will generate $31.2 million a year. Starting the following year, any excess revenue over that $31.2 million mark will be dedicated to funding the state's new highway plan. By 2028, the state predicts more than $74 million in revenue, $43 million of which will fund highways.

WHAT'S HAPPENING WITH THE CASINOS IN JEFFERSON AND POPE COUNTIES?

The Racing Commission will accept applications during the month of May for the two additional casinos, one each in Jefferson and Pope counties. Jefferson County Judge Gerald Robinson wrote a letter of support for a casino in or around Pine Bluff proposed by the Quapaw Nation, an Oklahoma tribe.

Though it's not fully finished, the proposed Saracen Casino Resort includes a $350 million, 300-acre (121 hectare) casino east of The Pines Mall, plus a resort hotel and a museum and cultural center focusing on Native Americans and African Americans in the Delta region, said Quapaw spokesman Sean Harrison.

Pope County's situation is more complicated. About 60 percent of voters opposed a casino; at the same time, voters also approved a measure that says a majority of registered Pope County voters must approve the county judge's letter of support, a threshold County Judge Ben Cross says is nearly impossible to reach.

A casino operator has received a now-rescinded letter of support, without a county-wide vote, from the former judge, Cross said. He expects a long legal battle which could reach the state Supreme Court. The upshot is that Pope County won't see a casino for months, maybe years.