NORTHWEST ARKANSAS (KFSM) — A controversial bill was filed in Arkansas that would ban people from buying junk food with SNAP benefits. If this bill were t... 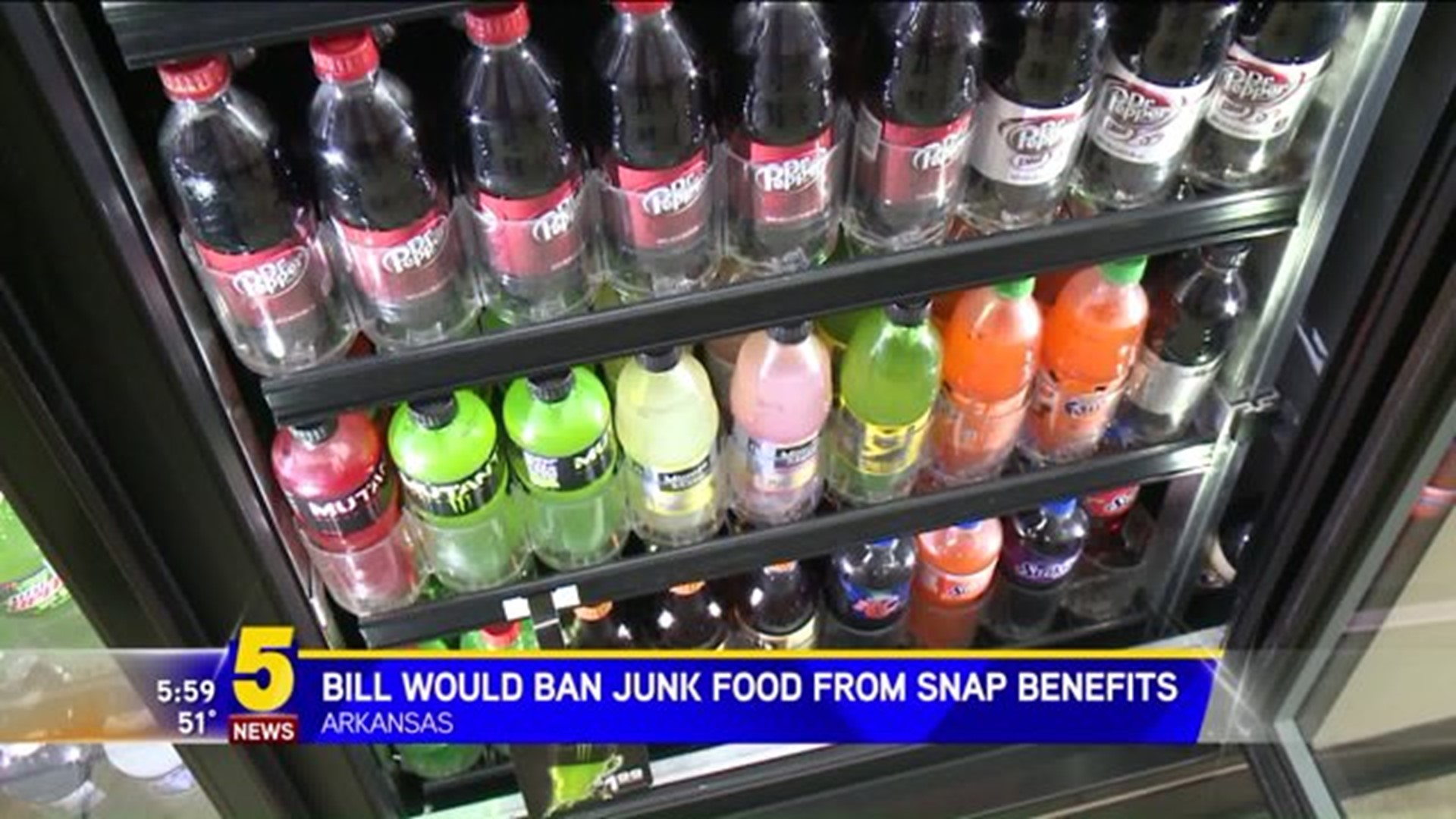 NORTHWEST ARKANSAS (KFSM) -- A controversial bill was filed in Arkansas that would ban people from buying junk food with SNAP benefits. If this bill were to pass, you could no longer use your snap benefits to buy things like chips and candy.

One woman who receives SNAP benefits said she thinks it's a great idea.

“All my life I've been behind people while they get chips and sods and candy and their kids grab those lunchables and ice cream and pile their carts full of junk food and just waste our money,” Cynthia Pahmiyer said.

But others said they feel they should be able to buy whatever they want.

Rep. Mary Bentley, R-District 73, said with the serious obesity problem in Arkansas as well as the downfall coming to Medicaid, the representatives need to look for ways to make our state healthier and decrease the cost of Medicaid in the long run.

“The number one thing purchased with food stamps is soft drinks. I mean that is a serious problem, we look at the detriment to bones, increase in diabetes with soft drinks,” Bentley said.

Bentley said she just wants people to have a better quality of life and SNAP benefits are meant to supplement nutrition.

"We have a large amount of food stamps in our state, but yet we have the highest rate of senior hunger and hunger for kids. So obviously, the food isn't headed in the right direction. I want it to be used for food at the table and to feed kids,” Bentley said.

Bentley also said the USDA has not approved this for any state and because they said it's a huge overhaul.