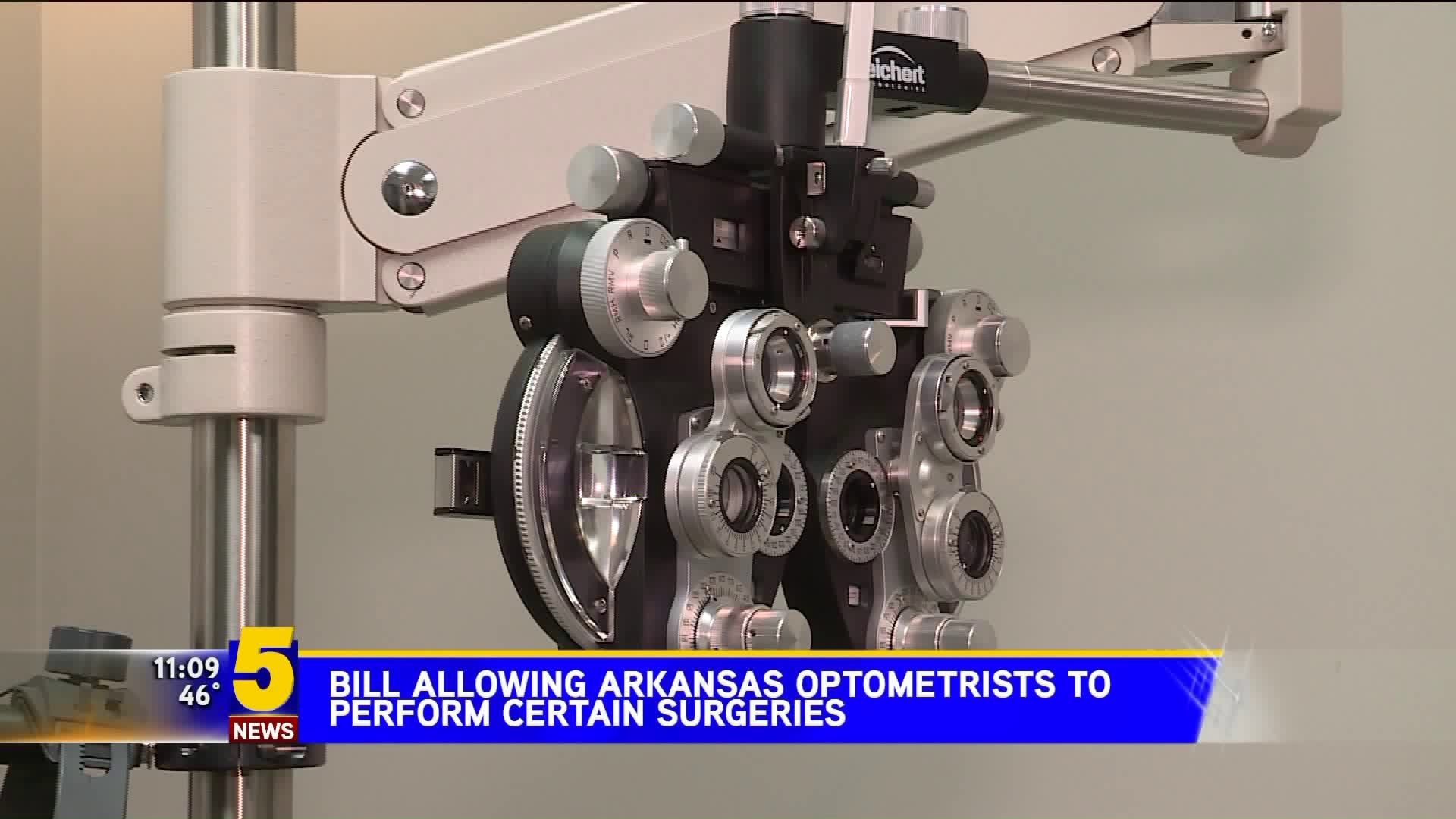 Excluded are procedures that involve general anesthesia and those that would penetrate the globe of the eye.

"To provide access and greater convenience and care for the patients and give patents and greater choice. So, it saves them time from having to go see another doctor when they already expect these procedures to be done by me," said Shane Laster, a Fort Smith optometrist.

Laster says during that time many receive training in these surgical procedures.

State Representative Stephen Magie, D-Conway, an Ophthalmologist with a medical degree, says it's not the same.

Laster says it will also help people save money.

"We will bill the same as if was done by another health care provider. Now what you will save since these are done in the office you won`t have a facilities fee," said Laster.

Magie argues it takes years of training to develop the skills needed to perform this kind of surgery.

"There`s nothing minor about surgery. As easy as some surgical procedures can be there can be risks and complications and problems that can occur that they`re simply not equipped to manage," said Magie.

Correction: Only 3 other states have given primary care eye doctors the ability to perform these surgical procedures including Oklahoma. A previous version of this article indicated there were 18.