LITTLE ROCK (KATV) — The Arkansas Attorney General’s Office routinely hears about preteens and teenagers who are bullied or have started relationships with stra... 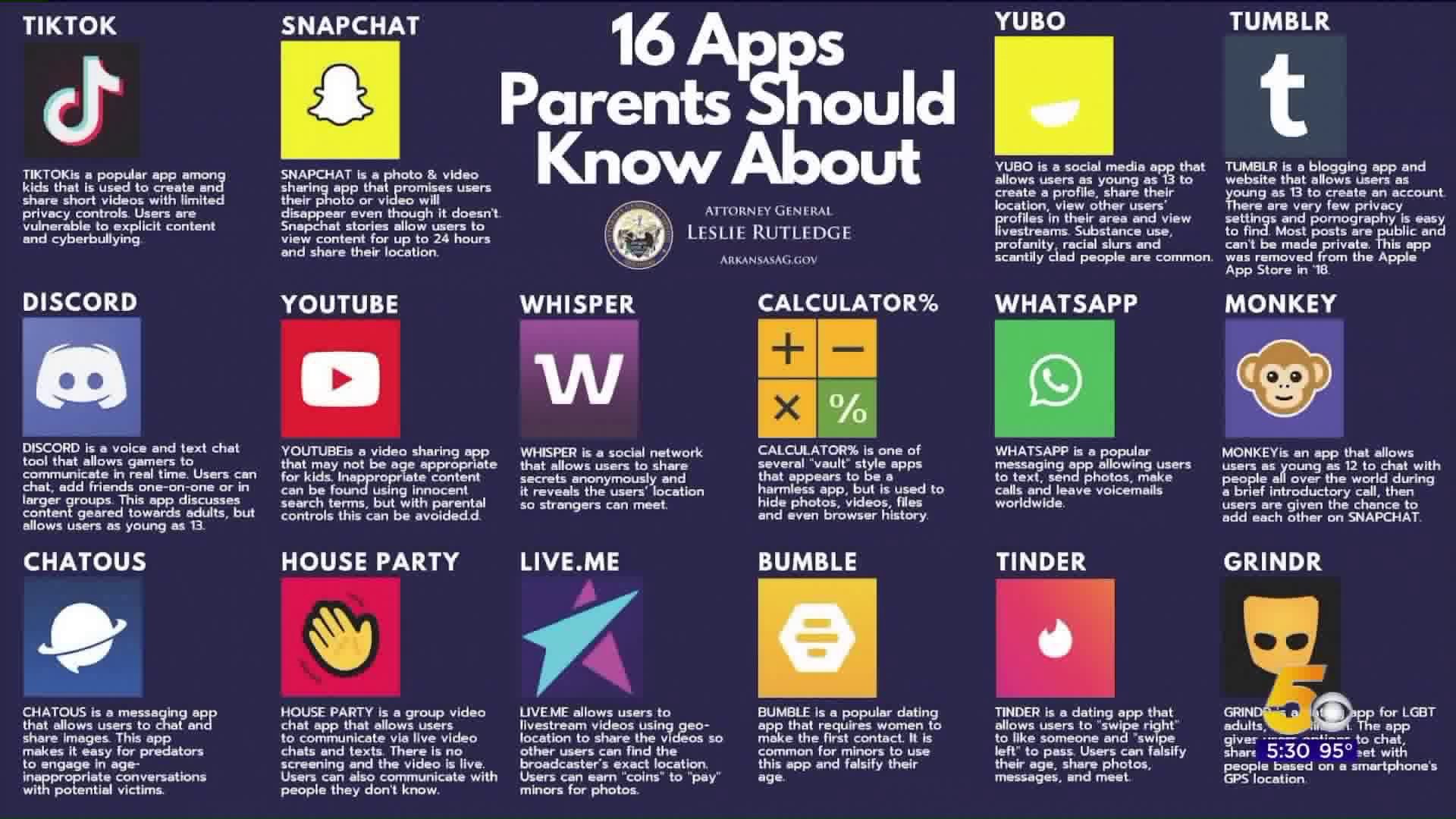 LITTLE ROCK (KATV) — The Arkansas Attorney General’s Office routinely hears about preteens and teenagers who are bullied or have started relationships with strangers online, states the website.

“Keeping Arkansas kids safe is a top priority,” said Attorney General Leslie Rutledge. “Being informed, opening every app on your child’s phone and knowing who they are talking to are some of the best ways we can protect our kids from predators and online bullying.”

“I was just hanging out with some friends the other day and everyone was just on tik tok, making tik toks and that is super fun I’ve made some with my friends before and that is fun,” said Hannah Wyler.

An expert team analyzed some of those and says one poses as a calculator but actually steals personal information, such as browsing history and location.

“Kids, you know, are just not acutely aware of where their information is going. They’re trusting and I love that they’re that way but in this day and age you really just have to be on top of it and make sure that they know what to do and not to do and to keep their information to themselves,” said Hannah’s mom, Tonya Wyler.

Rutledge says the best way to protect our kids from the dangers online is to monitor their usage, always know who they’re talking to and opening all their apps.

“We just really try to stay on top of it the best we can. Really monitor their iPhone usage, the sites that they’re visiting. We use a firewall at home trying to make sure they’re staying as safe as possible,” said Tonya Wyler.

AG Alert: Being informed, opening every app on your child’s phone & knowing who they are talking to are the best ways we can protect our kids from predators & online bullying. I want to alert parents to 16 smartphone apps that may make children vulnerable to dangers online.

Visit the Arkansas Attorney General's Office website or call at 800-482-8982 for more information on smartphone, apps and internet safety.