FORREST CITY, Ark. (WREG) — Just before Christmas, an 8-year-old boy lost all his hunting gear to thieves, and he’s not finding out that good people outwe... 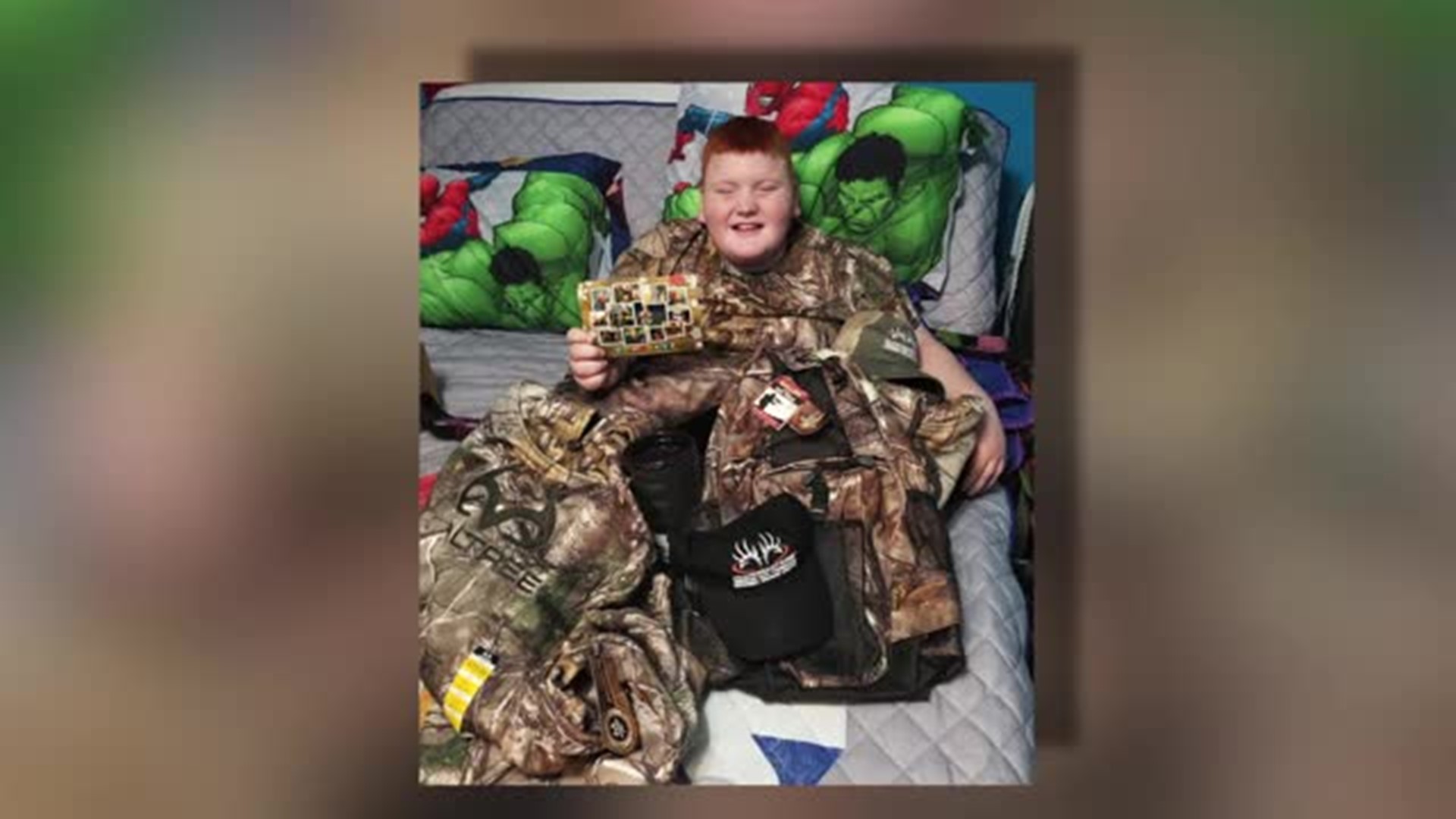 FORREST CITY, Ark. (WREG) — Just before Christmas, an 8-year-old boy lost all his hunting gear to thieves, and he's not finding out that good people outweigh the bad in the world.

Jayce Collum was devastated when his gear was stolen in December, but now people have been sending him hunting gear to replace his that was stolen.

"Buckmaster sent a whole group of things—clothes, hats, t-shirts, hoodies—you know, just to get him started back," his mother Kristen Shepherd said.

The smile on Collum's face looking at all his new gear says it all. The 8-year-old was left paralyzed after a truck crash in 2015, and he wondered how he would ever go deer hunting again with his gear stolen.

"Disappointed, mad and all that," Collum said about losing his gear.

WREG reported this in December, and since then, the family said the gifts have been pouring in.

"Since the interview was done, there have been several people to reach out to him to replace everything and get him to be able to hunt again," Shepherd said.

The gifts came from fellow hunters everywhere from Florida to California.

"We've had people donate items worth thousands of dollars," Collum's grandfather, Glenn Shepherd, said. "It's sometimes hard to comprehend that people do that."

An Arkansas manufacturer donated a new hunting stand with a wheelchair ramp to replace the one thieves ransacked.

"He can sit just perfect and look out the window and wait for the deer to come in," Glenn Shepherd said.

"It's just amazing to see the love and out-support of somebody being able to show there is more good in the world than there is bad," Kristen Shepherd said.

As for Collum, he's planning to get back to hunting as soon as possible.