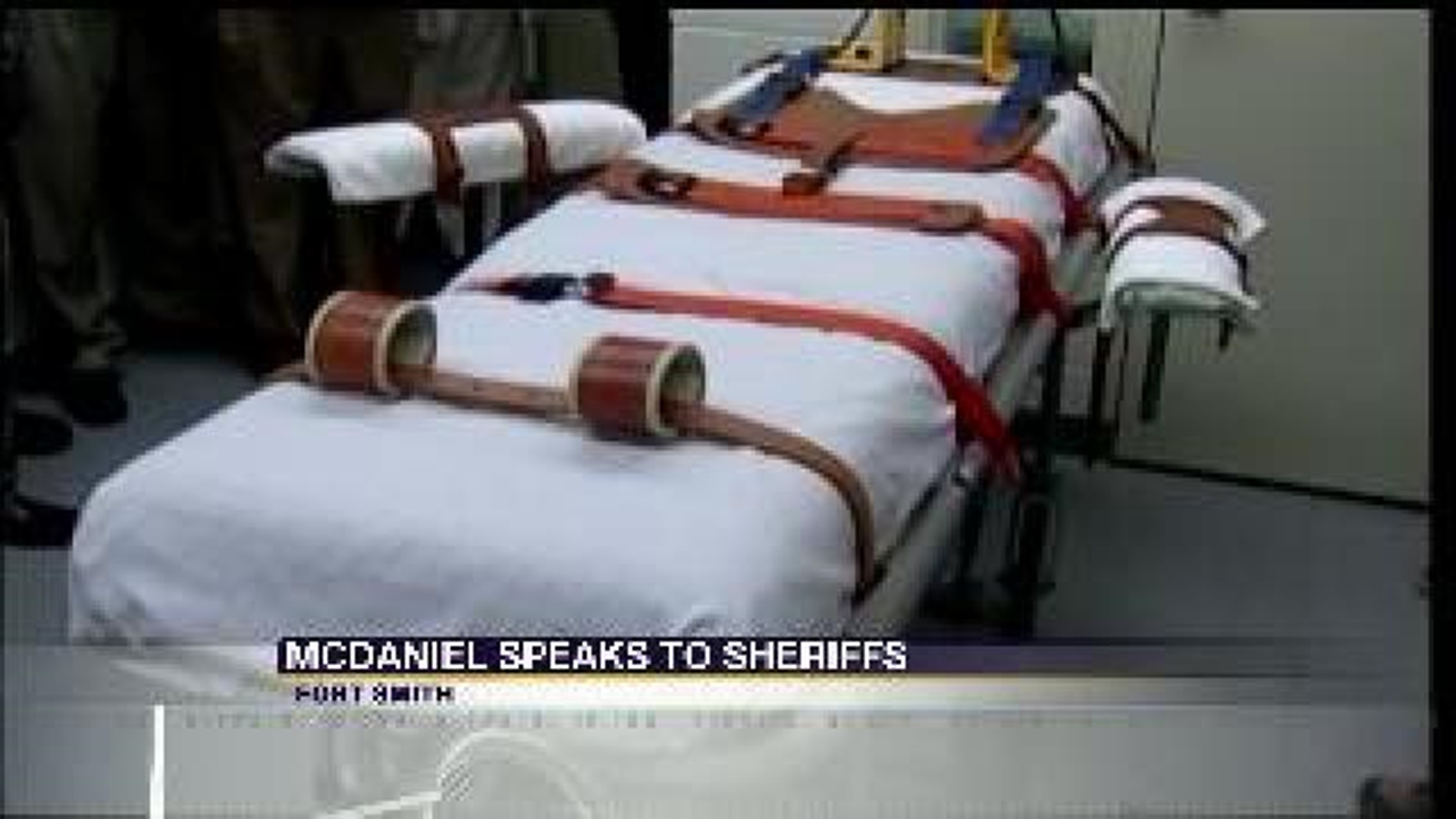 McDaniel said he supports the death penalty but the system is “completely broken.”

The issue has been a source of great frustration and confusion for many in the state, according to the attorney general.  The only legal form of execution in Arkansas is by lethal injection.

McDaniel says the state does not have a viable system for carrying out the death penalty for two reasons.

First, civil litigation has become more burdensome in death penalty cases than any other appeal and many inmates are using appeals to buy time, making it a lengthy and uncertain process, he said.

Second, the drugs needed for lethal injection are currently not available for the state to purchase, he said. Many are produced in Europe where the death penalty has been abolished and the manufacturers will not sell the drugs to the states.

So even if prosecutors fight to get the death penalty in cases and overturn appeals, convicted inmates spend an average of 15 years on death row, McDaniel said.

"The reality is, even if we win, there's no way to carry out an execution so it's time for the policy makers of Arkansas to say, 'Do we continue with a broken system and throwing money and resources at essentially pointless litigation, or do we modify the system?’" he said.

There are currently 38 death row inmates in the Arkansas Department of Correction. Appeals have been exhausted for seven of them, but no execution dates have been scheduled.

McDaniel says the state must decide whether to abolish the death penalty or choose an alternative form of execution, but he believes Arkansans find death by firing squad, the gas chamber or electric chair too barbaric.