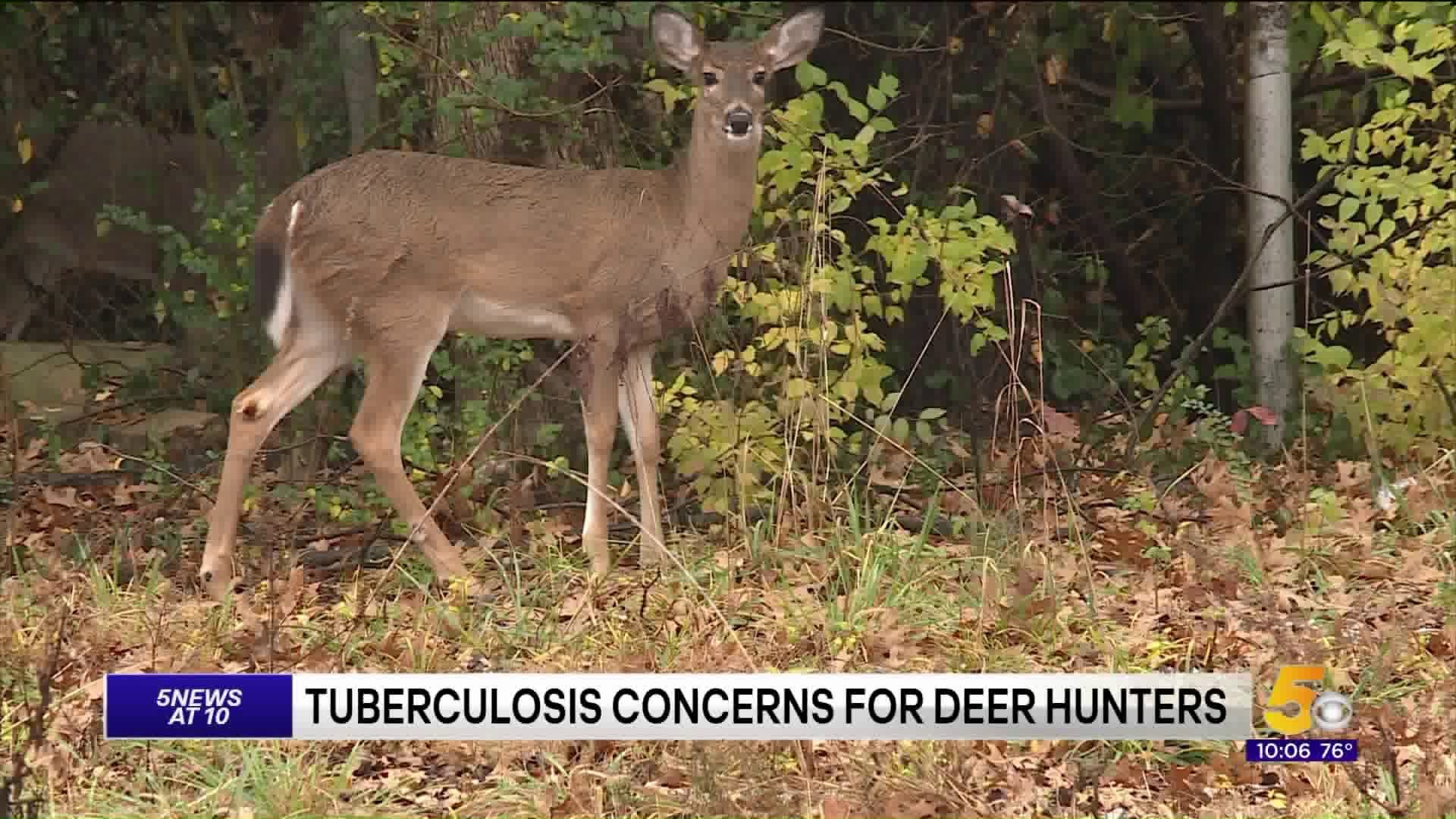 Zone 1 and Zone 1A include portions of Benton, Crawford, Madison, and Washington counties.

Parts of Zone 1 also lay in Tier 1 of the agency's Chronic Wasting Disease management zone, which places certain restrictions on hunters, including:

CWD was first discovered in Arkansas in February 2016.

Game & Fish officials say later testing determined that CWD was likely in the state for decades before being detected.

Meanwhile, the Centers for Disease Control are warning hunters about tuberculosis.

Officials with the CDC issued the warning after learning that a man likely contracted tuberculosis after dressing a deer.

In May of 2017, the Michigan Department of Health and Human Services learned of a case of pulmonary tuberculosis caused by the Mycobacterium bovis in a 77-year-old man.

Officials learned that although the patient wasn’t around anyone with tuberculosis, he had regularly hunted and field-dressed deer. Investigators learned that free-ranging deer in the area were often infected with M. bovis.

As a result, researchers have found a few other cases where an animal infected with tuberculosis actually spread the disease to humans. However, they say it is understudied.

Officials say the bacteria can be inhaled while the deer is field-dressed.

“To prevent exposure to M. bovis and other diseases, hunters are encouraged to use personal protective equipment while field-dressing deer,” the CDC says.